Please join us for a virtual neighborhood meeting where we will hear about the planned first phase of the Bus Rapid Transit (BRT) system here in Madison - and in particular, some possible changes to Mineral Point Road and Whitney Way.

The meeting will be held on Thursday, December 3, 6:00 p.m. City of Madison Department of Transportation officials will update participants on the progress of the BRT project (the first phase of which will operate between East Towne and West Towne, running through downtown Madison).

Modifications to the Mineral Point Road and Whitney Way corridors will be presented.

The project is considering the creation of bus-only lanes running down the center of the roadway, as opposed to the curb side of the street. Center-running bus lanes have several advantages, such as allowing for better bicycle accommodations and fostering an improved pedestrian environment. The creation center-running bus lanes would also potentially restrict left turns by autos at up to 4 intersections on Mineral Point Road.

Join the virtual meeting using your computer, mobile device, or listen in via telephone. Register to receive login information at: https://us02web.zoom.us/webinar/register/WN_0t1mp5NATpmd-TGTfVuZMw 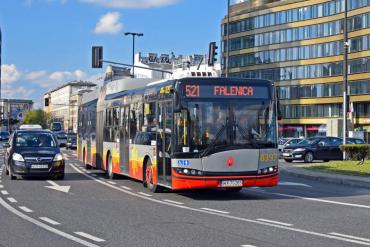