Turf medians are mowed by the City of Madison Parks. Water, herbicides, and fertilizer are not used in turf medians

There are many medians around the city that need volunteer support, for more information on the city's Adopt-A-Median program visit the website. 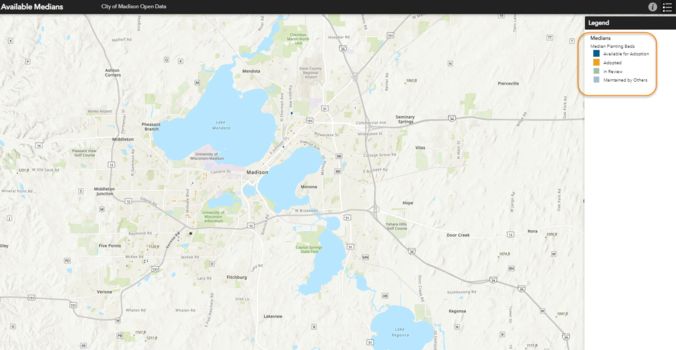