Celebrate Hispanic Heritage month by coming together to push for immigration reform and legal representation for people without permission to be in the U.S.

The American Dream, my story:

I am Latinx, a mother, the daughter of immigrants, a lawyer, an advocate and I am queer. I am the literal face of the American Dream, my mom has a sixth-grade education and yet I went to Yale College and eventually taught at the University of Wisconsin Law School. While that dream is harder and harder to attain, all immigrants without permission to be in the United States want their children to be able to pursue the American Dream. Immigration is a big part of the story of our country, it's also a big part of my story.

No one is illegal, people are more than their Immigration status

I could say undocumented or illegal - but I intentionally use 'people first' language as we are all people first, before any identity we hold or is thrust upon us.  Language is important and no one is just illegal or just undocumented, people are far more complex, whether they arrived with or without permission to be in the U.S.

Before becoming a lawyer, I was an immigration and education research assistant.  After graduating from Yale College, I helped conduct a qualitative study on schools that were successful in meeting the needs of young immigrant children. My job was to conduct ethnographic interviews and focus groups. It was my experience of being the daughter of immigrants that allowed me to help tell these important successes of the Yale Center for Child Development and Social Policy's research, which chronicled a community school model.

I was only 21 when I traveled the country, up the snowy, slippery, winding, narrow, and treacherous roads in rural Colorado, where Latinx immigrants commuted to a fancy ski resort for service jobs.  I will never forget the stench of the meatpacking plant in Iowa where a principal met with Latinx parents at lunchtime. As I collected data, interviewing mostly Latinx immigrants I saw my face reflected in theirs.

September 15 through October 15 marks Hispanic Heritage month. Many Latinx people came here for a better life for themselves and their children. Immigration has historically been racialized, but more recently, the Latinx community can at times be synonymous with immigrants.  Race, ethnicity, and immigration have always been inextricably intertwined. In the early history of the United States, Irish and Italian immigrants were not considered white. Whether it's the Chinese immigrants that built our railroads, or the Braceros Program, a migrant worker program, the economy has always been supported under the great weight of unpaid or exploited migrant or immigrant labor. My dad, for example, inhaled toxic metal dust for thirty years at a metal polishing factory.

Mexicanos, Guatemaltecos, Hondureños, and Salvadoreños–overwhelmingly bear the burden of the immigration enforcement system in the United States. Immigrants from these four countries make up 70 percent of the undocumented population but comprise 88.6 percent of immigrants that are detained and deported, and 90 percent of ICE removals.

Latinx Immigrants are Exploited without a Permanent Path to Citizenship

Currently, the Farm Workforce Modernization Act, already passed by the House and pending in the Senate, will provide farms with a stable reliable workforce by creating a path to citizenship for undocumented agricultural migrant workers, among other reforms. The US already brings migrant farm workers with permission to come to the United States to work for paltry wages under substandard housing and working conditions. Business owners often exploit workers or commit wage theft against lawfully present migrant workers.

That's great for farms, but what about other industries? The media can't stop reporting on the "big quit", ignoring that businesses just won't pay a living wage and so often immigrant or migrant labor may be the only way to control the ravages of inflation on the economy. There is exploitation at every turn, in almost every industry, such as service industry jobs, meat packing plants, and dairy farms in Wisconsin.  We all benefit from immigrant labor. Whether it is the bus boy that gets paid in cash or the migrant farm workers that work for only $13.68 an hour to pick our food; we benefit from lower labor costs and thus lower overall costs of goods and services.

My own story began before I was born to my parents.  My parents are from a tiny agricultural town in Mangas, Hidalgo, Mexico. They had limited education and thus, limited options for work. My parents came to this country without permission; they did not have permission to be here for a long time. But they got lucky, it was just good timing. My parents came before the Reagan administration decided to provide amnesty to those residing in the United States without permission. 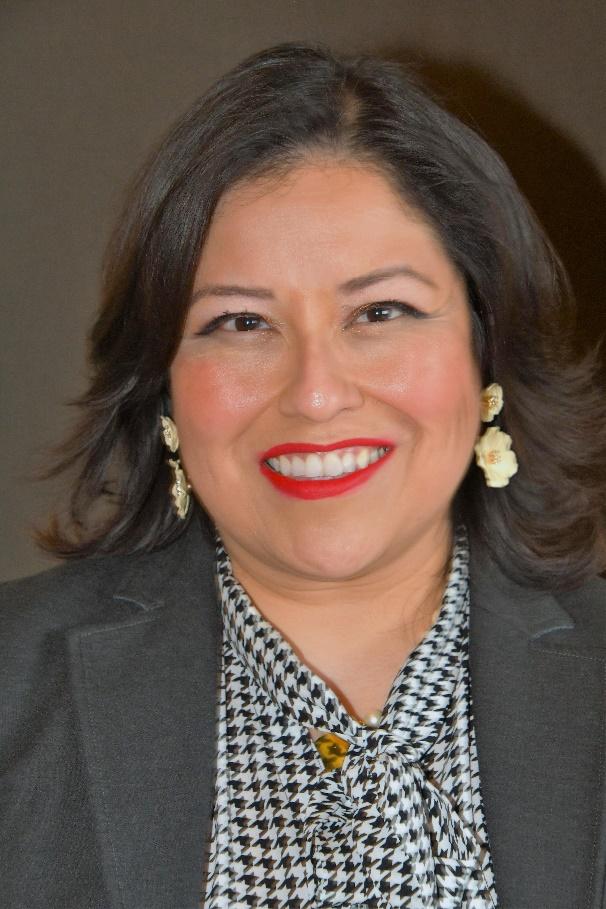 I was born in LA. We lived one avenue over from Compton. The corner store was tagged by gang members every day and every day the owner would dutifully paint it. I saw drug deals in front of my house. One New Year's Day I woke up to a busted water main uncontrollably flooding the backyard and bullets scattered everywhere; it was scary. As a result, my dad decided we needed to be safer, and we moved close to San Diego. It was a huge sacrifice for our family. He commuted 2 hours to work and so he stayed in LA during the week, coming home on weekends. It took two years for him to find a job near San Diego.

Chula Vista, where I grew up, was just 5 minutes from the US/Tijuana Border. Almost everyone spoke Spanish or was Mexican. At night behind my house, I could see Tijuana's glittering lights illuminating the rolling desert hills. Most of my family is still in Mexico. I grew up going to Tijuana at least every couple of weeks to visit family, go to the dentist, and get groceries. I felt I inhabited two places, but never felt fully Mexican, and not feeling fully American.

Immigrants are under attack; the US commits legal violence against our community.

People without authorization to be in the US are under attack. It's what led me to become a lawyer. During my research, people said over and over again that they needed lawyers. I took some time before going to law school and worked in a New York City international corporate law firm near Wall Street. The firm's conference rooms and offices overlook the World Trade Center 9/11 Memorial. Later, I worked at Boston Medical Center, learning how to practice law in a preventive way; a public health approach to practicing law addressing social determinants of health. Finally, I went to law school on full scholarship, with a fellowship. I was committed to a life of public service and started work at Legal Action of Wisconsin in 2011. In Wisconsin, attorneys of color are needed, in California, there are many.

Trump's policies have had a lasting effect. Trump, by executive order, locked people with mixed (immigration) status families out of public housing and changed the public charge rule. People without permission to be in the US are now afraid to receive public benefits, like free school lunches, which would not affect their immigration status in the future. As an attorney, I know this, but the public does not. He was masterful at stoking people's deepest fears.

We have to act in unison, en Nuestra Comunidad, to advocate with and for them, particularly if we have the privilege of citizenship. We need to advocate for a permanent solution for legal status and education. Our legal system infantilizes immigrants, they are not allowed to participate in society by having a driver's license and have restricted access to pursue higher education due to barriers to in-state tuition and financial aid. People without authorization are worthy of participating in our society, particularly when our society benefits from their exploited labor. Paradoxically though, people without permission to be in the U.S. can pay taxes, buy cars, and buy homes. The truth is, with DACA, the legal system commits violence against immigrants – it is an executive order, which creates uncertainty. DACA beneficiaries have access to greater social inclusion, but it is also fragile due to its impermanence.

There are innumerable economic benefits of immigrant or migrant labor, but for people without permission to remain in the US, their lives are a constant worry. Immigrants without permission to be in the US experience stress at the individual, interpersonal, community, and socio-political levels, which results in adverse health effects such as PTSD and depression. They also live in segregated neighborhoods not only due to financial reasons but to avoid punitive contact with law enforcement. A speeding ticket could result in deportation and family separation.

A study issued in 2020, stated that events like wildfires (or a pandemic) can intensify existing inequities for people without permission to be in the US.  We live in an era of heightened enforcement and restrictive migration policies, even with a new president. Because of these facts, people without authorization to be in the US need legal representation, even more than other marginalized populations.

I have been an advocate since I was a very young child; I've translated countless letters at school meetings. I was also a witness to my mother's tenacity. Not just because she ran across the desert, all night, risking her life, but because for months, she showed up daily at the principal's office in my elementary school. She insisted that I be put into English-only classes, she knew I was ready. I've had all the privileges - I have citizenship, so the road was easier for me.

After law school, I worked at Legal Action of Wisconsin for a decade, and subsequently, I was the founding director of the Eviction Defense Clinic at the Economic Justice Institute at the University of Wisconsin law school. It was a joy to represent mi gente and teach about racial tropes like the welfare queen and Trump's characterization of immigrants as criminals. I could have stayed in the comfortable ivory tower of the academy, but I knew my clients need professional bilingual and bicultural lawyers.

It takes courage to take a leap of change but taking a risk to do what I was born to do doesn't feel that risky. I'm opening an antiracist, civil legal aid non-profit law firm to primarily serve people without permission to be in the U.S. El Centro de Derecho de la Gente | The Peoples Law Center. Our mission is to increase access to the legal system by providing marginalized, low-income people with the necessary support to meaningfully participate in the legal system to address the inherent power imbalance in the legal system. To start, we represent people in civil legal cases; eviction cases.

Thank you Erica for sharing your story with us.  Thank you for the support provided in eviction courts during the pandemic and for the continued commitment to stand up and support people without permission to be in this country.  Erica, you are an example of how to use your privilege as an American Citizen to better the lives of others. ~ Yannette