Previously a proposal went through the back of the Occupy Madison property, however this new proposal goes through the adjacent parking lot and property. It also changes the entry from East Johnson Street and does not go through the triangle. 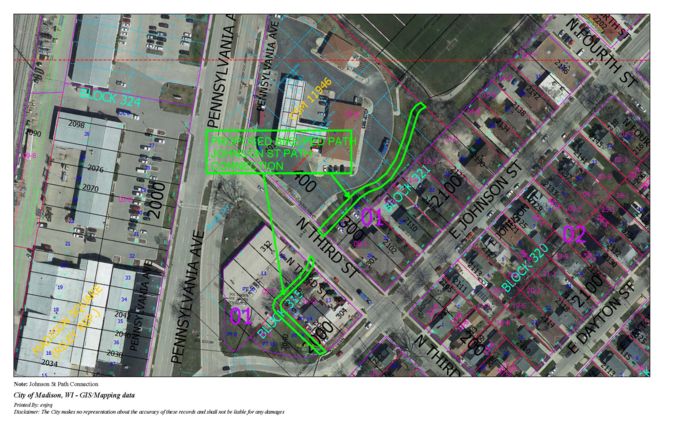 The Madison Plan Commission is scheduled to review this at its next meeting, Monday, December 12 starting at 5:30pm at the City County Building in Room 201.

You are invited to provide comments, either by emailing the Plan Commission at planning@cityofmadison.com or attending the meeting.

The relocation order only enables the project to move forward. We will have an opportunity to negotiate with the property owner and can modify the path based upon such negotiations or if negotiations are not successful we can proceed for condemnation of the necessary land for a public purpose.

This project has been a number in a series to connect the Northside to downtown Madison, including the improvements to the Demtral Park bike path this summer and the demolition of 217 N First Street to add safety features for the crossing at First Street.

Once this piece of the project has been completed will look at a number of other improvements including: