Yesterday was the official ground-breaking for Bayview's $50 million redevelopment project. Construction work had begun some weeks ago on the first phase, a multi-family housing complex at the corner of Regent and West Wash. This is an incredibly exciting project which will take place over the next three years, an elongated timeline so as to not displace any of the residents.

Here are my remarks from yesterday's ceremony:

Welcome to Madison's beautiful and diverse 13th District, which I have the great honor and privilege of representing.

When I first ran for office, I attended the meetings of the steering committee for the Triangle-Monona Bay Neighborhood Plan. I did so in awareness that if elected, the Triangle Redevelopment would be at the top of my list of priorities. I was elected, and I have since been determined to elevate the needs and concerns of residents on the Triangle.

District 13 is generally regarded as a wealthy district. And it's true, we have some million-dollar homes and plenty of accumulated wealth.  But we also have the old Greenbush neighborhood, which means we carry the legacy of past mistakes made in the urban renewal era of the 1960's.

More than fifty years later, we could have repeated those mistakes. We could have reneged on this community. We could have viewed the Triangle as valuable land for market-based development, displacing a new generation of vulnerable residents.

But we did not.

Under Lexi London's able leadership, guided by the wisdom and experience of Bayview Board Chair Mary Berryman Agard, this redevelopment project has become a template and a signpost for how development can and should be done -- including and involving in very meaningful ways those most impacted by the decisions made.

The strong commitment to design justice, sustainability, and radical inclusiveness is reparations in action. We speak of restorative justice to describe repairing harm and bringing healing to victims and encouraging responsibility among offenders. Perhaps we should speak of restorative development when a city does the right thing and makes amends for past wrongs.

Bayview, and the Triangle, are in many ways the heart of this district. But they're more than that. The redevelopment of Bayview and the CDA properties to follow is key to the continued vitality and strength of not just District 13, but the entire city.

I am grateful for the strong working partnership I've developed with Bayview's leadership team including Lexi and Mary. I look forward to continuing our work together as the new housing is built, and as Phase 2 of the redevelopment including the Community Center, come to fruition.

Congratulations to everyone on the important step we are here today to celebrate. 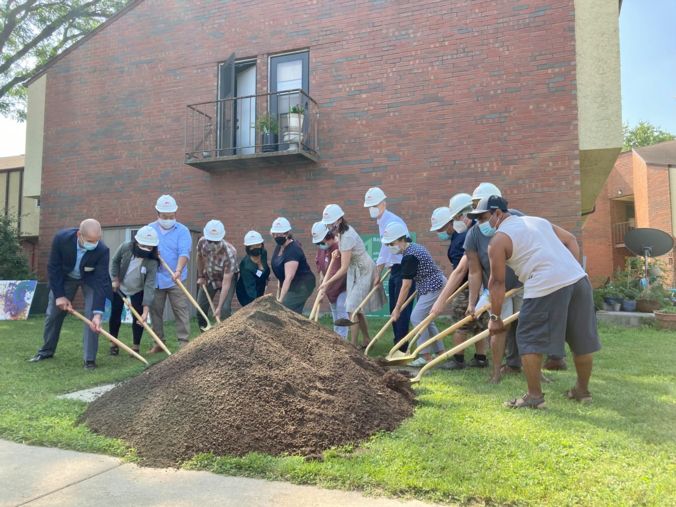