The Ad Hoc Redistricting Committee voted last week to recommend Map 7a for approval. At the Committee meeting on Monday, staff were instructed to come up with a different map to keep Arbor Hills in District 14.

Yesterday, staff posted a map now referred to as 7c.

It is worth noting that Wingra Drive, which follows along Wingra Creek on both sides of South Park, was recognized as a clear boundary for the South Madison Neighborhood Plan. The Plan has three concept areas with a targeted focus for redevelopment -- Village on Park, Thorstadt, and Perry St.  Two of these three, Village on Park and Thorstadt, would be in D13, while the third, Perry St, would be in D14.  This seems counter-intuitive with respect to current planning practices and policy.

Below is the overall boundary for the draft final South Madison Plan. 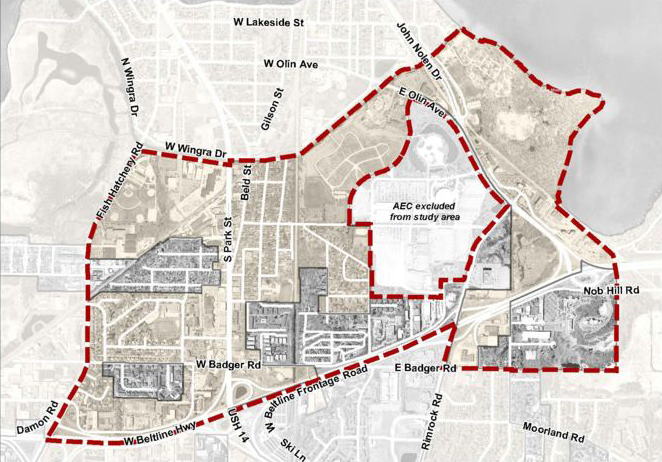 If you have input and feedback on Map 7c that you wish to offer to the Ad Hoc Redistricting Committee, you may do so by emailing redistricting@cityofmadison.com.

The Committee meets tomorrow, Thursday, October 7, at 4pm, to make a final recommendation to Council as to which map to approve.