This past Tuesday I introduced a resolution to expand Merrill Springs Park by purchasing the lot next door. I'm thrilled at the prospect of expanding the park and preserving more lakeshore for public enjoyment forever. But that's really the end of the story. The start was over three years ago.

Merrill Springs Park is a small, charming, historic lakefront space located at the end of Spring Court on Lake Mendota. In addition to fantastic lake views, the park features three stone picnic benches and a spring cistern built by the Wisconsin Emergency Relief Administration in 1934. The stonework was recently restored by the Spring Harbor neighborhood association. The park itself is 101 years old. 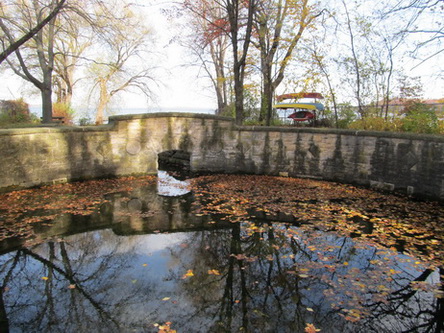 In mid-2008, the family trust that owns the property east of the park told me they planned to put their lot up for sale, and my wheels started turning. The prospect of preserving a lakefront parcel for public use and more than doubling the size of the park was intriguing, and the city has a longstanding policy to attempt to acquire lakefront property when available. But the asking price of $1.4 million was out of reach for the city. It seemed likely to me that someone would buy the lot, build a big lakefront house, and the opportunity would be lost forever. 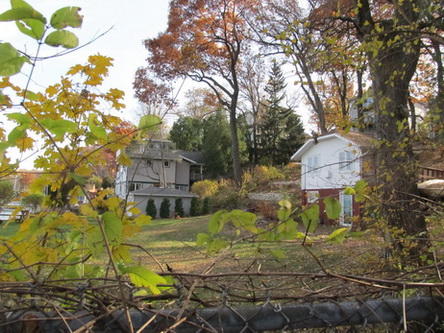 Well, we all know what happened to the housing market not long after that.

As the property sat on the market and the price came down, I kept checking in with the owners periodically. I talked with the neighborhood about fundraising, but the prospect of raising $1 million or more seemed pretty much impossible.
In late 2010, the city bought land adjacent to Esther Beach on Lake Monona for park expansion using a combination of tax credits and developer fees (no tax dollars). My wheels turned again. I started talking with Parks Superintendent Kevin Briski, and we toured the Spring Court property and its small cottage early this year. With a green light from the Mayor, city real estate ordered an appraisal and began negotiations with the owner.

The appraisal came back at $861,000, but the negotiations with the ownership trust stalled out at $900,000. So close! (Well, closer, at least.) I started working with the neighborhood and the Madison Parks Foundation to see if we could raise the $39,000 difference. 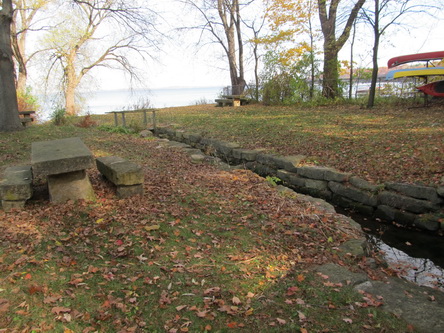 Over the spring and summer those conversations continued, but didn't make much progress. I tried to remain optimistic--and then Bill Margetis, a member of the family ownership trust called me in mid-August.

I hesitated before returning the call. I thought for sure he was going to tell me they'd found a buyer. But imagine my surprise and delight when he told me he would fund the $39,000 gap himself. We had a deal!

Over the last few months the city real estate staff has been ironing out the details, and now the purchase proposal is ready to go through the city approval process. The proposal will be before the Parks Commission tonight (November 9), and likely at Board of Estimates and Plan Commission on November 21. Final approval from the Common Council would then come on November 29.

As with the Esther Beach acquisition, no tax dollars will be used. The city has a special fund just for parks acquisition that comes from fees that residential developers pay when they don't have room in their development for park land. (For example, University Crossing, the just-approved development at University Avenue and Whitney Way, will pay about $160,000 into this fund when they do their residential phase.)

It's been a twisting road to get here, but I couldn't be happier with the outcome. A special thanks to Bill Margetis and his family for making this all possible and to the Spring Harbor Neighborhood for supporting the purchase. Together we are helping preserve our precious Lake Mendota shoreline for generations to come. 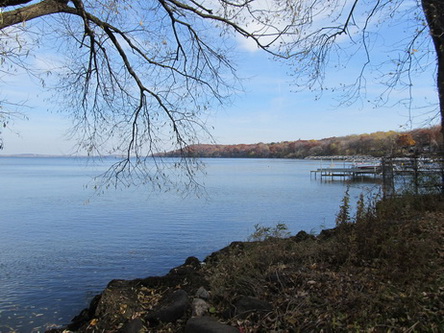