This week the Common Council will be finalizing the 2012 city budget. I won't bore you with the whole document (which is available here), but do want to highlight a few items that are important or that I'm directly involved in, and solicit your input.

Overall, I think the budget is pretty solid. Despite a big hole created by state cuts, the Mayor and city managers responded well. In addition to some strategic cuts, they made good use of savings created by renegotiated union contracts earlier this year. But there are some things I'd like to change, and I'll have my chance this week.

First, some quick basics, oversimplified for your convenience. The City of Madison's budget is divided into two parts:

Here's a very broad overview of where we spend your money: 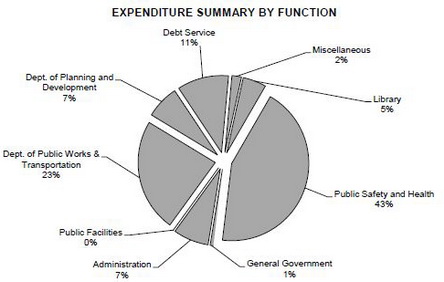 Though there are plenty of tweaks in the details, the relative share of these broad categories has not changed significantly in at least 12 years, and probably much longer. Policy makers come and go, but the priorities and values of our city remain relatively consistent.

And here's an overview of where the money comes from: 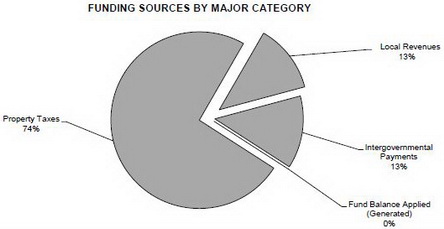 Unlike the expense side, this chart has changed over the years. In 2000, intergovernmental payments (state and federal government aid) comprised 21% of our revenue, and only 64% came from property taxes. That's why your property taxes have gone up faster than inflation and faster than the growth of city spending--because more of the burden of local government has been shifted from income tax to property tax.

Now, a bit about the process, again oversimplified.

So that's where we are now, with the Council ready to consider the capital budget on Tuesday night and the operating budget on Wednesday. (Thursday is also reserved in case we don't finish.)

I'll devote the rest of this post to highlighting some amendments of interest to me and our district.

If you have questions or comments on these or any other amendments, or on the budget in general, please be in touch.

Subscribe to this blog and get e-mail updates on many other city topics by joining my.cityofmadison.com at the link below.