Contributing Buildings in Langdon Neighborhood Proposed for Demolition for Apartment 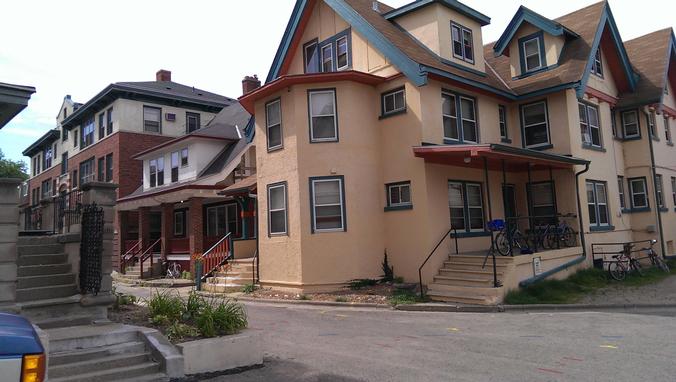 Downtown Plan and the Langdon Neighborhood

Two recommendations relate to contributing buildings in the National Register Historic District.  They are:

Recommendation 95:  Encourage relatively higher-density infill and redevelopment that is compatible with the historic context in scale and design on non-landmark locations and sites that are not identified as contribuing to the National Register Historic District.

The Downtown Plan also says "The Langdon neighborhood is well situated to continue as a predominately student neighborhood. It is one of the most densely developed areas of the city, but can accommodate a limited amount of higher-density residential redevelopment on selected sites while preserving the historic and architectural heritage of the area." The Howard Court site for this proposed development is close to the Iota Court (aka Waterfront) development which was approved early in 2013.

The building proposed for this site is a five-story, 33 unit/47 resident apartment building. The proposal is by Becky Anderson, property owner, with Mark Smith, JLA Architects. The proposed building would be primarily clad in brick/stone masonry and fiber cement panels. As currently conceived the proposal is:

A neighborhood meeting will be held on Wednesday August 28, 2013 at 7:00 pm in the Lowell Hall Dining Room at 610 Langdon Street.  I encourage interested residents and others who care about this special area of our city to come to the meeting to learn more and share your thoughts about the proposed development.