The Findorff tower crane removal at the Anchor Bank site is currently on schedule to be completed on Sunday, March 26th, which means West Doty Street should be opened by Sunday night.

See the map below, which shows these closures.

Additional information about the Capitol Square reconstruction project can be found on the City of Madison website.

The Capitol Square project is expected to last until the end of July.

Additional news releases will be sent out during the project as traffic patterns change. 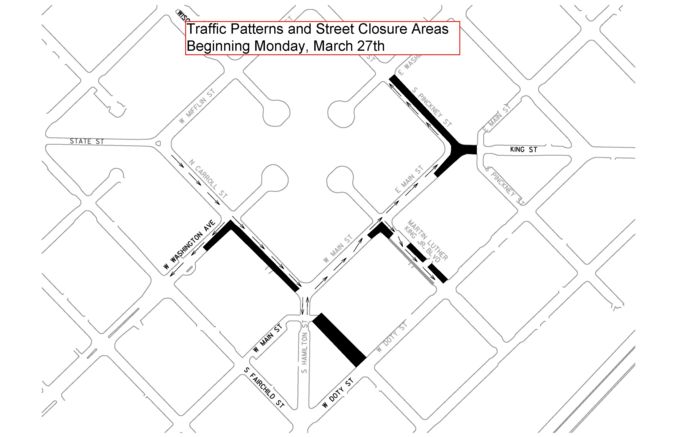