Right turns from South Pinckney Street to East Washington Avenue are currently not allowed.  This closure is expected to be opened on Monday morning, April 24th.

See the map, which shows these closures.

As always, road construction schedules may be delayed due to rain.

Additional information about the Capitol Square reconstruction project can be found on the city of Madison website.

Metro Transit buses are currently detoured onto the Outer Loop. See a map of the detour here.

The Capitol Square project is expected to last until the end of July.

Additional news releases will be sent out during the project as traffic patterns change. 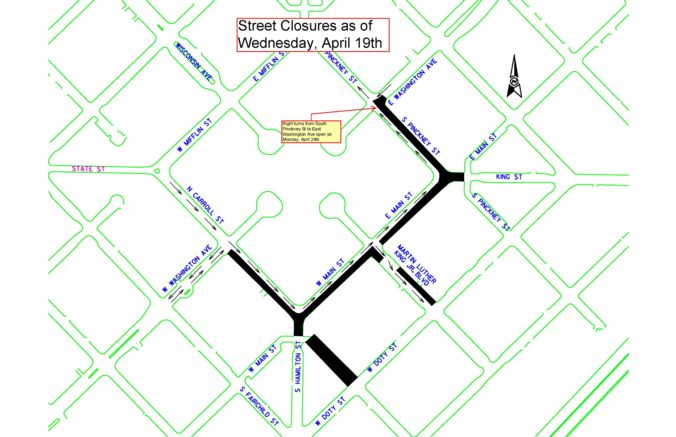