One house in the Mansion Hill Local Historic District identified as contributing to the Mansion Hill National Register Historic District is proposed for demolition to build an apartment building. The house, located at 127 W. Gilman (Jabez & M.B. Smith House), was built in 1896.  The house proposed to be moved, also identified as a contributing building, located at 123 W. Gilman (Benaiah Warnes Rental House), was built in 1886. It is proposed to be relocated to 113 W. Gorham.  The National Register of Historic Places documentation for the Mansion Hill District can be found:

The National Park Service defines a contributing building as one which adds to the historical integrity that makes the historic district significant.

In addition, the Highlander Apartment Building, located at 121 W. Gilman Street is proposed for demolition.

The houses proposed for moving and demolition are: 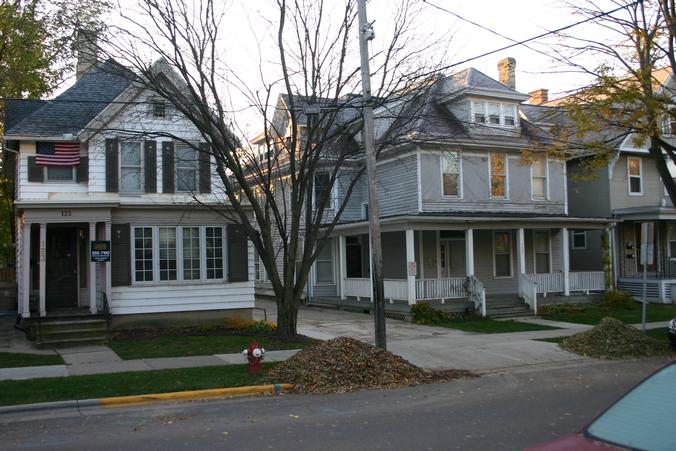 Both the objective for the neighborhood and one of the three recommendations relate to this proposed project.  They are:

Objective 4.10:  Mansion Hill's historic character is a major asset and establishing a "complete historic district experience" of restored buildings, distinctive streetscape amenities, and a limited amount of new residential development that preserves and reflects these historic attributes should be pursued.

The Mansion Hill Local Historic District has specific criteria in Section 33.19(10) of the city ordinances. There are also standards for demolitions in historic districts in 33.19(5)(c).

In considering whether to approve a demolition one consideration of the Landmarks Commission is whether the building "contributes to the distinctive architectural or historic character of the District as a whole".  The Mansion Hill Local Historic District was "designated [as an historic district], and protected because of its special character and historical interest."  The Landmarks Commission "in all matters regarding the issuance of Certificates of Appropriateness [i.e. permission to demolish or alter a building] shall act to work in the best interests of the existing structures in the Historic District and in cooperation with the applicant in developing sympathetic and original new structures. 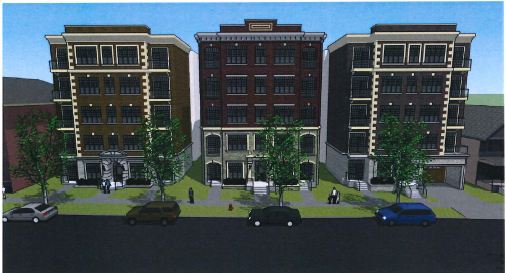 You can find additional information about the demolitions and development proposal at:  https://madison.legistar.com/LegislationDetail.aspx?ID=1501383&GUID=A698EB11-AEB1-4431-800D-53E315BE5A75

A neighborhood meeting will be held on Thursday, November 21, 2013 at 7:00 pm at Madison College, 211 N. Carroll St, Room D240.  I encourage interested residents and others who care about this special area of our city to come to the meeting to learn more and share your thoughts about the proposed development.

There will be an informational presentation about the project at the Landmarks Commission on November 11 (4:45 pm in room LL-110 of the Madison Municipal Bldg.)  No decisions will be made at that meeting.  Another Landmarks Commission meeting is scheduled for November 25 at the same time and location.  I expect decisions related to the proposed demolitions and construction to be made at the meeting on November 25.  Testimony at this meeting is welcome.

You can also email me or send comments to the Landmarks Commission (ascanlon@cityofmadison.com ).