The development on the south side of the 700 block of E Johnson Street has been approved through all city committees.  (For more information about the development go to the Tenney Lapham Neighborhood Association website and click on "Development" in the left navigation column).

Associated with this project, two houses have been approved to be moved from the 700 block of E Johnson to 827 E. Gorham.  The developer has worked with the City of Madison Forestry Section to determine the route the houses will take (see map of the route below).  The City of Madison Forestry Section determined that this is the route that will result in the least impact on trees.  That said, there is still considerable tree trimming that will be required as well as tree removals.

A PDF of a grid of all the trees between the houses on E Johnson along the route to 827 E Gorham can be found here.

The grid has a column "Remove" which are the trees which will be cut down on the route.  Some of the trees to be removed were determined by Forestry to be in such poor shape they would be removed even absent the house move.  That is noted under the column "Comments" where it says "Forestry Removal Due to Condition".

There is a column "Prune for House Move".  There are 9 trees identified as being needed to be pruned for the house move.

There is also a column: "Notify Habitat Committee".   The trees with an "x" in this column are ones whose removal or pruning are, in the judgment of the City of Madison Forestry Section, significant.  The Habitat Stewardship Subcommittee (a subcommittee of the Parks Commission) is established under Madison General Ordinance Sec. 33.05(5)(d).  Its charge, as stated in the ordinance, is: "Reviews public tree concerns, advises and makes recommendations concerning the Conservation Parks."  This subcommittee will vote on whether, in their judgement, the trees identified for removal or being pruned are being treated appropriately in the context of the house move.

The Habitat Stewardship Subcommittee meeting to vote on the pruning and removal of trees along the route of the house moves is scheduled for:


You can find the agenda here.

For further information contact Marla Eddy at meddy@cityofmadison.com or 608-266-4450. 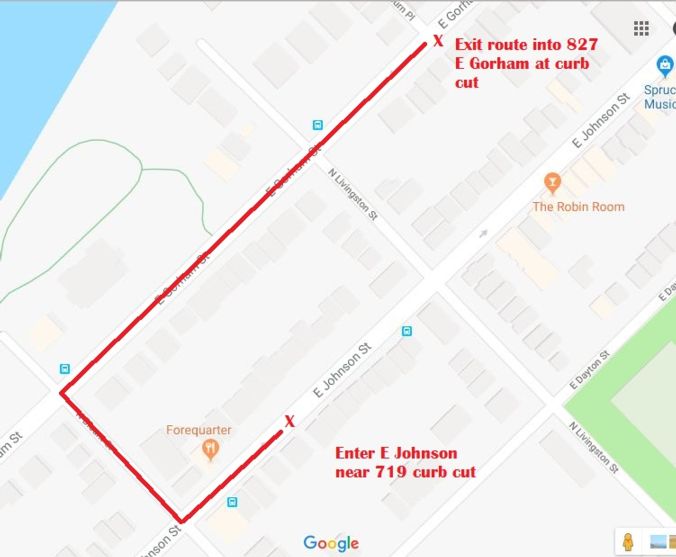