Updates & Week of March 22 Meetings of Interest for District 2 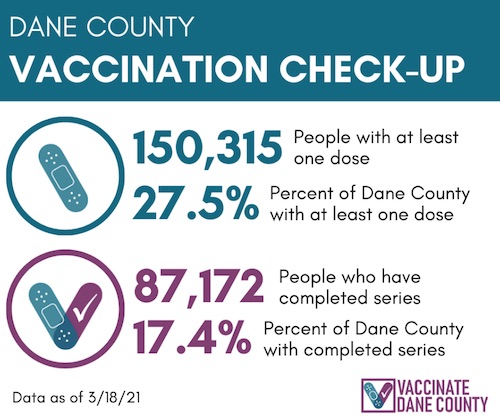 Read about the temporary halt in residential evictions from the Tenant Resource Center.

Note that many Tuesday, April 6 voting locations have changed due to the pandemic:

The deadline to request an absentee ballot is 5:00pm on Thursday, April 1, but the City Clerk recommends making your request as early as possible so there is adequate time to mail the ballot back to the Clerk's Office. More info on Voting Absentee and Registration.

For Madison voters, this election will include their Common Council Alder, the State Superintendent of Public Instruction election, MMSD School Board, Dane County Executive, several judgeships, and an advisory referendum on the structure of Common Council (see more on that below).

According to City Traffic Engineering, they received over 1,000 survey responses on the Shared Streets program from last year. 83% of the respondents liked the program and support it. As a result, they are planning to bring back a bigger and better program, with signing and public engagement improvements. They are also working on ways to improve equity of the program. Staff have been researching the programs in other cities and learn from their successes and lessons.

Traffic Engineering also received public inquires on whether and how they can make the arrangements on some streets more permanent. Staff are strategizing on whether they can rebrand the program from COVID response to reimagining our streets. They need to work things out with stakeholders, such as emergency response agencies, and will then bring this year's project list to Transportation Commission. They hope to start implementing the first phase of this year's Shared Streets program as early as in May, but that will depend on how those coordination efforts go.

From my perspective, this is a promising update, but I will reiterate that this is a citywide program in which equity in resource distribution must be considered. I hope that District 2 and all of the city can benefit from any future implementations.

As mentioned at the link above, on the April 6 General Election Ballot there is also an advisory referendum on the size and structure of Common Council. Again, it is advisory only - Common Council is seeking the advice of voters as we consider future changes to our terms, size, and pay. Should Council want to pursue any of these changes, most will require a binding referendum.

These questions flow out of the important work done by the Task Force on the Government Structure that for several years worked with a diverse set of stakeholders discussing how to make our local government more accessible, equitable, and responsive. On the April 6 ballot are four questions. Below are the questions (paraphrased for brevity) and some of my thoughts on each.

The questions are independent from each other, but obviously they can't be totally separated. For instance, I am leaning on voting to keep council at 20, go to full-time, and increase pay, but I also realize that there is little chance that we will have more than a million dollars for additional alder salaries given the many important needs that we have in regards to ongoing pandemic recovery, boosting racial equity, affordable housing, etc. So, I'm not sure yet how I'll reconcile all of this and how I will vote!

Question 1:
Madison currently has a part-time Common Council with members who are paid approximately  $13,700 per year. Beginning with the 2023 Spring Election, SHOULD the City of Madison transition to a full-time Council with alders earning between 50% to 80% of the Adjusted Median Income for Dane County for a single parent with two children (approximately $45,000 to $71,000 per year)?
My Thoughts on Question 1 - In general, I do think alders should be better paid. I have the privilege of often working 50 or even 60 hours a week on alder work while continuing to work half-time at my real job, but recognize that many other potential or current alders do not have that ability. The rough hours really shut out folks who are lower income, younger folks who may not be as established in their careers, those who work full time at another job, have children to take care of or would need to pay child care expenses, etc.
Question 2:
Madison currently has a part-time Common Council comprised of 20 alderpersons, one from each alderperson district. Beginning with the 2023 Spring Election, SHOULD the size of the Council:
Be reduced
Be increased
Remain the same
My Thoughts on Question 2 - In my view, we can't continually expand Council as Madison grows. Well, I suppose we could, but particularly if pay increases at all, the city budget would also need to go up and up. I tend to think that sticking with 20 for now is a reasonable approach. Reducing the number of alders would impact the ability of alders and constituents to connect. If Madison should gain (or lose) 50k new residents or the like, we could rethink that.
Question 3:
Madison alderpersons are currently elected to 2 year terms. The Mayor is currently elected to 4 year terms. Beginning with the 2023 Spring Election, SHOULD Madison alderpersons be elected to 4 year terms?
My Thoughts on Question 3 - This seems reasonable and would allow alders to better utilize the skills and knowledge that currently take the better part of a first 2-year term to gain. I also prefer expanded terms if enacted in conjunction with some of the options explored by TFOGS, e.g.., staggering alder terms so that not all 20 would be up for election at once every 4 years.
Question 4:
Madison alderpersons are currently not subject to term limits. Beginning with the 2023 Spring Election, if the City transitions to a full-time Common Council SHOULD the alderpersons be subject to term limits of 12 consecutive years?
My Thoughts on Question 4 - I generally am not in favor of term limits of any type. Voters should toss out those who they don't think are doing a good job. That said, until we have publicly financed elections and perhaps reasonable alder pay to level and broaden the candidate field, I could be convinced to support term limits.

Read the Common Council resolutions authorizing the advisory referendum HERE. At that site, you can also watch a District Reports episode on the Spring Referendum. 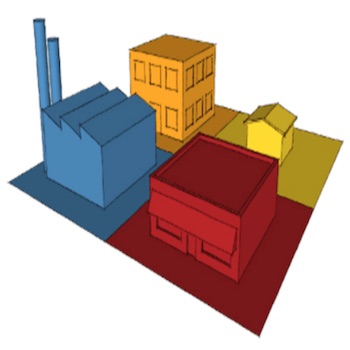 Proposed Changes to Zoning Code at Plan Commission on Monday

As detailed in previous Alder Updates, the city is considering a set of changes to our zoning ordinances that would impact some residential, mixed-use, and commercial zoning districts. These proposed changes will be considered at the Monday, March 22, Plan Commission meeting (participation and methods for giving input listed in "City Meetings of Interest" below). Common Council is scheduled to consider the changes at our March 30 meeting.

As a cosponsor of these changes, I am supportive, but do appreciate the input received on all sides of these complex changes and issues. Several alders, including me, are considering whether some of the proposed changes need additional study before moving forward so that too is expected to be discussed at Plan Commission.

For additional information on the changes, you can watch a Community Q & A Session regarding the proposed amendments here. 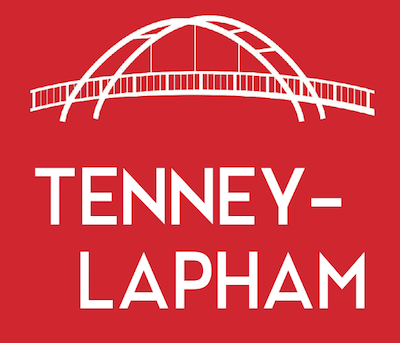 A great workshop "Pay It Forward: Generational Wealth, Homeownership, and You" is coming your way, hosted by the Tenney-Lapham Neighborhood Association, on March 27 (Saturday) from 10:30 am-noon. This workshop is a great opportunity to learn about and join in a growing effort to make the Madison community more equitable for all. Attendees will learn from our guest presenter about how generational weight accumulates, and how laws and policies have systematically boosted wealth-building for white people, while blocking opportunities for wealth-building among people of color.