Updates & Week of Oct. 24 Meetings of Interest for District 2 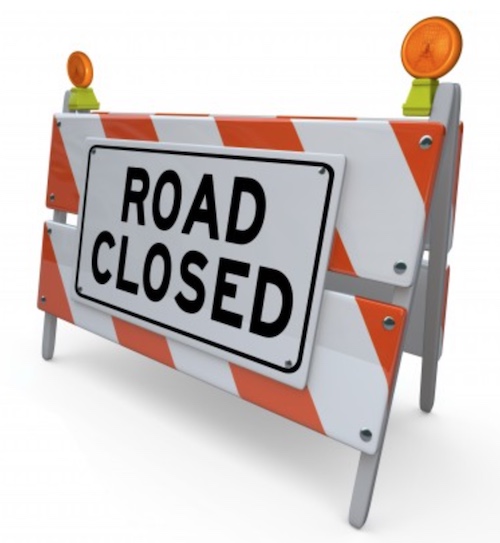 Starting on Monday, Oct. 31 and continuing through Friday, Nov. 4, the intersection of N. Hancock Street and E. Washington Avenue will be closed to vehicular and bike traffic. The contractor constructing The Continental apartment building will be disassembling their tower crane on those days. A temporary two-way traffic pattern on N. Hancock Street to the intersection at East Mifflin St. will also be established so that N. Hancock residents and visitors will have access to their destinations.

Street parking on this portion of North Hancock Street will not be permitted during the duration of this process. North Hancock will be properly signed to assist in this transition and access to driveways will be maintained. For additional information, contact Project Manager Brett Jerdee: bjerdee@cdsmith.com. 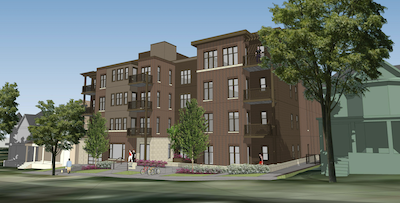 The proposal for 117 through 125 N. Butler Street submitted by developers Reese Fisher and Blake Fisher will be considered by Plan Commission at our Oct. 24 meeting. The developers seek to demolish three existing apartment houses and combine those lots with another lot that is vacant in order to construct a new four-story building with 32 market rate apartments comprised of studios, 1-bedroom, and 2-bedroom units. The developers have applied for a Demolition Permit, a rezoning of the parcels, a Conditional Use Permit, and approval of Certified Survey Map.

The current zoning, Downtown Residential-1, allows a maximum building width of 60 feet, while the proposed width of the new building is 104'10", hence the developers are asking for a rezoning to Downtown Residential-2 which does not limit building width. Some members of the James Madison Park District steering committee that met to give input on the proposal expressed concerns that opening up Butler St to a wider building will promote demolitions of other homes that are appropriately scaled for the neighborhood and offer affordable rents, all to make way for additional redevelopments that may also ask for a rezoning to be able to build wider buildings. Other committee members believed that the creation of more badly needed housing outweighs the concerns about possibly losing more traditional neighborhood housing to redevelopment. Those members also felt that the existing buildings were at the end of their useful lives. Note that the height of any new buildings on this block of Butler or elsewhere downtown still have to follow the Downtown Height Map limits, as this proposal does.

Plan Commission will also consider a Conditional Use Permit for the proposal that is required because the redevelopment proposes a multi-family with more than 8 dwelling units in what is proposed to be in the DR2 zoning district. There will also be an agenda item requesting approval of a Certified Survey Map (CSM) that would combine the four parcels into one.

The James Madison Park District of CNI has issued a letter to the Plan Commission and city staff. That letter, the project plans, the development team's land use application, and other materials can be found here. If you have any questions or input, please contact me at district2@cityofmadison.com.

The city's budget for 2023 will be debated and adopted by the Common Council in November. In addition to public comment opportunities at Finance Committee and Council meetings over the next six weeks, there will be two virtual community sessions on the budget. City Finance staff will provide background information on the city's capital and operating budget process, including highlights of the 2023 executive budget.  This is a great opportunity for residents to learn more about our city's budget.  Electronic copies of budget information can be found at https://www.cityofmadison.com/finance/budget/2023.

The first virtual session was recorded on October 13. The second virtual session will cover the same presentation and will take place on Monday, October 24. The meeting will start at 5:30 PM and end at 7:00 PM. 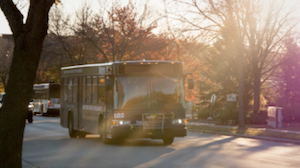 On Wednesday, November 9, Metro Transit and the City of Madison Transportation Commission will hold a VIRTUAL public hearing at 6 PM to approve several items related to Metro's redesigned service in 2023 including:

Dane CORE - for rental and utility assistance. The Dane CORE 2.0 application portal is open for persons interested in submitting new applications and additional funding requests (AFR's). Applications received prior to Sept. 15 will continue to be processed without interruption and eligible claims will be paid. Anyone wishing to review the status of an application that has already been submitted to see if there are any open tasks and that all information is up to date should log into Neighborly.

PUBLIC COMMENT
Public comments will not be taken on items which are listed on the consent agenda for referral and the Council adopts the referral as part of the consent agenda OR when the Council has heard public comments on an item at a previous meeting and the item is on this agenda for discussion and action only. The Council may allow public comments in either instance by a majority vote.
PUBLIC HEARINGS
OPERATING BUDGET
Agenda Item 5
2023 Executive Operating Budget
Recent Legislative History
10/18/22 FINANCE COMMITTEE    Refer For Public Hearing to the COMMON COUNCIL
AGENDA NOTE: The recommended action is to refer the Operating Budget to the 10/31/22 meeting of the Finance Committee.
END OF PUBLIC HEARINGS
BUSINESS PRESENTED BY THE PRESIDENT OF THE COMMON COUNCIL
Agenda Item 8
BY TITLE ONLY Appointments to the Police Civilian Oversight Board
Recent Legislative History
10/11/22 COMMON COUNCIL    Refer to a future Meeting to Adopt to the COMMON COUNCIL
Adopt 10/25/22
AGENDA NOTE: The recommended action on this item is to refer to the 11/1/22 Council Meeting.
Agenda Item 9
Establishing rules and procedures for Common Council deliberations on the City of Madison's 2023 Capital and Operating Budgets.
Legislative History
10/12/22 Finance Department    RECOMMEND TO COUNCIL TO ADOPT UNDER SUSPENSION OF MGO 2.055
Agenda Item 10
Confirming the Madison Common Council meeting formats through December 6, 2022:
11/1/22 - Hybrid (Virtual & CCB 201)
11/15/22 (Budget) - Hybrid (Virtual & CCB 201)
11/16/22 (Budget, if needed) - Hybrid (Virtual & CCB 201)
11/17/21 (Budget, if needed) - Hybrid (Virtual & MMB 215)
11/22/22 - Hybrid (Virtual & CCB 201)
12/6/22 - Hybrid (Virtual & CCB 201)
Legislative History
10/20/22 Council Office RECOMMEND TO COUNCIL TO ACCEPT - REPORT OF OFFICER
REPORTS OF OFFICERS
REPORT OF BOARD OF PUBLIC WORKS
Agenda Item 11
Amending Section 10.28(1) of the Madison General Ordinances to Limit the Use of Salt and Melting Agents on Sidewalks.
Recent Legislative History
10/12/22 BOARD OF PUBLIC WORKS    RECOMMEND TO COUNCIL TO ADOPT - REPORT OF OFFICER
DRAFTER'S ANALYSIS: This ordinance amends the existing snow and ice removal ordinance by limiting the use of salt or other melting agents to that amount necessary to treat the ice so that it can be removed. Under the amendment, excess salt and chemical melting agents may not accumulate on the sidewalk and must be removed following ice or snow melt. Excess use of salt and chemical melting agents not only creates its own hazard or impediment on the sidewalk, particularly for disabled persons, but the excess chemicals will eventually migrate into the City's storm and surface waters, contributing to the salinization of the City's lakes and groundwater, which itself presents a current and future public health concern. The purpose of this ordinance is to give the City the ability to limit the overuse of salt and chemical melting agents, and enforcement will be couple with an educational component designed to instruct the public on how to responsibly use such melting agents.
Agenda Item 14
Approving and Adopting an Updated Policy for Assessing Street Improvements. (Citywide)
Recent Legislative History
10/17/22 FINANCE COMMITTEE    Return to Lead with the Recommendation for Approval to the BOARD OF PUBLIC WORKS
AGENDA NOTE: The Transportation Policy and Planning Board will meet on 10/24/22 and a recommendation will be made from the floor.
Note: Materials for this item are located here, including a presentation by city staff comparing current assessment policies with the proposed changes. Also, see Agenda Item #35 below.
Agenda Item 19
Authorizing the Mayor and the City Clerk to execute Amendment No. 3 to the existing Purchase of Services contract between the City of Madison and Tetra Tech, Inc. for engineering services for the East Isthmus and Yahara River Watershed Study. (2nd, 4th, 6th, 12th and 15th AD)
Recent Legislative History
10/12/22 BOARD OF PUBLIC WORKS RECOMMEND TO COUNCIL TO ADOPT - REPORT OF OFFICER
Fiscal Note
The proposed resolution authorizes an amendment to the existing contract (#8910) for engineering services for the total amount of $41,100.00.  The new contract as amended will total $323,868.00.
Funding for the flood reduction analysis consulting services in the amount of $41,100 is provided in the 2022 Adopted Stormwater Utility Operating Budget. No additional appropriation is required. The project number is 12846-84-200-84000.
REPORT OF DOWNTOWN COORDINATING COMMITTEE
Agenda Item 27
Approving the 2023 Operating Plan for Madison's Central Business Improvement District. (2nd, 4th, and 8th A.D.)
Recent Legislative History
10/20/22 DOWNTOWN COORDINATING COMMITTEE    RECOMMEND TO COUNCIL TO ADOPT - REPORT OF OFFICER
REPORT OF EQUAL OPPORTUNITIES COMMISSION
Agenda Item 28
Amending 39.03(2), 39.03(4)(a), (c), (d), (g), (h), (i), (j) and (k) and creating 39.03 (p) to add protections for building code complainants.
Recent Legislative History
10/13/22 EQUAL OPPORTUNITIES COMMISSION    RECOMMEND TO COUNCIL TO ADOPT WITH THE FOLLOWING RECOMMENDATIONS - REPORT OF OFFICER
DRAFTER'S ANALYSIS: This ordinance adds building code complainants as a protected status in the area of Housing in the Equal Opportunities Ordinance. This would protect tenants who are victims of retaliation from their landlords when they make complaints of building code violations. This provision offers tenants the benefits of a process that is currently used and is staffed by experienced investigators. Violations of the Ordinance can result in awards of monetary and other damages that would directly redress the damage done to the tenant.
The substitute includes recommended changes made by the Equal Opportunities Commission.
REPORT OF FINANCE COMMITTEE
Agenda Item 30
Removing Student Housing Restrictions from the City of Madison Tax Increment Financing (TIF) Policy
Recent Legislative History
10/17/22 FINANCE COMMITTEE    RECOMMEND TO COUNCIL TO ADOPT - REPORT OF OFFICER
Fiscal Note
This resolution removes the prohibition on use of tax increment financing (TIF) for student housing projects unless the project has a significant affordable component. This would expand the possible use of TIF to all student housing, regardless of whether or not it has a significant affordable component. Use of TIF must meet other requirements, including whether the project would occur "but for" the provision of TIF support, the level of increment generated and available for development under the City's TIF policy, and inclusion in a project plan that is approved by the Common Council and Joint Review Board.
The resolution requires no appropriation.