Updates & Week of Nov. 21 Meetings of Interest for District 2 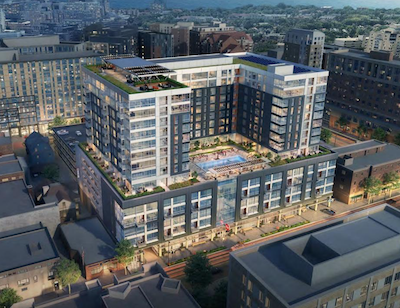 Per the applicant's request, the Plan Commission's consideration of this proposed redevelopment of the Campus-State Street Parking Garage at 415 N. Lake St will now be on Dec. 12 rather than the originally scheduled date of Nov. 21. Mortenson Development is proposing a large student-focused apartment building above a new city-owned parking garage that will include a new intercity bus terminal.

There are many moving parts to the proposal's consideration by city bodies. At Common Council's Nov. 22 meeting, a resolution will be introduced that, if eventually approved, would cement a development agreement between Mortenson and the City. That agreement will be considered by the Finance Committee on Nov. 28, the Joint Campus Area Committee on Nov. 29, and the Transportation Commission on Nov. 30. It is expected back at Common Council for final approval on Dec. 6. The agreement is required because the parking garage and bus terminal components will be city-owned with the associated complexities of constructing such a project and also because Mortenson is committing to providing some levels of rent affordability for some of the units. You can see the text of this resolution here. Another element of the agreement would require Mortenson to pay the City $18m for the "air rights" to build the residential component. That $18m would then be used by the City to help pay for the new parking structure.

Materials for Plan Commission's Dec. 12 consideration of the applications for demolition, the Conditional Use related to an elevator overrun, and the Planned Development Zoning, will be housed in various legislative files, including here. The materials from the Urban Design Commission's consideration are here. I'll publish more information in future Alder Update as considerations draw closer.

A Transportation Department memo was submitted addressing various issues and questions that have been raised by the Campus Area Neighborhood Association steering committee for the proposal, nearby business and property owners, and other stakeholders. UDC discussed these matters, but they are more in the purview of Plan Commission, although the actual design of Hawthorne Court itself will be in the Board of Public Work's realm. That said, discussions of the planned vehicular (including bus) and pedestrian circulation, deliveries for businesses, and related matters will continue.

CANA has an active steering committee evaluating the proposal and is expected to issue a report on the proposal shortly. If you'd like to participate, contact canamadison@gmail.com. 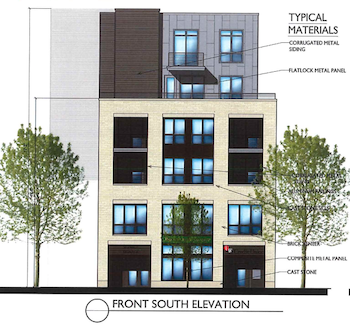 The proposal by 668 State LLC to construct a four-story addition atop the existing two-story commercial building at 668 State St. will be at Plan Commission on Monday, Nov. 21. This proposal was submitted in 2017 and was fully approved, but the project did not move forward at that time. The property owner is submitting the same project as was approved in 2017. As of this writing, this agenda item has been proposed for inclusion on the Plan Commission meeting's Consent Agenda, so unless a Commissioner requests "separation" or a member of the public registers to give public comment, the proposal is likely to pass without discussion. As Alder of the district in which this site is located and as a Plan Commissioner, I do not plan to request separation.

The applicant is seeking approval of a Conditional Use in the Downtown Core (DC) District for an addition to a building greater than 20,000 square feet and that has more than four stories. The ground floor is the current location of UW Credit Union, which is expected to remain, and a new front facade along State Street is proposed. The proposed addition will contain 24 student-oriented apartments on floors 3-6 with floors 5 and 6 set back approximately 30' from the front façade. The Plan Commission materials, including the staff report, are here.

In its advisory findings, the Urban Design Commission gave final approval to this proposal. They unanimously approved the requested Conditional Use for a building of this size and the project's conformity with both the Downtown Urban Design Guidelines and the zoning district's design standards. 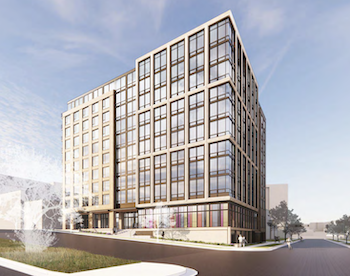 At their Dec. 14 meeting, the Urban Design Commission is expected to focus on this proposal's initial and/or full approval of their rezoning request, compliance with Urban Design District #4 guidelines, and related design matters. St. John's and their development partners, Urban Land Interests (ULI) and Potter Lawson, propose to demolish the current St. John's church and construct worship and social service/community spaces on the first floor of a new building with 9 stories of mostly affordable and workforce apartments above, and underground parking below. Materials from the developer's earlier informational presentation to UDC can be found here. I'll be sure to publicize updated information as the date draws closer.

Plan Commission's consideration of the proposal is now expected on Jan. 9. The developers have applied for a rezoning to a Planned Development District, so UDC and Plan Commission will be weighing in that and other matters. This proposal also includes a request for two bonus stories as allowed by the Zoning Code.

Plan Commission will also be considering the applicant's request to demolish the existing church and addition. In October, the Landmarks Commission found that the current structure has historic value as the work/product of architects of note (Claude and Starck) and that although there have been significant modifications to the structure, there is precedent for additions or alterations to be noted as significant in their own right, which may be relevant for this structure. Landmarks findings are advisory to the Plan Commission, who will make the demolition decision. The Community & Cultural Resources Planner's report on the proposed demolition can be found here. 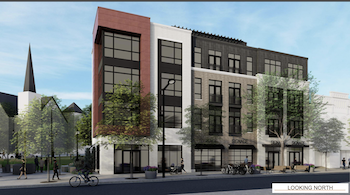 As mentioned in last week's Alder Update, JD McCormick Properties' proposal to redevelop 428 to 444 State Street is expected to be back before the Urban Design Commission on Dec. 14 and at Plan Commission on Jan. 9, assuming UDC approves of revisions to the proposal. At their June 29 meeting, UDC referred the proposal to a future meeting rather than making recommendations to Plan Commission due to various concerns about the proposed building. The report from that meeting can be found here. The newly revised project plans and related materials can be found here.

UDC raised concerns about the proposal's impact on the adjacent Lisa Link Peace Park, the height and massing of the building's front facade, and establishing the precedent of replacing State Street buildings. If the UDC eventually does make a recommendation, Plan Commission will consider the Demolition Permit and requested Conditional Uses.

Back on Jan. 31, 2022, the Landmarks Commission considered the requested demolitions of the three buildings. The city staff report on these buildings is here. As with all proposed demolitions in the city, Landmarks provide advisory findings to Plan Commission who will make the decisions on demolitions. For the building at 440-444 State Street Landmarks found that (paraphrased) it has historic value related to the vernacular context of Madison's built environment, but the building itself is not historically, architecturally or culturally significant. For 432-436 and 428-430 State Street (2 buildings) the Commission found that (paraphrased) the buildings have historic value based on architectural significance, cultural significance, historic significance, and/or its status as a contributing structure in a National Register Historic District. 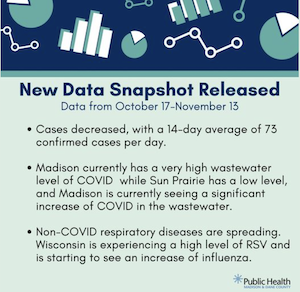 Below are some pertinent agenda items from city committees that are meeting this week. If you click on meeting "Details" below, you will find participation and viewing options, and a link to the full meeting agenda. If you click on an item from within an agenda, you will see all documents that relate to that item.
I appreciate hearing from you on any agenda items on which you have a particular interest or concern.
___________________________
Plan Commission: Details
5:30pm, Monday, Nov. 21, 2022
NEW BUSINESS
Agenda Item 2
Creating Section 16.03 establishing a Transportation Demand Management Program and amending 33.56(5) of the Madison General Ordinances.
Note: See more on TDM here.
Development-Related Requests
Note: Items 6-8 are related and should be referred to December 12, 2022 at the request of the applicant

ITEMS REFERRED TO THIS MEETING