The City of Madison has declared a snow emergency today (January 18, 2020).

Streets Division vehicles continue to work on the roads

You may encounter temporary mounds of snow across intersections. This is a normal part of plowing as trucks loop through neighborhoods trying to push snow back to the curb on all city streets.

150 Streets Division plows and other heavy equipment have been circling through the salt routes since the storm began yesterday evening. Crews will remain on the salt routes until they are in good winter driving condition. After streets that do not receive salt have been plowed, there will be a thin, tightly compacted layer of snow still left on the roads. This is normal. Plow trucks cannot push down to the road surface. Roads that are salted are often clear to the pavement (depending on temperatures) while non-salted streets have the layer of snow. Sand will be applied later to help with traction on residential streets.

Streets Division staff will continue monitoring the roads and the weather. Adjustments to operations will occur as conditions change and future updates will be provided.

Following alternate side parking keeps the roads open, wide, and safe for all roadway users – cars, bicycles, emergency vehicles, refuse/recycling collection, and so on.

Between 1-7 am, vehicles should be parked on the even/odd side of the street, corresponding to the date. All daytime and signed parking restrictions will be enforced.

You can park for no charge in the City ramps from 9 pm-7 am. If you enter before 9 pm or leave after 7 am you are liable for any parking charges before 9 pm and from 7am until the time you leave.

Violations are punishable by a $60 fine, and violators could also be towed.

Keynote speech by Joyce Ann Ladner, civil rights activist, author, civil servant and sociologist
Hosted by the King Coalition on behalf of the City of Madison and Dane County 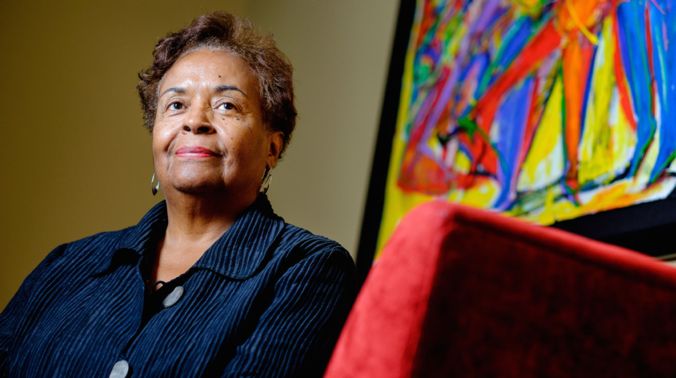 Joyce Ladner's life has been shaped through her first-hand involvement with the civil rights movement in Mississippi, including her work as a staff member alongside Bayard Rustin and other civil rights leaders that organized the March on Washington in 1963. As a teenager, she helped organize an NAACP Youth Chapter in her hometown, she was expelled from college for organizing a civil rights protest, and she was jailed for attempting to integrate an all-white church. She was a friend and worked with slain civil rights leader Medgar Evers, as well as civil rights pioneers Fannie Lou Hamer and Ella Baker. As a field secretary for the Student Nonviolent Coordinating Committee (SNCC), she was on the front lines of most of the major civil rights protests of the sixties. She was on the stage when Dr. Martin Luther King delivered the "I Have A Dream" speech. An eminent sociologist, she was a pioneer in the study of the intersectionality of race, gender and class. Her book, Tomorrow's Tomorrow: The Black Woman was the first book published in African American Women's Studies and is now an American classic.

There will be no refuse or recycling collection on Monday, January 20, 2020 in observance of the Martin Luther King, Jr holiday. Those with Monday pickup should instead place their carts to the curb for collection by 7 am on Tuesday, January 21.

The Streets Division will begin the final round of Christmas tree collection on Tuesday, January 21, 2020.

Trees set out late may not be collected until the regular brush collection begins in the spring. Wreaths, evergreen rope, garlands, and boughs will not be collected with Christmas trees. Place these into the refuse container for disposal.

The Rules for Christmas Tree Collection

The above listed items may damage the wood chipping equipment used to process collected trees.

Trees must be placed at the public road edge, and must be accessible by collection crews. 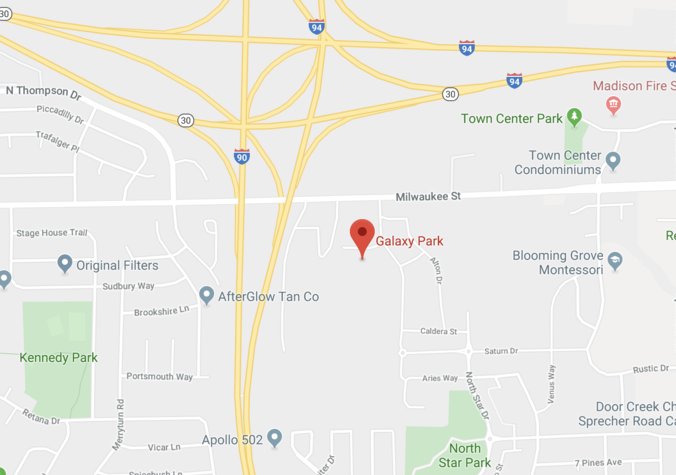 The City of Madison Parks Division is installing a playground at Galaxy Park (Jackson Quarry Lane and Milky Way) this coming year, and they want your input.

Staff will present two playground concepts based on feedback received at the November workshop held on this topic.

All questions and comments regarding this workshop should be directed to Sarah Close, Landscape Architect at sclose@cityofmadison.com or (608) 263-6850.

Installation of the speed humps requires 60 percent of the completed surveys to be in support of them. 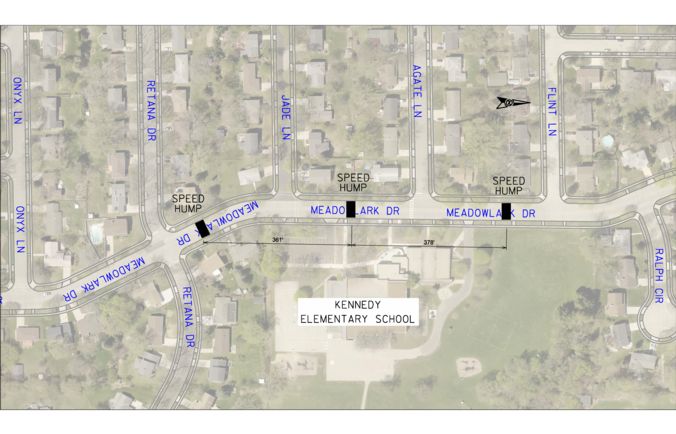 City View Liquor, at 6420 Cottage Grove Road, is transitioning to new ownership, and thus was required to reapply for their alcohol license. The new owner, Herbert Taylor, has indicated that no changes are being made to the store's operations.

At last Wednesday, January 15's Alcohol License Review Committee meeting, their application for a Class A Beer and Liquor license was reviewed and approved.