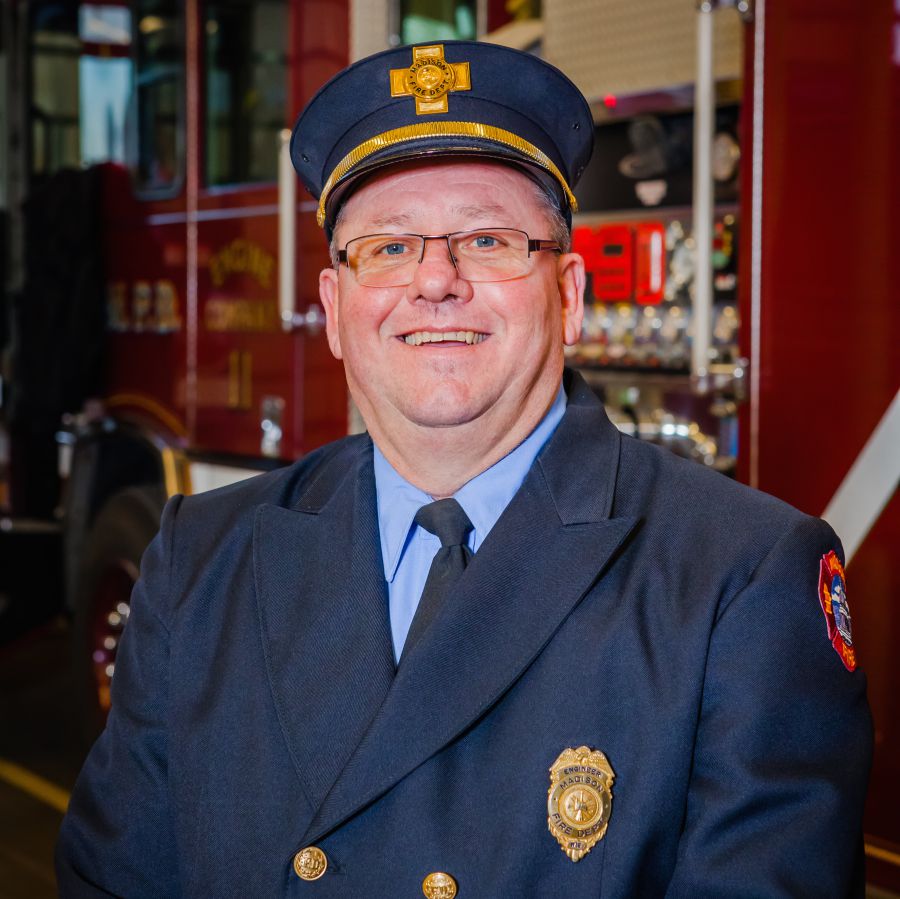 Apparatus Engineer Eddie Emberson is stepping down from the driver’s seat of Engine 11 one last time this week after nearly 28 years of dedicated service to the Madison Fire Department.

Emberson’s path to the MFD was inspired in the 1980s by his father-in-law, then-Division Chief Ron Schmelzer.

“I was kind of a wild child in high school,” Emberson says. “I didn’t have a lot of concrete plans, but he made it seem like it was a really rewarding career.”

He started out at old Station 7 on Raymond Road. From there, he moved downtown to Station 1 for four years where he trained in SCUBA and high-angle rescue. He became one of the MFD’s first Apparatus Engineers when the position was created, a role that took him on the road for four years before he landed at Station 3 on Williamson Street.

“We had a real fun crew there. Ironically, we didn’t spend much time in the TV room — there was more going on outside than what was on TV!” he said of the vibrant east-side neighborhood.

Emberson went on to serve as a Training Officer for several Academy classes, a position he thoroughly enjoyed.

“You’d see the recruits coming in on the first day and they were wide-eyed,” he recalls. “Then you’d see them develop through the course of the Academy.”

When he returned to the field, Emberson headed to Station 10 on the city’s north side. He wraps up his career at Station 11 on the far east side where he’s served for the last four years.

With a career spanning three decades in Madison, his tenure saw “The Great Butter Fire” at Central Storage Warehouse on Cottage Grove Road in 1991, and the blaze that took down a new construction project on Apollo Way in 2014.

He says the day of the fire on Apollo Way was one of the few occasions he and his Academy classmate Rick Otis had the chance to work together. Otis was Acting Lieutenant and Emberson was his Apparatus Engineer. Emberson recalls the moment Engine Co. 11 took off as part of the second-alarm complement:

“We pulled out onto the skirt and Rick was trying to get the laptop going. I said, ‘I think we’re going there, Rick!’”

Emberson pointed to the plumes of black smoke rising from Apollo Way, visible from miles around.

“I never saw so much hose in my life!” he said of the scene which demanded the attention of nearly every firefighting company in the city. “I thought we were going to be there all week picking up hose.”

In fact, the fire burned rather quickly and Emberson says his crew was back at the firehouse by midnight.

Though he’s seen countless fires and EMS calls in his 28 years, his most memorable day on the job was when he found out his son, Sean, was being hired to the department.

“I was sworn to secrecy so I had to carry that around for a day or two. For me that was difficult,” he recalls.

Putting his son's badge on when he was hired is a memory Eddie cherishes. The two had the opportunity to work together during Eddie's final shift at Station 11 on January 4, 2017.

As he says goodbye, Eddie looks forward to spending more time with his wife, son, daughter Stacy, and his grandchild — to “concentrate on us” after decades of selfless service to others. But it’s a career he never reconsidered for one minute.

“Every day is different,” he said. “You can do something positive for somebody at a really bad time. You can have an impact on them. There aren’t very many professions that bring you that satisfaction.”

For the people of Madison, he says that job satisfaction translates to a dependable service everyone can rely on at any moment.

“People can rest assured that when they got a red rig coming, the people who are coming are a dedicated group — which is pretty special.” 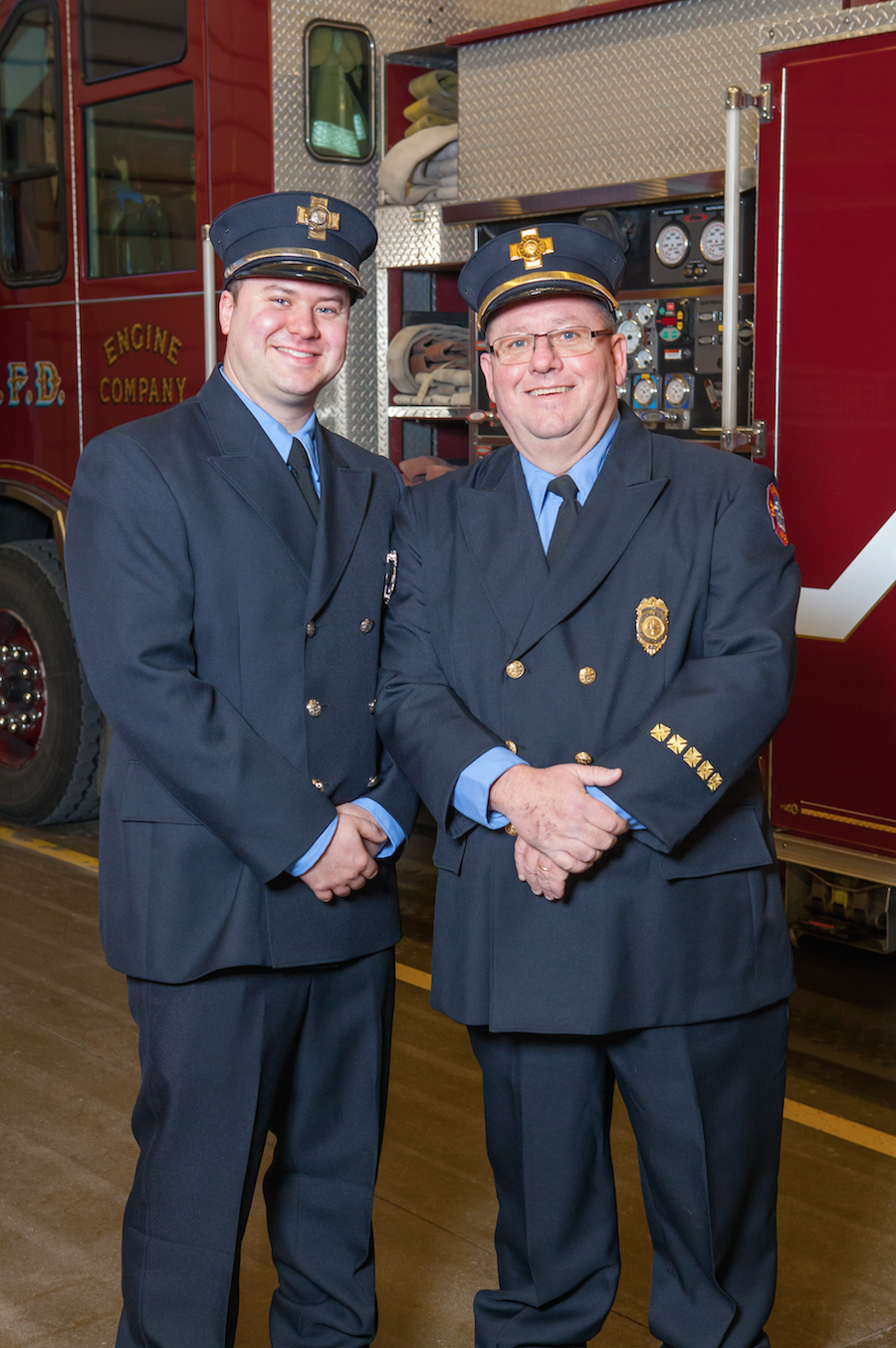 This content is free for use with credit to the City of Madison - Fire and a link back to the original post.
Category: General, Station 1, Station 3, Station 7, Station 10, Station 11