The structure fire that occurred at 314 Atlas Avenue earlier this week was a great example of the community stepping up to help those in need.  Upon arrival, the first-in Engine Company from Fire Station #5 was faced with many challenges.  The fire had extended throughout one large manufacturing warehouse. The first priority of the four-person crew was to ensure that all the warehouse workers were safe; fortunately, they were all accounted for.  Their second priority was to stop the fire from spreading to the two adjacent buildings.  These other two buildings were within 12 feet of the structure that was on fire.  The firefighters did an incredible job stopping the spread of the fire and saved millions of dollars in materials and equipment.

That was just a brief highlight of the initial issues with a building on fire.  It was obvious with the challenging weather conditions that our crews were in for a long day.  When I arrived on scene, my in-car thermometer read -15 degrees Fahrenheit.  The Department recognized early on this was not going to be an MFD-only issue; we would need community help!  Initially, the Command Staff from the MFD contacted several internal City agencies. Water Utility sent us more water (we used about 2,000 gallons per minute for several hours).  City Engineers were on the scene to contain and monitor water runoff from the fire.  Fleet Services sent us mechanics to make repairs and to thaw our apparatus on-scene to ensure the equipment was working properly. Madison Metro provided the MFD with busses to be used as "warming houses" for our people as well as other agencies that had staff at the scene. The City Streets division provided sand and salt for better footing, as well as a grapple bucket and a skid steer loader to assist with fire extinguishment.  Streets also cleared a large thick sheet of ice that formed on Atlas Avenue; they cleaned it to the point of dry, clear pavement within an hour of our operation ending. Madison Police secured the area so no bystanders were injured.  Traffic Engineering provided barriers to assist in securing the scene.  This emergency event was a true integrated City staff effort; many parts working together as one unit.

However, the assistance we received did not end with City staff. Madison Gas and Electric took care of any utility issues we faced to ensure safety on the scene from gas and electricity.  Dane County Emergency Management provided us with a mobile command vehicle; Fitchburg firefighters delivered and set up that vehicle.  The neighbors in the area got involved as well.  Grainger, Inc. provided space for the investigators to do some initial interviews and keep warm.  The Cottage Café provided hot drinks and meals for our staff.  The Salvation Army provided meals for our responders. Gaylord Catering provided hot drinks.

The incident was a true community event; neighbors helping neighbors in their time of need.  Many times the firefighters get all the acclaim surrounding these events.  For this particular event, kudos go out to everyone!  I would like to send a heart-felt "thank you" to the whole community for all your support and assistance. 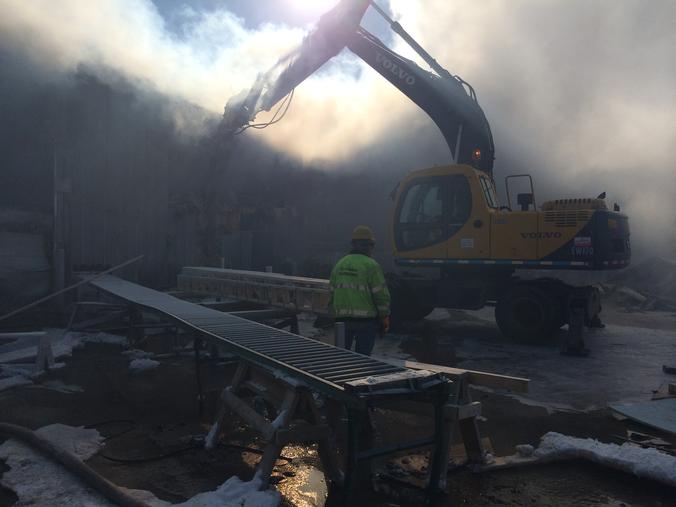