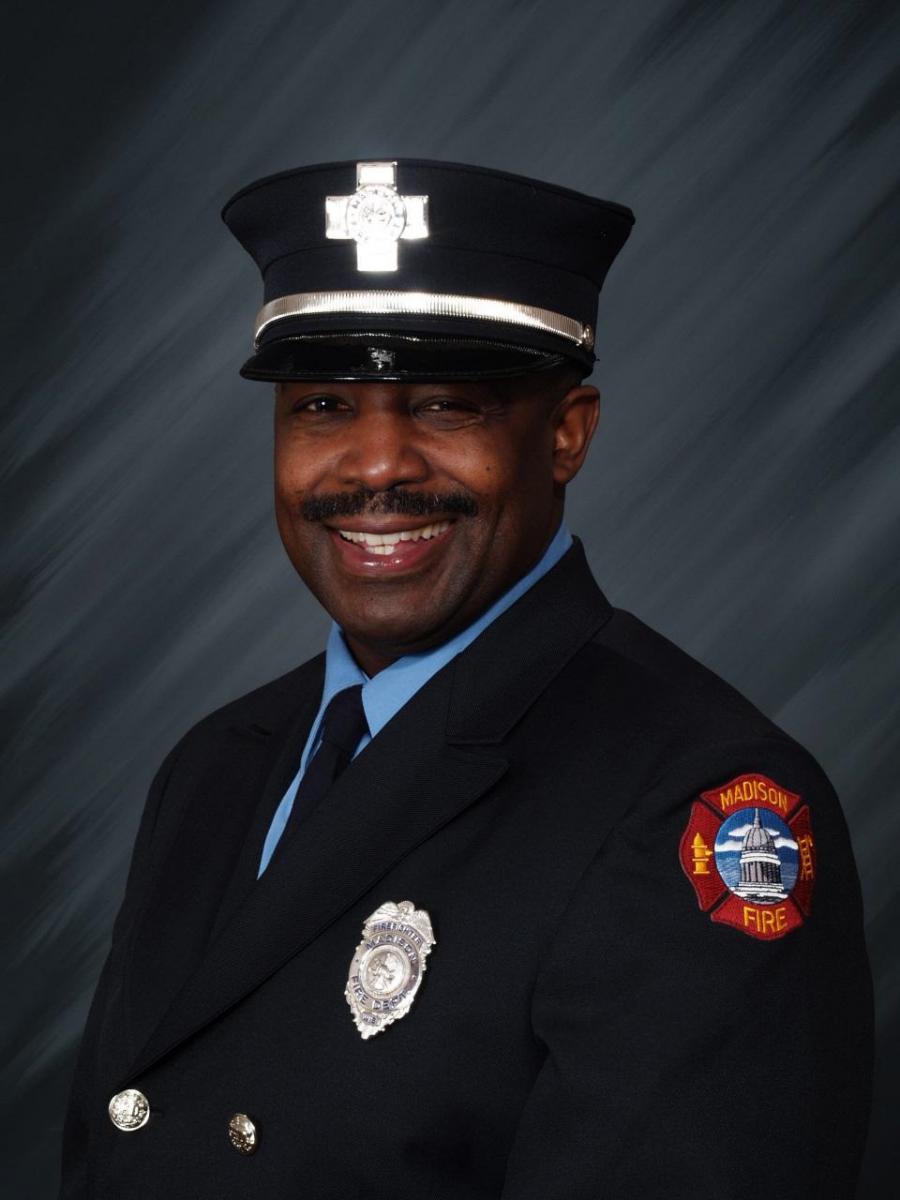 The Madison Fire Department said goodbye to its longest-serving paramedic last week as Bob Wallace put a cap on an incredible 28-year career mainly serving the city's south side.

Wallace’s tenure with the fire department began on January 16, 1990. Prior to that, Wallace was a legislative aide to Marcia Coggs, State Representative from the 18th district out of Milwaukee. When Rep. Coggs came upon the decision to retire, Wallace was asked if he’d like to run for her seat.

Though it was an intriguing prospect, Wallace would have had to move to Milwaukee, and he knew his heart was in Madison. Open to a change in his career path— one that would take him out of politics— Wallace was urged by friends to try out for the Madison Fire Department.  at the urging of a few friends who were already on board and knew he might like the medical aspect of the job.

“They pushed the paramedic piece—I think they knew I liked the medical stuff,” Wallace remembers. “So I took the test and was fortunate enough to pass.”

Four years after kicking off his career at Station 2 on the west side, Wallace became a paramedic and transferred to Fire Station 6 on West Badger Road, where he remained until the day he retired.

“When they have a problem employee, they just want to keep him in one spot,” Wallace said with a smirk.

It was a fitting assignment for someone who lived in the area and took pride in serving his neighborhood.

Having found his niche, Wallace dedicated his career to helping people get back on their feet and back to the life they were meant to live. With a personalized, patient-first mindset, Wallace took time to truly connect with the people he was called to help at a moment’s notice.

In some cases, Medic 6 found itself responding to the same addresses for the same issues, and it bothered him.

“You can run them in, dump them off (to the hospital), but I think that’s what’s clogging the system up. We have this massive volume of people that are getting dumped off and we’re not doing anything to change the pattern,” he said.

Soon he began making the rounds, hosting blood pressure and blood sugar checks, all in an effort to help educate people about their health and reduce their reliance on the emergency medical system.

At one address, he observed, “We had a large, primarily black population, and the main issues in the black community are hypertension and diabetes, so it seemed like it made sense to monitor those things. It cut our call volume down considerably.”

Wallace predicts initiatives like the Community Paramedicine program will continue to grow in order to meet the demands of an overwhelmed healthcare system.

“With the way the healthcare system is designed, it will collapse under its own weight if we don’t do anything.”

Over the course of his 24 years on the ambulance, Wallace has seen EMS evolve in a variety of ways, from medical breakthroughs to technological advances that have made electronic record keeping a critical component of daily protocol.

While these upgrades bring more efficiency to the practice, Wallace considers the unintended consequences of having medical providers remain so tethered to technology.

“Students are really comfortable with monitors and machines and bells and whistles, but what about the interaction and personal contact?” he asks. “Holding someone’s hand and talking to them for five minutes does wonders. You’d be amazed.”

Spending 28 years in a high-pressure job on one of the city’s busiest ambulances is no small task. Asked how he avoided burnout, Wallace said having incredible ambulance partners made all the difference.

“They’re seeing you at your best, your worst. You’re getting beat up, you’re tired,” he explained. “If you have someone you enjoy talking to and laughing with, and you feel you can confide in, that makes everything a lot easier.”

As he eases into retirement, Wallace has one thing on his mind: Sleep.

“That’s huge. That’s massive. That’s number one on the agenda!”

After getting some rest, he looks forward to catching up on the things he didn’t have time to do before. He may even take the opportunity to continue teaching others the basics of family care, from First Aid to what he calls ‘Grandma common-sense knowledge,’ like how to apply a cold compress, when to elevate a limb, how to stop minor cuts and bleeding.

“Just try to leave something better than you found it,” Wallace said. “That’s always been my goal.”

Having impacted countless lives in Madison, giving special care and attention to those who needed it the most, there’s no question he did just that. 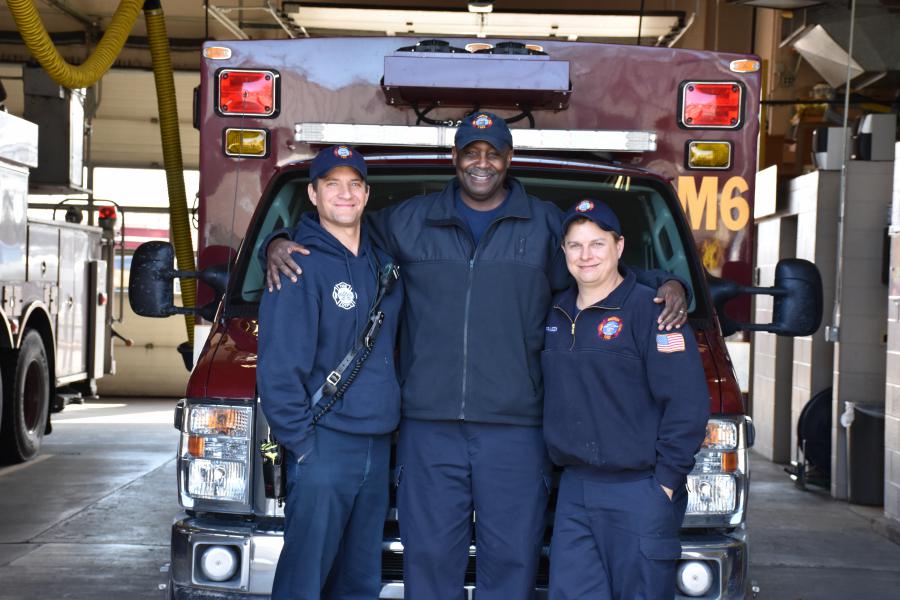 Pictured: Bob Wallace with his ambulance partners Eric Winker (left) and Aaron Babcock (right) on his last day at MFD.

This content is free for use with credit to the City of Madison - Fire and a link back to the original post.
Category: General, Station 2, Station 6
Tags: Meet the MFD