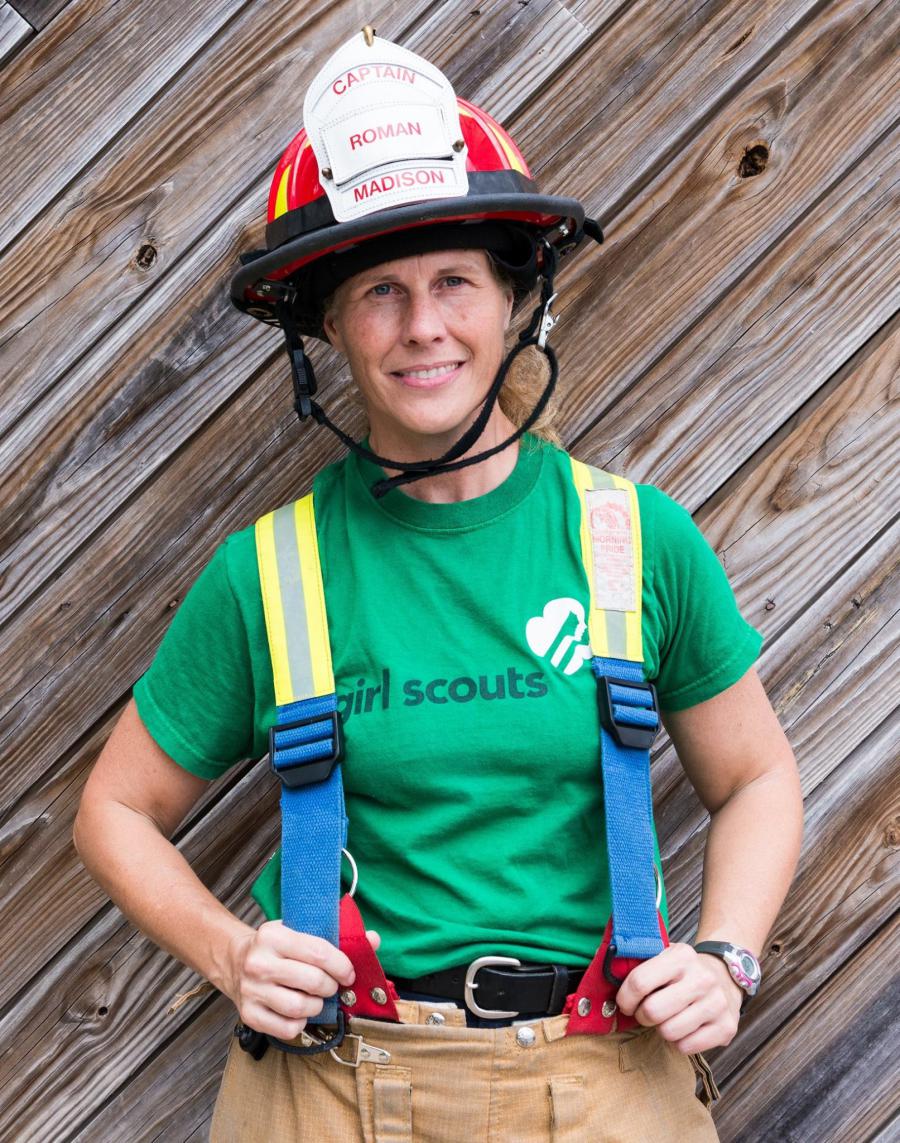 The Jefferson Awards empower individuals to have maximum impact on the things they care about, to change their communities and the world, and to inspire action.

Honored for her work as the co-founder of CampHERO, a summer camp for girls in Kindergarten through 12th grade that teaches courage, confidence and character while introducing them to the protective services, Román was selected from a pool of twelve nominees recognized by WKOW-TV in Madison to present at an annual gala in the nation's capitol.

"Many people have never seen a woman in a fire helmet," she told the audience at the gala on June 28 as she donned her red Captain’s helmet. "There aren't many of us—only about 3.5% nationwide."

In partnership with Girl Scouts of America, CampHERO brings in around 200 girls each summer and offers them hands-on experience in police, fire, and emergency medical services.

"We give them an ax and watch their confidence soar as they swing it. We watch them find the courage to crawl into a dark tunnel to save a victim. And most importantly, we surround them with mentors of great character to help them realize their own," said Román.

Through opportunities like CampHERO, Román hopes young girls aspire to join the protective services and change the landscape to better reflect the diversity within the communities they serve.

"We all benefit from diversity amongst those who protect us," she said.

CampHERO just wrapped up its 7th year in Madison, but Román, who celebrates her 20th anniversary with the Madison Fire Department this week, is already thinking ahead to next summer!

CampHERO relies on a team of volunteers who serve a variety of roles, including instruction, food services, camp counselors, and administrative duties. If you'd like to get involved, visit CampHERO's volunteer page.

Enrollment for next year's camp begins in January. Set a reminder on your calendar, bookmark CampHERO’s registration page, and tell a girl about this one-of-a-kind opportunity!

This content is free for use with credit to the City of Madison - Fire and a link back to the original post.
Category: General
Tags: Awards & Recognition, Meet the MFD, Madison Fire EMS