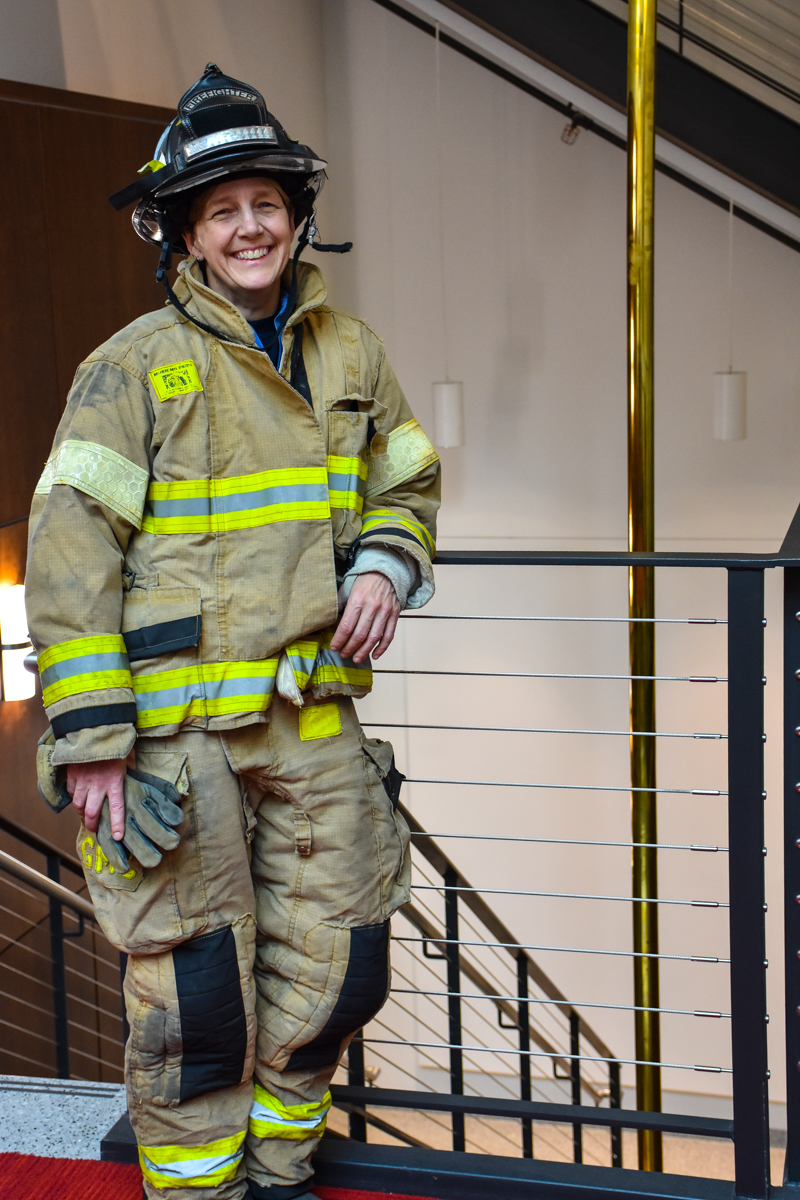 Firefighter/Paramedic Gail Campbell has retired from the Madison Fire Department, capping off a career that spanned three decades and served all corners of the city.

Campbell was first drawn to the MFD in the 1980s at the encouragement of her then-roommate, Jody Kurilla, now a retired lieutenant with MFD.

"She was like, 'Gail, you’d really love this job. You’d be perfect at it!'" Campbell remembers. "I literally wore her suit to my job interview."

Her first attempt to get hired landed her on the department’s waiting list, and she was advised to pursue educational opportunities in fire and EMS in the meantime.

While continuing to work part-time with a civil engineering corporation, she began part-time studies at Madison Area Technical College and acquired her EMT license. Following a three- to four-month stint with the Fitchburg Fire Department, Campbell was selected to come aboard the MFD. Her first day was June 26, 1989.

"I think it was a blessing to not get hired right away because I really had no background in it at all. When I went through MATC, I was like, 'Oh! This is really cool!'" Campbell said.

Her career kicked off at Fire Station 2, where she served as a firefighter in a double company at a time when rigs were cross-staffed. Back then, the driver was not a promoted position as it is today, and crew members took turns driving each shift.

"I remember very distinctly, on my second day on the job, they told me I was driving Ladder 2. I remember being a deer in the headlights, even though we had practiced in the Academy. A senior firefighter was like, 'No. That’s not happening,'" Campbell recalls with a laugh. "I think that was the better choice."

After two years at Station 2, Campbell was assigned to Station 7, which was located on Raymond Road at the time. Next, she moved on to Fire Station 1, an assignment that placed her on the Lake Rescue Team and provided the excitement and heavier call volume she had been craving from the start.

It was during her time at Station 1 when Campbell experienced the most memorable call of her career. Several MFD crews were dispatched to Simpson Street (now known as Lake Point Drive) for multiple victims of gunshot wounds.

"After we had stabilized that part of the incident, we saw smoke pluming out of [the shooter’s] apartment building," Campbell remembers. "Once we were in there, we started noticing all these weird things."

Multiple fires had been set inside the apartment. Once the fires were out, Campbell’s crew re-entered to perform overhaul. That's when they realized they’d just tempted fate.

"There were homemade bombs on the table and a fusible link attached to one of the bedrooms that I’d gone in to open up the windows to clear the smoke," Campbell remembers vividly. "In the end, we were like, 'I guess it wasn’t our time!'" 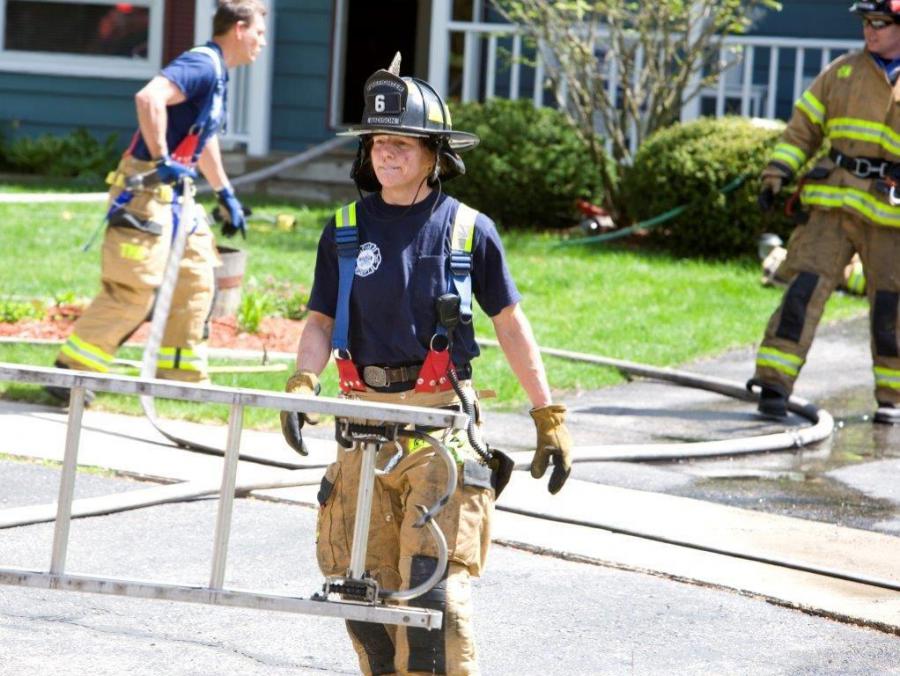 From Station 1, Campbell proceeded to Paramedic School. With her background as a Biology major, delving into the world of EMS proved to be a good fit. She went on to serve the north side from Station 10, the east side from Station 5 and Station 3, and finally landed on the south side, where she spent about twelve years on Medic 6.

The goal of Community Paramedicine is to identify frequent users of the 911 system, connect them with the resources they need, offer education, and work with them proactively to improve their health and reduce their reliance on 911.

"It’s been a surprisingly, amazingly rewarding experience being a Community Paramedic," Campbell said. "There’s a lot of social work, and I’ve found there’s a huge amount of coaching and talking to people and really taking the time to hear their story."

As she steps into retirement, Campbell says she’ll miss the people most of all—not just her colleagues who made her career so memorable, but her patients as well.

"I was exposed to people I would probably never be exposed to. I was able to see all sorts of ways of living and being, and to be able to help them on some level is pretty amazing."

Campbell won't have any problem finding things to do during retirement. She plans to spend more time with family and friends, travel, and she'll continue to keep busy as a drummer in one of Madison’s most popular bands, VO5.

"Inside my brain, I think I could do this another 30 years. There are so many great things about it," Campbell beamed. "I just feel really lucky."

This content is free for use with credit to the City of Madison - Fire and a link back to the original post.
Category: Station 1, Station 10, Station 2, Station 3, Station 5, Station 6, Station 7
Tags: Meet the MFD