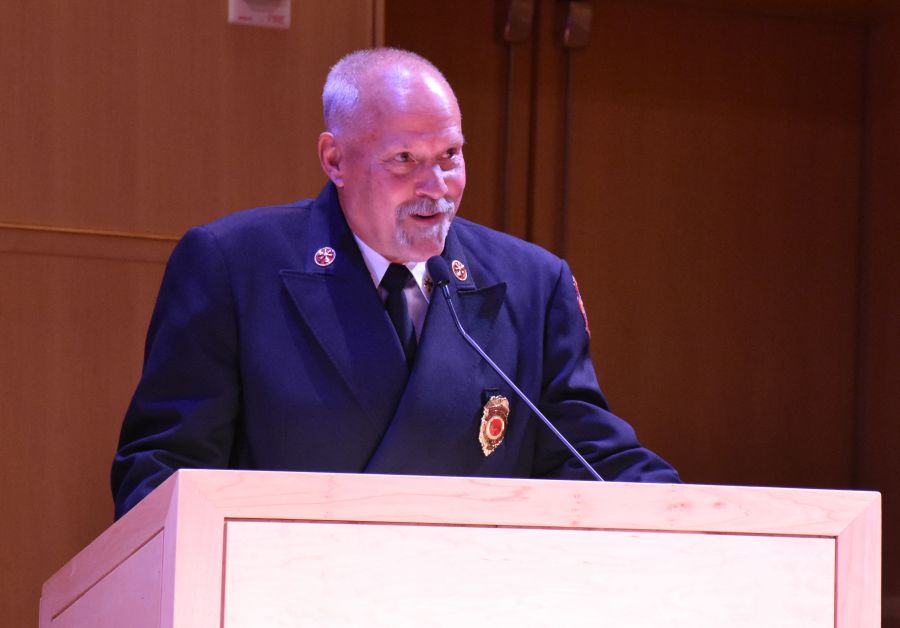 "Very few of us have an occupation where we get a chance to make a difference in someone’s life every day,” said parting Division Chief Mike Dibble in his farewell message to the Madison Fire Department.

Dibble was keenly aware of the importance of his job long before he joined the MFD 33 years ago.

He was working on a motorcycle in his mom’s basement as a junior in high school just before a large fire destroyed his home and displaced his family for six months. He says that single experience shaped his perspective throughout his career.

"I knew how people felt on their worst day,” he said. “You can only really know how someone feels if you’ve been through it yourself.

Dibble came to Madison in the 1970s when he played hockey with the UW-Madison Men’s team.

“Every day we’d get out of practice across the street from old Station 4. I’d say, ‘That’s the job I want when I get out of college.'”

His career kicked off at Fire Station 1 in the heart of downtown Madison. He stayed there for five years before landing a spot in paramedic school.

As a paramedic, Dibble remained at Station 1 until he was transferred to then-Station 8 on North Street. Two years later, he moved to Station 10 (Troy Dr.) where he served until 1995 before being transferred to Station 4 on Monroe Street, “Bucky’s House" — the same station he used to gaze upon after hockey practice.

Dibble was promoted to Lieutenant in 2000, changing to the A shift after spending his career thus far on the C shift. Station 3 on Williamson Street was his home base for a little while before he got to experience a taste of the city as a roving lieutenant serving from various stations in Madison. He landed back at Station 1 for three more years before being named Division Chief of Grants and Support Services. He left the MFD in January as Division Chief of Training and Safety, overseeing the Training and Investigation Divisions.

Fire Chief Steven Davis worked side by side with Dibble for 25 years on EMS and fire calls. He says Dibble has been an “anchor” in the organization.

"He more than once came back from a call without shoes, simply saying the patient needed them more than he did," said Davis. "Because of that type of caring and compassion he became a role model for all City of Madison firefighters. He always gave to the organization and city, and he asked for nothing in return."

Caring was a driving force in Dibble's service to the community, and he never missed an opportunity to impart the same values to his colleagues and up-and-coming firefighters.

"Firefighters possess two genes. One is the Caring Gene inherited from your parents and your upbringing. The other is the Sense of Fairness Gene passed on to you by the firefighters who paved the way before you. The DNA involves the code that you:
Finish what you start
Do what is necessary
Be tough but fair
Keep your promises
Ride and take pride in the MFD"
It's a parting message Dibble shared with every member of the MFD, and it's reminiscent of that which he presented to the MFD’s newest recruits, whom he trained and mentored, on their graduation day.


As they carry the torch he passed to them, the Caring Gene will surely live on in Madison for years to come. 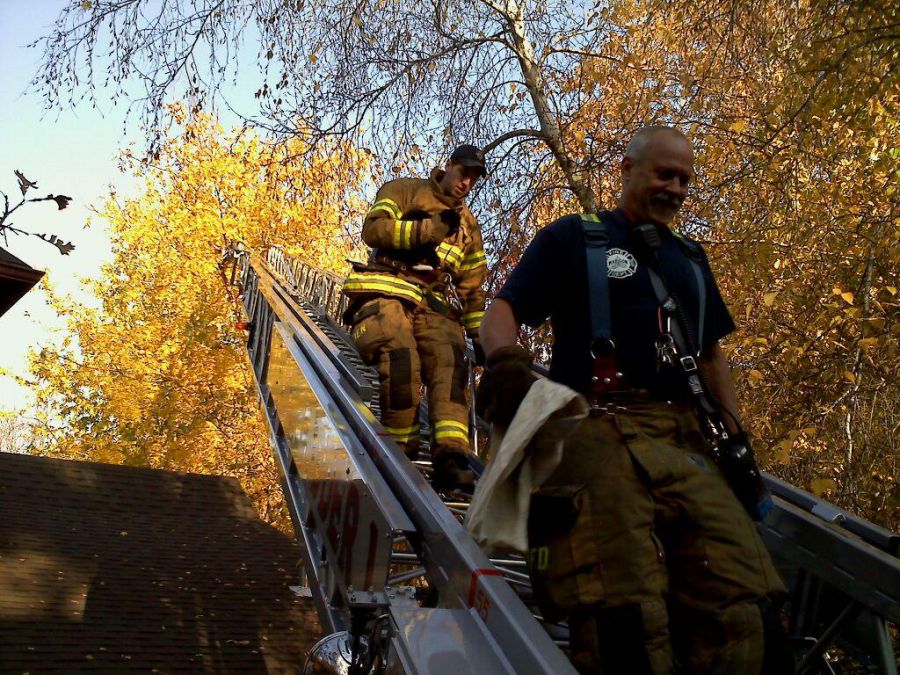 Pictured above: Mike Dibble addressing Class 4 recruits at their November 2015 graduation
Pictured below: Then-Firefighter Nadolny and then-Lieutenant Dibble rescuing a cat from a tree
This content is free for use with credit to the City of Madison - Fire and a link back to the original post.
Category: General, Station 1, Station 3, Station 4, Station 10
Tags: Meet the MFD