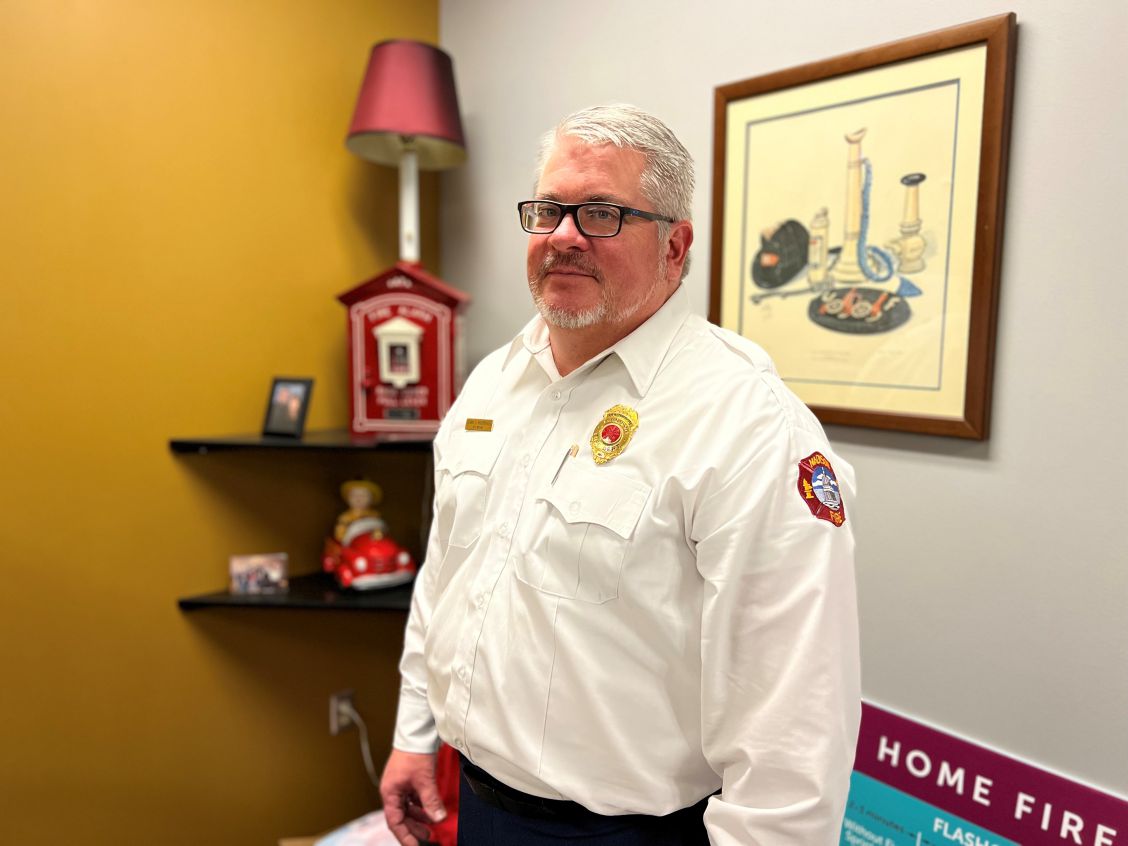 Ruckriegel came to the department on July 16, 1990 with a Fire Protection Engineer degree in tow. A self-described “code geek,” he was drawn to the profession by a unique interest in understanding fire codes, as well as the history behind modern safety standards.

“The fire code really is built out of tragedy. You look at those tragedies, what we learned from them, and how we improve upon them,” Ruckriegel explained.

For Ruckriegel, there was also a personal connection to some of that history.

“My parents were at the Beverly Hills Supper Club the week before it burned. It was their 25th wedding anniversary,” he said. The fire at the popular Southgate, Kentucky venue killed 165 people in May 1977. Investigations concluded that overcrowding, poor code enforcement, inadequate fire exits, poor construction practices, and multiple code violations were all factors in the tragedy.

Nine years later, Ruckriegel lost a cousin in a fire-related death in Danville, Kentucky. “That certainly had an influence on me as well.”

Since that time, Ruckriegel devoted his career to preventing tragedies like these from occurring in the city of Madison. As Fire Marshal, he oversaw all facets of the Madison Fire Department’s Fire Prevention Division, including elevator inspection, building plan review, and community education. The city grew substantially during his 32-year tenure, and with it, so did the demands for the department’s services. The Prevention Division saw a gradual transition to full-time professional civilian staffing to meet the city’s needs.

Although he steps away from his post as Madison’s fire marshal, he’s not finished yet. He says he’s ready to take on what he calls “the next step in fire protection,” advocacy for fire sprinklers. He’ll soon serve as the Wisconsin Chapter Coordinator for the National Fire Sprinkler Association. He hopes to see fire sprinklers take on greater prominence in the home.

“Even though the number of fires continues to go down, the fire fatalities continue to go up,” he explained, citing an increase in home fire deaths across the country in 2022. “I think fire sprinklers are the only way we will reduce fire deaths in the U.S.”

With many career highlights to look back on—including the successful passage of a robust smoke alarm ordinance in 2009 and Madison’s designation as a Class 1 city by the Insurance Service Organization in 2016—Ruckriegel is quick to point out that he didn’t do any of it alone.

“All of it was accomplished through teamwork and collaboration, and as a group we were able to accomplish some really good things for Madison.”

With gratitude to the dedicated people who make up the Fire Prevention Division, he also thanks the chiefs and former chiefs of the department and anybody who’s ever had a hand in doing prevention work for the city.

“I think the teamwork, camaraderie, and dedication within Fire Prevention Division is a real attribute of the department,” he said. “The very best thing about the job has been the people.”

This content is free for use with credit to the City of Madison - Fire and a link back to the original post.
Category: General, Your Safety
Tags: Meet the MFD