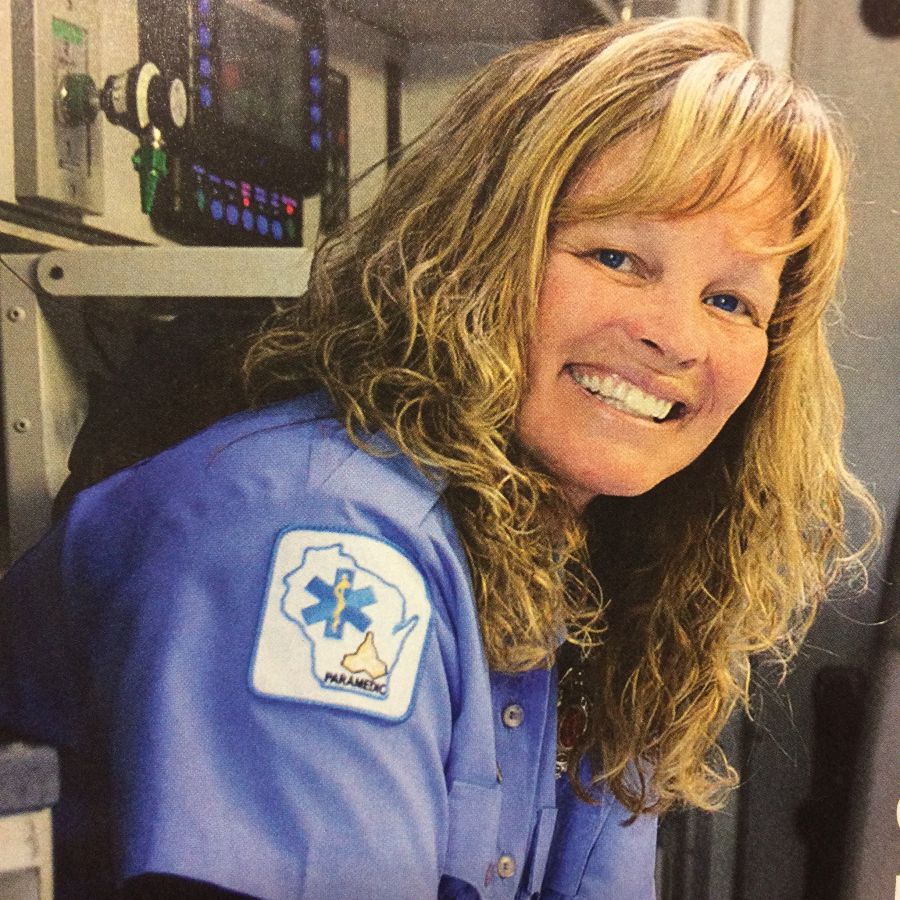 In a department comprised of more than 350 commissioned members, few can say they know every name and recognize every face.

Consider, then, what an achievement it is to know every name, every face, and have a direct impact on everybody’s career.

That is an accomplishment EMS Training Officer Beth Risler can celebrate, and she does so with pride as she prepares to retire after 22 years of dedicated service to the City of Madison.

Risler’s journey into the EMS world began in Brodhead, where she volunteered on the ambulance while serving full-time as the city’s Director of Parks and Recreation. The day job kept her busy with coordinating sports leagues, coaching, refereeing, and maintaining Brodhead’s recreational properties.

Equipped with a pager, the self-described “adrenaline junkie” would jump at the chance to respond to an emergency medical call whether in the middle of the night or while mowing the lawn at the local baseball diamond.

Although EMS kept her busy, she felt compelled to give firefighting a try.

“The big fire tones would go off and I’m like, ‘I want to do that too!’ because I was missing out on something,” Risler remembers.

A friend encouraged her to apply to the fire department. Being one of two women to do so raised some eyebrows but she “proved herself,” she said, and she felt supported along the way.

In 1995, she came to the Madison Fire Department with all the fire and EMS certifications she would have earned in MFD's Academy, but transitioning from a rural department to the city, she was excited to learn “Madison’s way.”

One of the biggest calls of her career occurred during her second day on the ambulance, when the Pharmacy Building on the UW-Madison campus collapsed. Risler and her paramedic partner were first on scene.

“I didn’t have a helmet, I didn’t have any gear on. We were just coming in to get this patient!” Risler recalled, referring to a person who was pinned underneath a concrete beam and could not be moved to the ambulance.

As others attempted to remove the concrete using airbags and other extrication tools, Risler positioned herself next to the man and kept him company for three hours. The incredibly challenging call was also very rewarding, she said, and resulted in a life-long friendship with the man whom she still sees on occasion.

During her decades of service, Risler also delivered a total of seven babies– five with the MFD and two as a volunteer in Brodhead.

Throughout her career as a Madison firefighter and paramedic, Risler remained on the city’s east side, serving from Fire Stations 5, 3, and 8, along with a stint at downtown Fire Station 1. She said there was something to enjoy about every station.

Risler met her husband, Doug Korducki, during the Fire Academy. He remains at the MFD as an Apparatus Engineer.

While Risler served on the east side, Korducki remained on the west side. These assignments were both strategic and family-focused.

“In case something tragic happened, I always worked east and Doug always worked west so we wouldn’t go to a fire and leave our kid orphaned,” she said, cognizant of the dangers of the fire service. Their daughter, Brianne, is now 16 years old.

In 2013, Risler was offered the opportunity to come to the EMS Training Division, a move that would allow her to change her schedule so she or Korducki could be at home with Brianne more often. The new assignment also revealed talents and passions Risler didn’t know she had!

“I didn’t know I liked to be a teacher until I came to the Training Division. I love being a paramedic, I love being a firefighter, but now I know I love teaching also,” she said.

Risler has been responsible for ensuring every EMT and paramedic is up to date on their licensing and certifications, and she’s trained and certified all new recruits in the last eight Academy classes.

When new equipment was purchased, she and her fellow training officers evaluated the equipment and trained the department on proper use. She also kept the city’s ambulances stocked at all times with the proper medications and other consumable supplies so patients received the utmost emergency medical care.

In addition to educating all members of the MFD, she also provided training to Dane County Regional Airport/Truax Field Fire Department personnel and CPR certification for employees at other City agencies.

Altogether, these were daunting tasks but Risler handled them with grace and enthusiasm. Aware she was teaching fellow “adrenaline junkies,” often in a classroom-style setting, she continually aspired to make her lessons both creative and engaging.

Though she steps down from her position at MFD, it’s unlikely she’ll give up teaching entirely. She also intends to volunteer; reacquaint herself with hobbies she used to have time for, like scrapbooking, gardening, and reading; and she looks forward to spending more time with her husband and daughter.

“I’ve touched everybody somehow,” Risler reflects. “I’ll miss the big family that this is.”

The “family” will miss her, too. 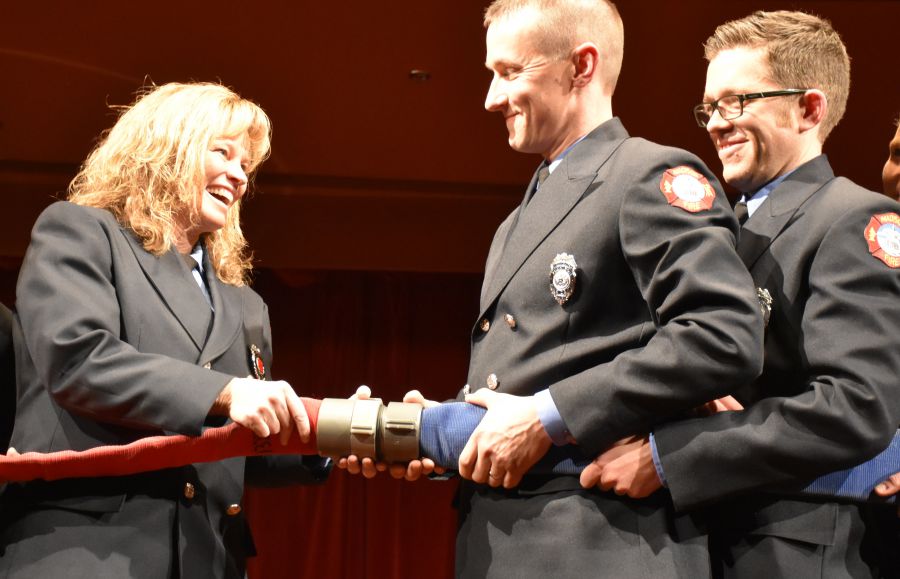 Risler with members of Recruit Academy Class 5 during their graduation, January 13, 2017.

This content is free for use with credit to the City of Madison - Fire and a link back to the original post.
Category: General, Station 1, Station 3, Station 5, Station 8
Tags: Meet the MFD