Engine 10, Medic 8 Reunite With Baby Who Burst Into the World Feet First 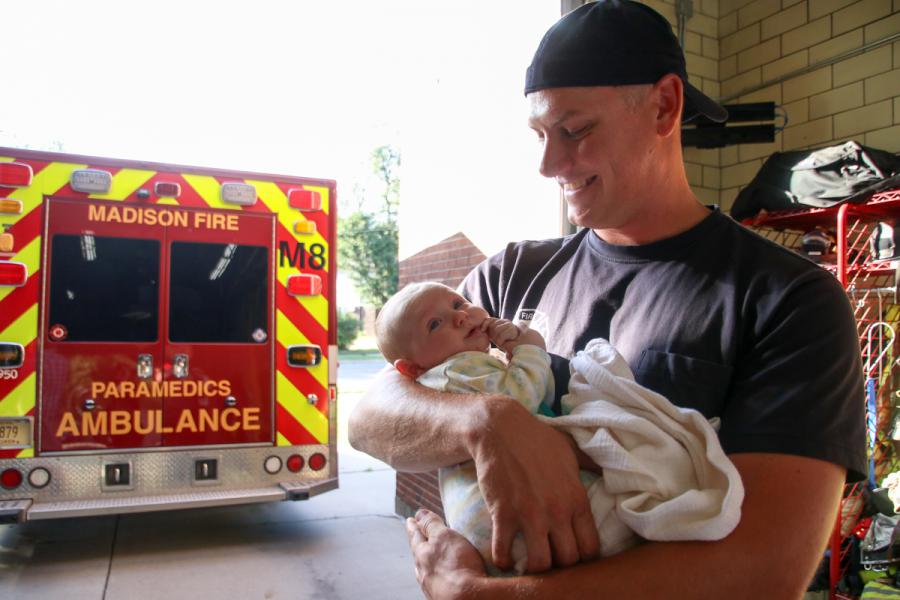 When Simon Berna was ready to make his grand entrance into the world on June 9, 2019, he jumped in feet first. Nobody saw it coming.

“He wasn’t breeched at my last appointment,” recalls Simon’s mother, Ines, who had an otherwise normal pregnancy.

After about two hours of labor, Ines’s water broke. Soon after, she knew something wasn’t right.

“I felt what must have been the umbilical cord and a leg coming out,” Ines remembers. At the time, she didn’t know what was happening and began to panic. “I thought I was feeling my intestines.”

She directed her husband, Andrew, to pick up the phone and dial 911, setting Engine 10 and Medic 8 in motion on what would be one of the most memorable calls of their career so far.

“Getting a childbirth is a once-in-a-career type of call,” said Acting Lieutenant/Paramedic Jan Hesslink, whose first childbirth call was to the Berna home that fateful day. “But a breech? With a delivery? That’s unheard of!”

En route to the call in the Lakeview Hills neighborhood, Engine 10 had very little information at hand:

It looked like the crew had a little time, but for the Bernas there wasn’t a moment to spare.

Over a special dinner and reunion at Fire Station 10, the family and the crew compared stories about what happened next.

“You were walking up the driveway pretty slowly,” Andrew told Engine 10. “I thought, ‘Hurry up! Get in here!’”

Based on the notes provided at the time, this was a routine “woman in labor” call. The crew was about to learn it was anything but routine.

“I walked into the bathroom and saw a leg and umbilical cord, and I said, ‘It’s a breech!’” Firefighter/EMT Brian Tremain remembers.

“Oh,” thought Ines, who until that moment feared the situation was gravely worse. “It’s just a breech!”

Tremain and fellow EMT Caluster Buie got on the floor to assess the situation and began to coach Ines through whatever needed to happen next.

Because of the complications and risks associated with breech deliveries, protocol directs EMS providers to get the mother to the hospital as soon as possible, and to take measures to ensure the baby does not advance any further through the birth canal.

But sometimes real life throws you a boomerang.

“Simon was the protocol that day!” said Paramedic Jonathan Braun with a laugh. “This one was coming.”

Medic 8 arrived to find Tremain and Buie coaching Ines through what they concluded would be an inevitable delivery. By now, both legs had emerged, and Simon was out to his waist.

Indeed, Simon’s ability to breathe was a great concern as the crew continued to facilitate the birth as smoothly and safely as possible. Tremain repositioned the baby, and moments later Simon was fully delivered.

“He came out easy for a breech baby,” Braun recalled.

But Simon was limp, gray in color, and wasn’t breathing. He did have a pulse.

Engine 10 and Medic 8 swung into action, suctioning his airway and vigorously rubbing him to try to kickstart his breathing instinct. They began to help him breathe using a bag-valve mask, a delicate operation for such small and fragile lungs.

Meanwhile, the umbilical cord was cut, and Simon was taken to the ambulance along with his dad. Ines stayed behind with Engine 10 as a second ambulance was dispatched to care for 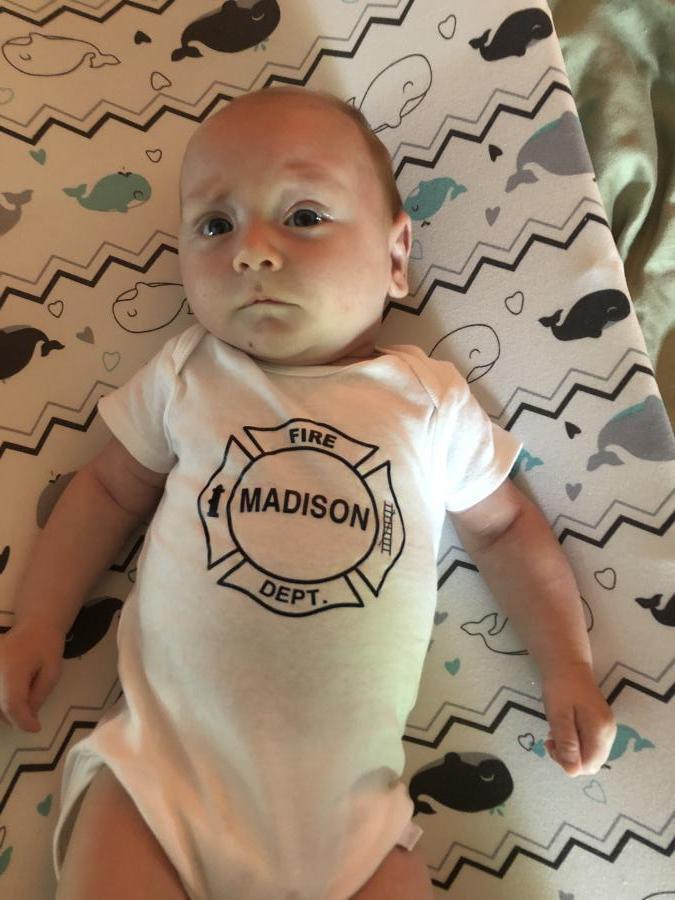 As ventilations continued, Simon was nestled into warm blankets on the ambulance cot. Soon, he began to whimper. The bag-valve mask was lifted from his face, and Simon began to cry — the most beautiful sound in the world to those so eager to hear it.

“I was relieved when someone ran back to tell me he was breathing,” Ines said. Moments later, Medic 5 was at her doorstep ready to take her to the hospital to be reunited with Simon.

Now breathing on his own with blow-by oxygen to assist, Simon’s condition improved.

“It was amazing to see him turn pink,” said Paramedic Nick Mittelstedt.

Nearly three months later, Simon, his big sister Hazel, Ines, and Andrew prepared a delicious dinner for the crew as a thank-you for the lifesaving efforts and compassionate care they provided back in June.

The crew had a few surprises for the Bernas as well: A custom onesie and t-shirt featuring the MFD emblem and “M8 E10” adorning the back, and a special cake.

Simon looked on— a happy, healthy baby not yet aware that his story is one for the MFD history books. 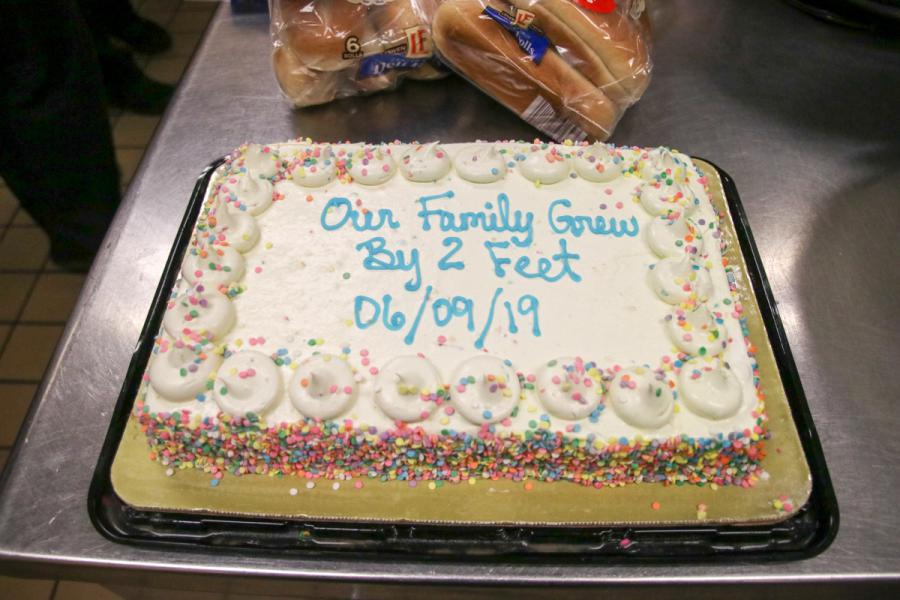 This content is free for use with credit to the City of Madison - Fire and a link back to the original post.
Category: General, Station 5, Station 8, Station 10
Tags: Madison Fire EMS, MFD Behind the Scenes