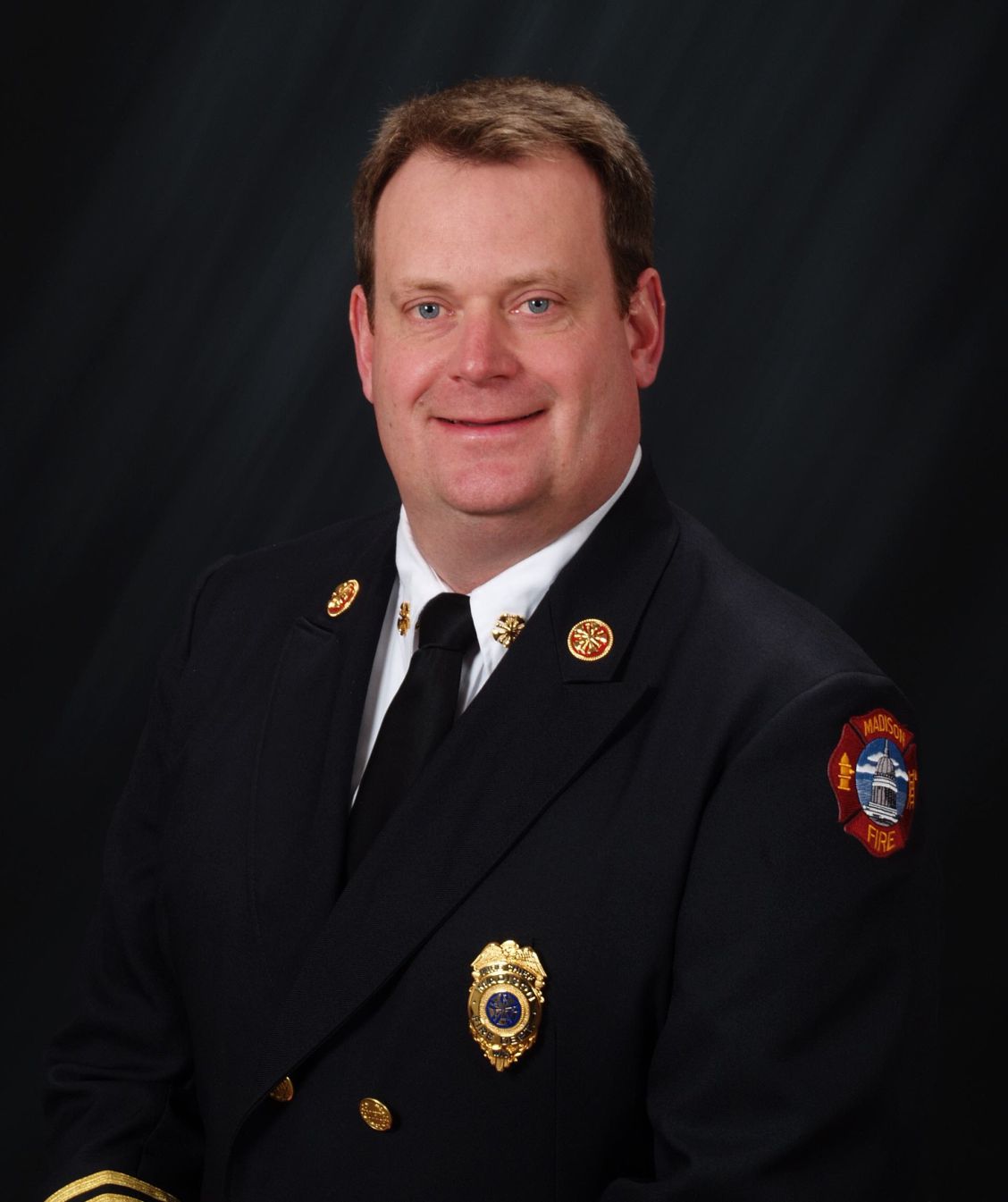 The Madison Fire Department says goodbye today to its eleventh career fire chief, Steven Davis, who retires after more than 32 years of dedicated service to our community.

Drawn by the allure of fire trucks, Davis was attracted to firefighting at a young age. For many, riding on fire trucks is a childhood dream that fades over time. For Davis, it was a calling.

“It’s all I’ve ever wanted to do,” Davis said. “Fire trucks are big and they’re loud and they’re stinky, but they’re also a symbol of peace, comfort, relief. When people see a fire engine pull up, they know things are going to be okay. There’s something very romantic about that.”

Davis was hired to the Madison Fire Department on August 21, 1989. His early career spanned the ranks of firefighter, paramedic, and training officer. He first served as a rookie on Madison’s north side (Fire Station 10), then was transferred to Station 3 on Williamson Street, where he stayed for two years. Following a year at Station 5 on Cottage Grove Road, he spent a couple months at Station 4 (Monroe Street) and ultimately landed at Station 1 prior to entering paramedic school in 1995.

“Probably my favorite time in my career was the time I was a paramedic,” Davis said. “Every day it brought a new challenge, and it was fun to make such a difference in somebody’s living room.”

Just as enjoyable was being a lieutenant at Fire Station 1, where he co-led the Lake Rescue Team.

“It was just fun to build teams and train, and to really try to improve how we delivered service day in and day out.” 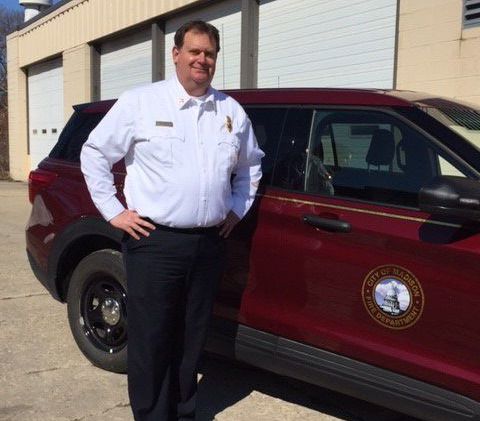 Training and team development was a common theme throughout Davis’s career. As a training officer, lieutenant, and eventually Division Chief of Fire Training, Davis found himself immersed in a passion for teaching others and improving the department's tactics, operations, and overall service to the community. As Fire Chief, he ushered in new initiatives and innovative ideas that further solidified the Madison Fire Department’s reputation as one of the most progressive departments in the nation.

Though he could point to the addition of two new fire stations, the acquisition of North America’s first electric municipal fire engine, or the activation of a ninth ambulance as the greatest achievement during his tenure, Davis says, “I’m most proud of how our organization grew emotionally. I think we’ve made some great strides.”

The untimely deaths of Lieutenant K-Tal Johnson in 2006, Firefighter/Paramedic Richard Garner in 2018, and Apparatus Engineer Todd Mahoney in 2019 were watershed moments for the department.

“When you lose a member in the line of duty, or you lose an active-duty member, it really does have a long-lasting impact on the organization,” Davis said. “If there’s a silver lining, I would say it’s that these moments really bring people closer together and people look out for each other more.”

The establishment of the Peer Support Program in 2018 by the department and Fire Fighters Local 311 further normalized the notion that tending to one’s emotional well-being is just as important as maintaining physical health. The program was readily accepted by department personnel and is regularly utilized to this day. 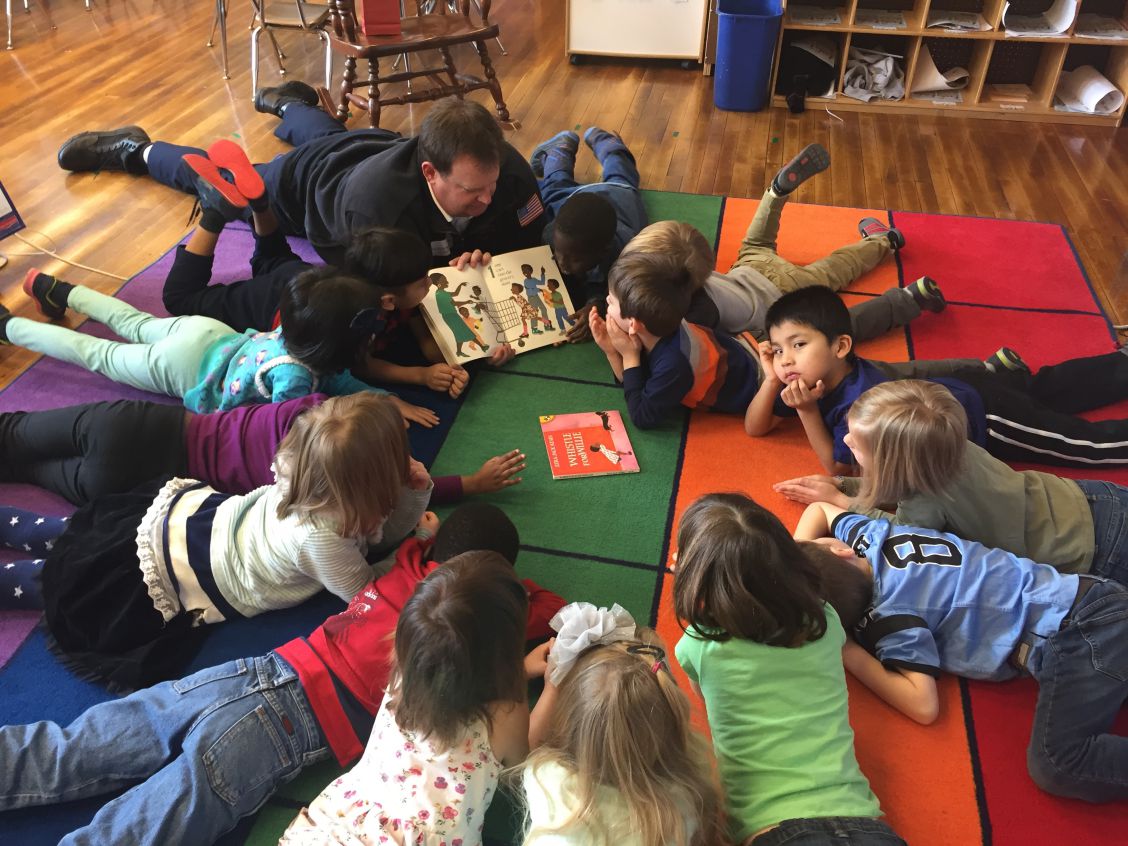 As Davis began to consider his eventual retirement, he also reflected on his legacy as a leader. Inspired by the legacy of former Fire Chief Ed Durkin, who hired the first commissioned women to the department in 1980, Davis set out to bring more voices to the table in order to drive equitable change within the department.

In listening to the voices of under-represented groups, Davis facilitated improvements in the department’s hiring and promotional processes, as well as uniform and equipment selections that allow for a wider array of sizing options for personnel.

Now, as he prepares to hand the reins to his successor, Chris Carbon, Davis says he feels good about where the department is headed.

“I think Chief Carbon is going to bring a lot of fresh ideas on community involvement, staff retention and recruitment, and really getting the fire department out there in the community,” Davis said. “I’m excited to see where the CARES program goes; it’ll be neat to see him take that to a whole other level.” 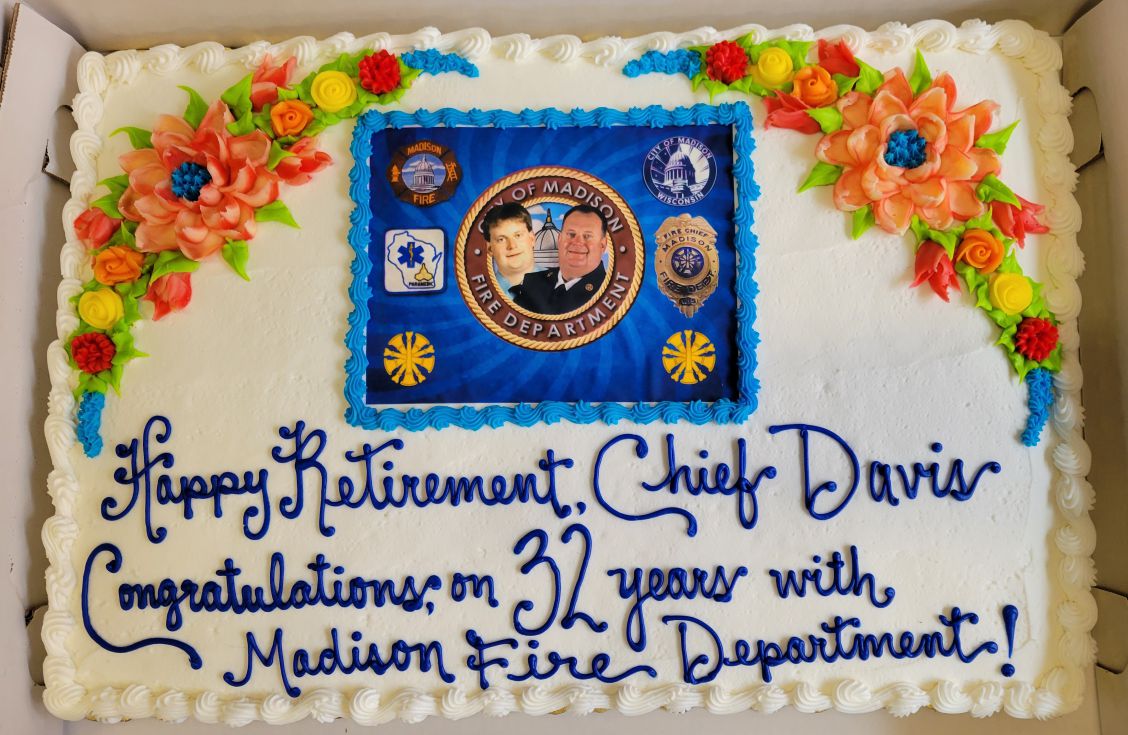 After a whirlwind decade as Fire Chief, where the city’s biggest emergencies could draw him away from home at a moment’s notice and at any hour, Davis looks forward to “getting off the hamster wheel” and enjoying life with his family. He’ll close out his career with a ride home aboard Tiller 1. It’s a fitting end for a fire chief who spent most of his career at the downtown firehouse and never fell out of love with fire trucks.

“In the last six months I’ve tried to re-imagine Steve Davis, and for some reason I still imagine me riding a fire truck,” he said. “So retirement might be a bit of a challenge...”