Firefighter Lisa Van Buskirk Retires With an Eye Toward the ‘Afterlife’ 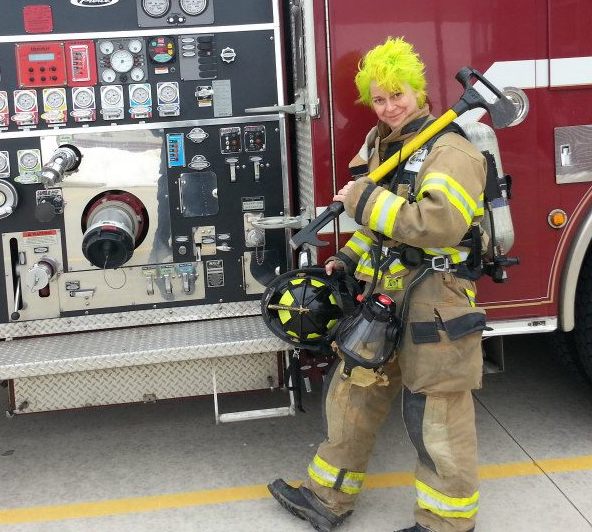 The Madison Fire Department is saying goodbye to Firefighter Lisa Van Buskirk, who retires after 25 years of service and embarks on new, otherworldly ventures.

Van Buskirk joined the Madison Fire Department in October 1995 following two and a half years at the Saginaw Fire Department in Michigan. Drawn to a career that utilizes both brain and brawn, she made headlines for being one of the first women ever hired to the fire department in Saginaw.

Her quest to build upon the career she began in Michigan led her to a national Women In Fire conference, where she met several firefighters from the MFD. When one of them encouraged her to apply to Madison, Van Buskirk jumped at the chance.

“I knew I wouldn’t be the first woman in Madison, which is exhausting to be. There were women here for 15 years before I arrived, and nobody really cared if I was gay,” she said.

She worked at every station west of the Capitol until moving to Fire Station 13 on the east side in 2017. Her career trajectory included ten years as a fitness trainer for several recruit academies. 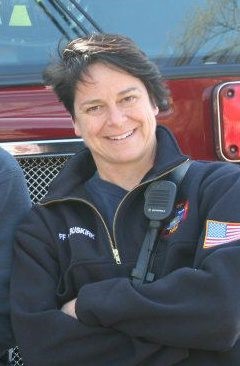 One of the most memorable calls of her career was one that led Engine Co. 4 to Stewart Street. Dispatched for a vehicle fire there, the crew rolled up to find cars parked bumper to bumper with fire spreading rapidly. As they emerged from the fire engine and grabbed their equipment to begin fire attack, an explosion blasted from the parking lot.

“It was a propane tank, and it blew parts of cars blocks away,” Van Buskirk recalls. “I remember looking down thinking, ‘Am I all still here?’”

Thankfully no one on her crew was injured that day.

During a year-long battle with breast cancer, which she mightily won, Van Buskirk had the opportunity to assist the Fire Prevention Division and Fire Administration while on light duty.

“That was a really weird unplanned year, and I found out I love building inspection and I made really great friends,” says Van Buskirk. “I was so grateful from the bottom of my heart that I still had the opportunity to work while I went through cancer treatment.”

Van Buskirk says the year at Admin gave her an up-close look at what really makes the Fire Department tick. 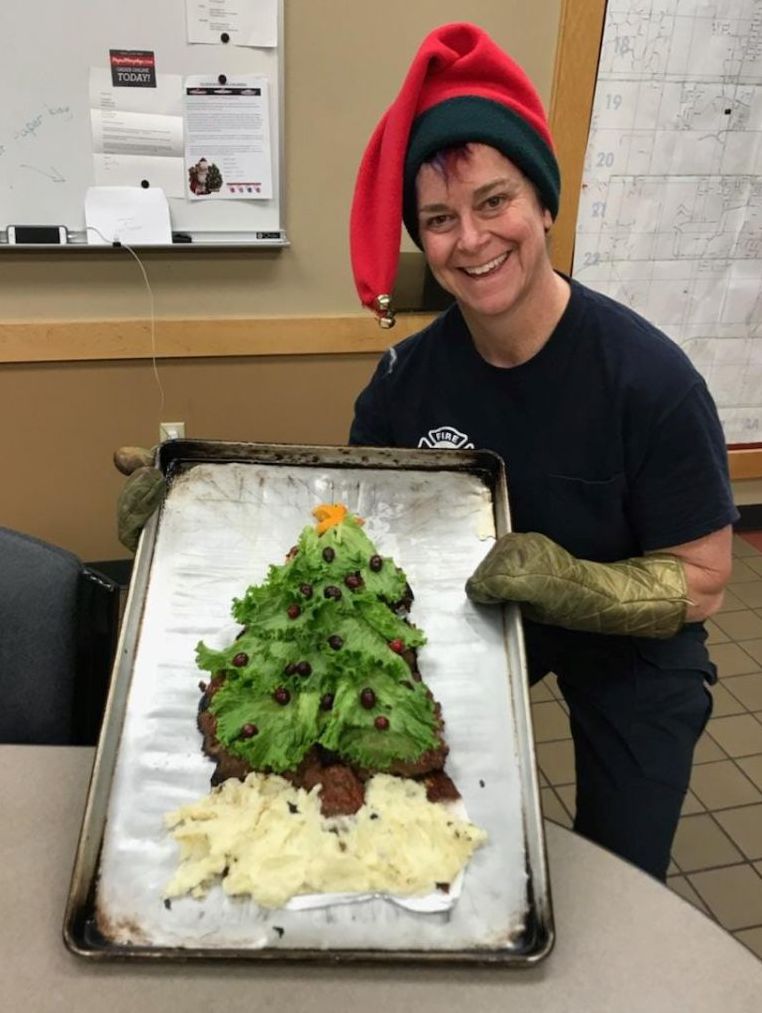 “I learned that we firefighters get all the glory, but without our civilian support team, this would not run at all. If this were a Broadway show, the firefighters would be the stars, but the show couldn’t go on without the support staff.”

Among the things Van Buskirk will be remembered for is her colorful hair, a trend she started after recovering from cancer treatment, as well as her creativity in the kitchen. A self-described “bad cook” with a culinary repertoire of three meals, she relishes in the opportunity to fashion meatloaf much as you would a birthday cake— with unique designs and decorations.

On the side, Van Buskirk has enjoyed her gig as “Ghost Host Lisa,” hosting walking tours in downtown Madison and sharing the little-known histories of Madison’s haunted past. It’s a passion she looks forward to diving into more deeply as she leaps into what she calls her post-MFD

“At the fire department, we usually meet people who are having their worst day,” she said. “When I retire, I want to meet people having a good day and make it better.”

Van Buskirk trades in her turnout gear for a vampire cloak on December 29, 2020, capping off a 25-year career where she’s been proud to be able to help people and make a difference in someone’s life.

With a coy smile she adds, “I never got to be prom queen, but I got paid to wave to people every day.”

This content is free for use with credit to the City of Madison - Fire and a link back to the original post.
Category: General, Station 4, Station 13
Tags: Meet the MFD