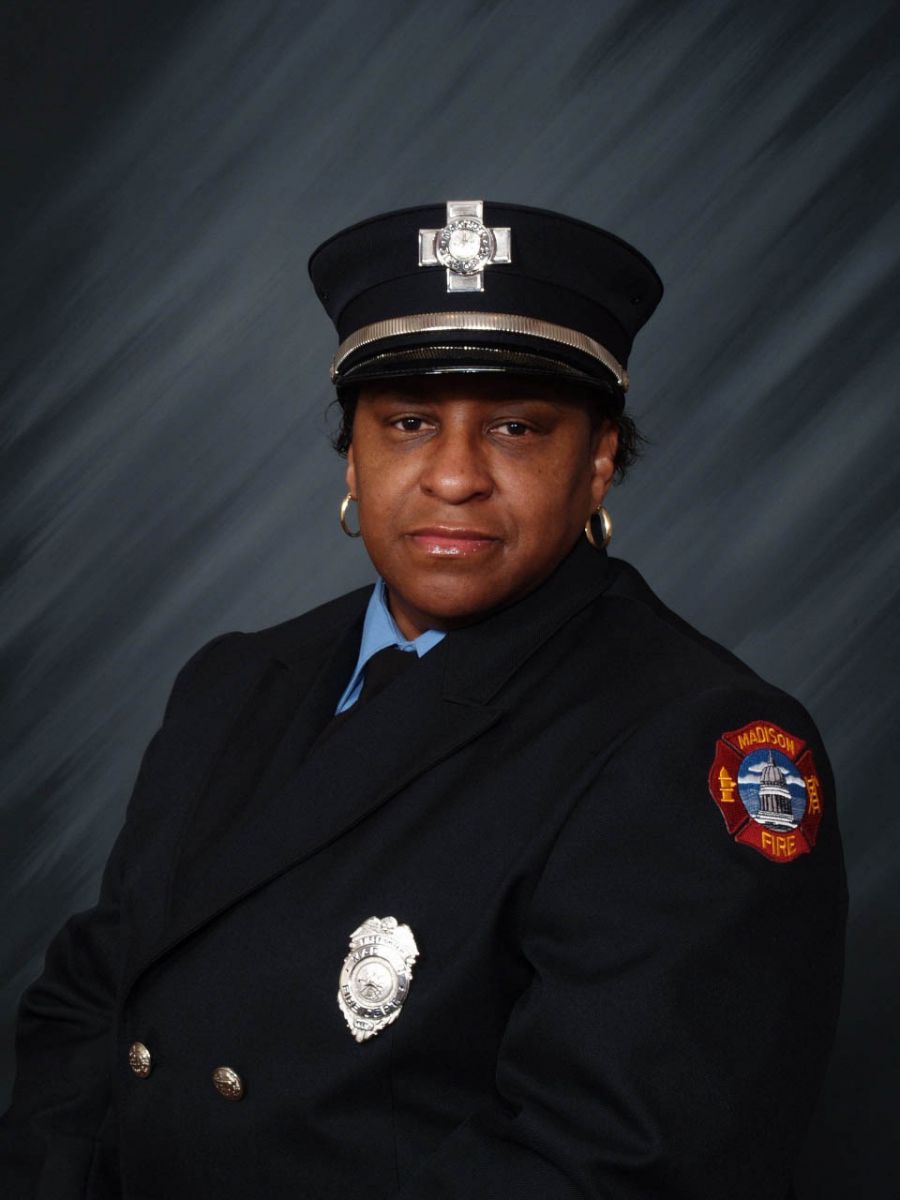 In November 1990, Katherine "Kat" Jackson became the first Black female firefighter in the City of Madison Fire Department. Prior to that, she worked at General Motors in Janesville. Despite her friends encouraging her to apply to the fire department numerous times, she held off. Eventually, though, she decided on a whim to apply when Madison began another hiring process. This began her nearly 20-year career with the Madison Fire Department.

Jackson was happy with the change. She was a firefighter, and she was making a difference in people’s lives. She enjoyed how every day was different and that she never knew what to expect on any given day. Types and numbers of emergency calls were always a variable that kept each day different from the last. Each one became a learning experience, making her a better and better firefighter. She says it also gave her the chance to see how precious life is and how quickly it can be gone.

While the types and numbers of the calls varied, for the first six years her crew stayed relatively the same. This allowed them to grow even closer and build a strong, cohesive crew that operated more efficiently. They all looked out for each other, with senior firefighters giving advice and tips to the newer members so they could improve. It was during this time at Firehouse #6 that she became part of a newly formed Hazardous Materials (Hazmat) Team. She received additional training to respond to and mitigate Hazmat calls throughout the City of Madison. It was at this time she earned the nickname, “HazKat.”

Jackson worked at Firehouse #6, #7, #3, #9, and finally at #11 during her 18-year career. Ultimately, her early years at Firehouse #6 were her favorite. She loved how close and helpful the crew was. Living in Firehouse #6’s territory, she also took great pride in providing service to the community she resided in.

Over her 18-year career, Jackson had so many experiences that she cherishes. Though it's difficult to decide, she feels the first call she ever went on is one she holds closest. It was a fire call, with the residence down the street around a corner. Being the least senior firefighter, her task was to hook the supply hose to the hydrant and open the hydrant to secure a reliable and consistent water supply. So, on day one, she was given an important task that could have a significant impact on the quick and safe resolution of a reported house fire.

Due to the location of the incident being down the street around the corner, beyond her sight line, her lieutenant told her that they would pull the horn twice when they needed her to open the hydrant and supply the water. With other rigs coming to the call with their sirens and horns blaring, she was as amped up and excited as could be. She even quickly ran down to the corner a few times, just to make sure they were not pulling the horn for her. Ultimately, the call was resolved without her needing to open the hydrant, but the memory has always stayed with her.

Since retiring, Jackson has hoped to see more African-American women on the job. She feels this demographic is greatly under-represented and hopes African-American women take more interest in firefighting and apply to the City of Madison Fire Department. Jackson says firefighting for the City of Madison was a great career and extremely rewarding. Today, the Madison Fire Department employs three Black women on its force.

Since retiring, Jackson has enjoyed time with her husband, kids, and grandkids. She is active in her church, where her husband is the pastor.

This blog was authored by Apparatus Engineer Christopher Hahn.

This content is free for use with credit to the City of Madison - Fire and a link back to the original post.
Category: General, Station 3, Station 6, Station 7, Station 9, Station 11
Tags: Meet the MFD, Black History Month