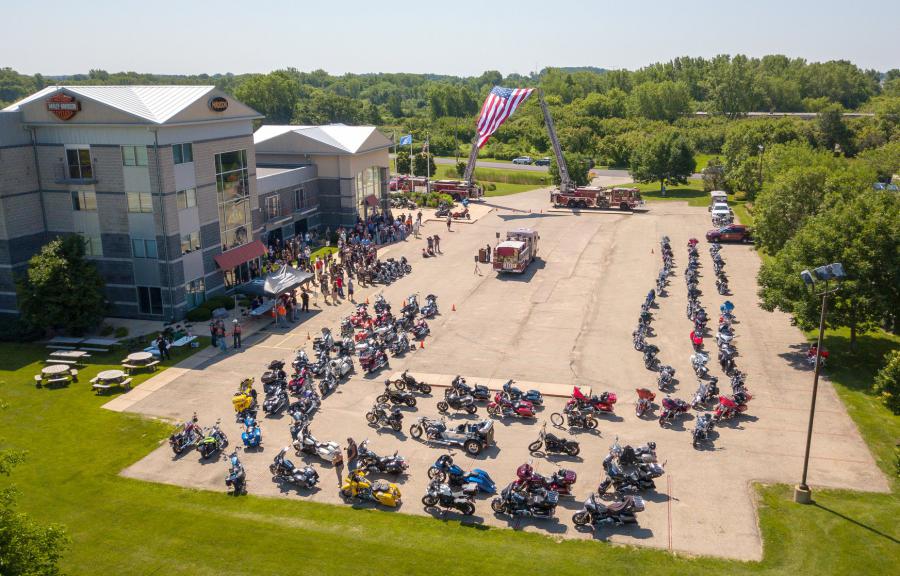 The event was organized by Fire Fighters Local 311 and Harley-Davidson of Madison with support from the City of Madison Fire Department. Several off-duty firefighters participated, and on-duty crews were there to send off the bikers in style. During a kickoff ceremony, Engine 10 was formally recognized for being officially named after Richard Garner.

Garner had many interests, but he was particularly passionate about riding his motorcycle, which he said was a source of rejuvenation after a hard day at work. The folks at Harley-Davidson of Madison knew him well, so it made perfect sense to build a charity event around one of his favorite hobbies.

All told, the net revenue from this event topped out at $14,500—well above the goal of $10,000—and will go on to support the newly-established Richard Garner Memorial Scholarship fund. 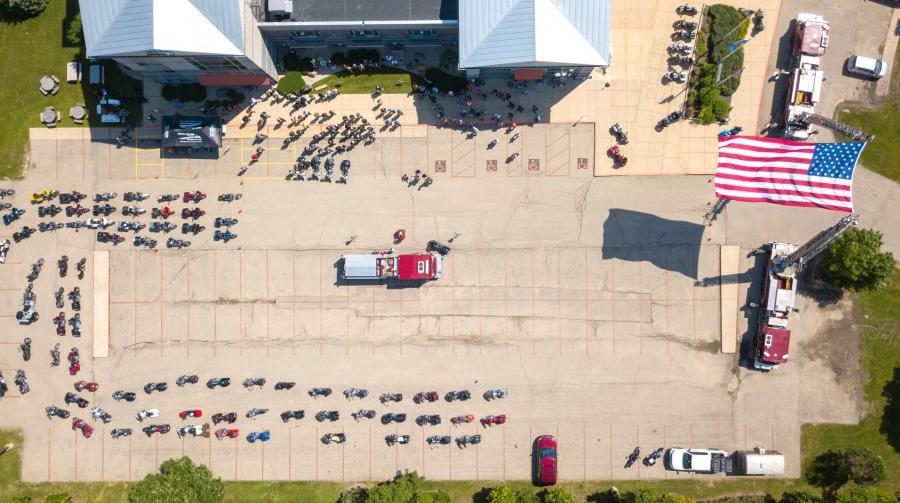 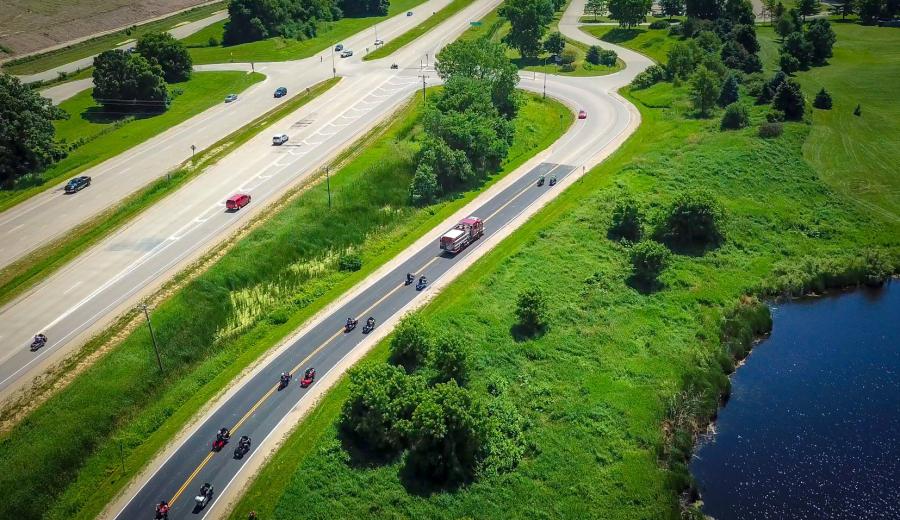 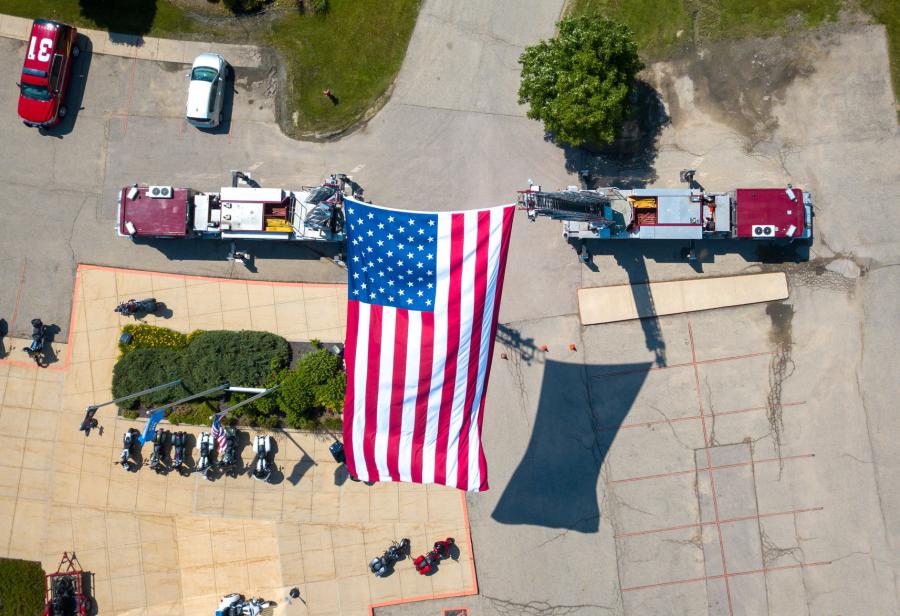 This content is free for use with credit to the City of Madison - Fire and a link back to the original post.
Category: General, Station 10
Tags: Community Outreach