John Fleming Retires From Career He Loved for Its Variety, Camaraderie 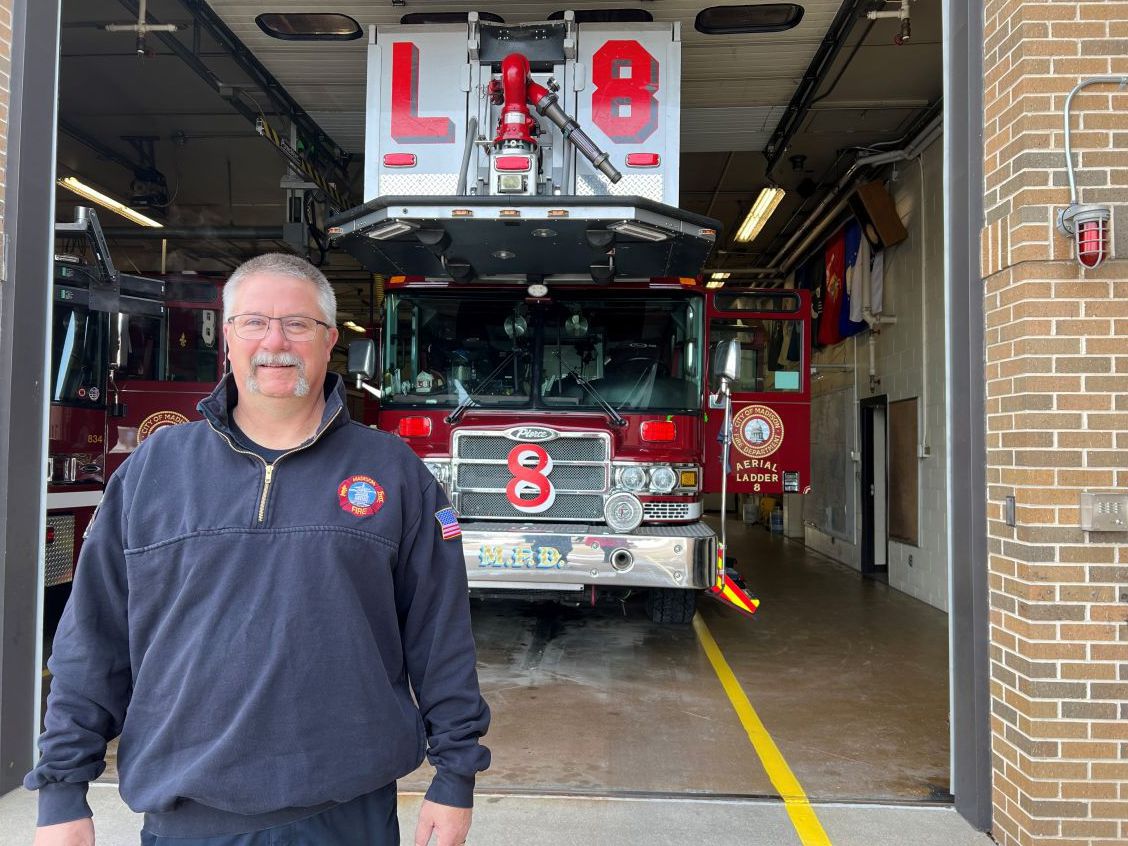 Fleming joined the department on November 22, 1993. He was inspired to pursue the profession after seeing his dad, who retired from the MFD as a Division Chief, and other family friends enjoy a career in the fire service.

Upon graduating the recruit academy, Fleming was assigned to Fire Station 9 on the west side in 1994. He remained there until he was promoted to Apparatus Engineer, transferring to Station 8 briefly in 2000. From 2001 to 2009, he served the downtown area from Fire Station 1.

“As a driver, Station 1 was my favorite, not only because it was busy but also because of the people,” Fleming said, acknowledging his crew at the central district firehouse.

In 2010, Fleming was promoted to lieutenant. He soon found himself back at Station 8, the home of the Heavy Urban Rescue Team (HURT). He says he'll always remember his years on the HURT as some of the best and most memorable of his career.

“You never know what you’re going to get into. It’s always something different. It could be a plane in a tree or a guy in a concrete mixer,” Fleming said, referencing actual calls the HURT has been sent to during his time as a team leader.

The HURT specializes in responding to a variety of treacherous situations, including entrapment, high-angle rescue, trench rescue, and building collapse. It's a multi-faceted resource available to the city of Madison and the southwest region of the state.

“My role was to make sure everything ran smoothly, but everybody here is pretty self-sufficient,” Fleming said, with a nod to the professionalism, skill, and expertise of his team members. “When things go right, it has little to do with me.”

In 2014, Fleming was reclassified to the rank of Captain, serving as the east side field captain from his home base at Station 8. The role introduced a number of new responsibilities, including fire investigation, requiring specialized training to try to determine the cause and origin of fires. His interest in investigation was piqued.

The retirement of Capt. Todd Steyer in 2017 made way for Fleming to be appointed the Captain of the Fire Investigation Division (FID). The assignment offered another unique, behind-the-scenes perspective on the incidents that occur in the community.

“[Firefighters] go there, put the fire out, and go home, and then it’s your job to put the pieces together, put the puzzle together, and figure out what happened. It’s a challenge,” Fleming described. “I found out a lot of things that I had no idea about. It was a really good time.”

His first significant case as captain of the FID came on a frigid February night in 2016. A fire broke out on the 100 block of East Gorham Street, where flames engulfed a three-story multi-residential balloon-framed house. The outside temperatures meant icy conditions on the scene, which was situated on the slope of a steep hill leading into downtown Madison. The destruction left behind by the fire, coupled with blankets of ice resulting from the fire attack, made for a tricky investigation. Still, Fleming and the FID, along with the ATF and DCI, were able to determine the fire was accidental.

After three years with the FID, Fleming returned to Fire Station 8 in 2020. He closed out his career with the rescue team he so enjoyed being a part of for the majority of his career.

Now with retirement on the horizon, he looks forward to spending more time with loved ones, including his grandchildren. His last day on duty with the Madison Fire Department was January 3, 2023.

This content is free for use with credit to the City of Madison - Fire and a link back to the original post.
Category: General, Station 1, Station 8, Station 9
Tags: Meet the MFD