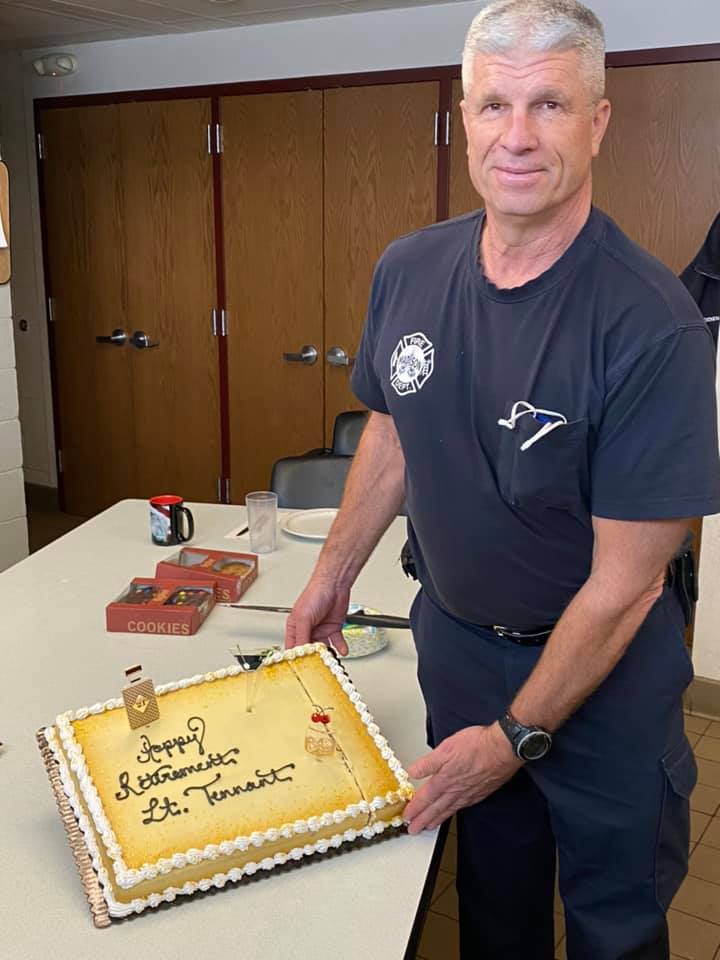 Lieutenant Steve Tennant celebrated with his crew before signing off from Ladder Co. 2 one last time on Monday, January 4, 2021. He did so with gratitude for his colleagues, and for a career that never got old during his two and a half decades with the department.

“You can be on this job for thirty years and you’ll never be able to say you’ve seen it all!” Tennant said of a tenure that began in October 1995, following years as a volunteer with Spring Green Fire and EMS and a year and a half as a firefighter/paramedic in Oshkosh. “Every day’s a new adventure.”

Upon graduating the MFD academy, Tennant was first assigned to Fire Station 2 on Madison’s west side. He eventually moved to Station 1 downtown and was transferred to Station 3 after being activated as a paramedic. Following a stint at Station 6, he spent nearly ten years at Station 4 near Camp Randall Stadium and one more year as a paramedic at Station 1 before achieving a promotion to Lieutenant. He closed out his career in the same station where he began, on Grand Canyon Boulevard.

Being a paramedic downtown could be a daunting task, especially on game-day Saturdays at a time when the City didn’t have as many ambulances as it does today. It wasn’t uncommon to field as many as twenty calls in one day, but he says with the right ambulance partner, even the hardest days became more bearable.

Tennant’s experience as a SCUBA diver proved handy for the department at a time when opportunity was ripe for improving the team’s capabilities. After becoming a dive instructor around 1999, Tennant went on to train other Lake Rescue Team members, an assignment that put him in a position to help shape the future of the team.

“When I got involved in it is when equipment was becoming much better, but ours wasn't even rated for recreational use anymore, let alone professional use,” Tennant recalls.

The internal push for upgrades, coupled with outdated gear and “boats that barely floated,” led to the gradual acquisition of better, safer equipment.

Alongside then-Lieutenant Mike Teff and others, Tennant helped usher in a new era for the Lake Rescue Team, one that led to new tactics and a better service overall.

“Now [the department has] it on a plan, keeping equipment on a realistic lifespan— when does it need to be serviced, how long before it needs to be replaced,” Tennant said.

His time with the Lake Rescue Team came to a close with his move back to Station 2 around 2015, but his love of the job never wavered. Being the lieutenant of a standalone ladder company meant his crew got to demonstrate its versatility.

“You have to be able to work alone as an engine company, or a ladder company, and do EMS,” Tennant explained, adding that his crew was always up for the challenge. “I’ve been lucky to have a young crew that’s hungry. They enjoy training.”

One of Tennant’s guiding principles was to leave the place better than he found it. It’s what’s steered him through his 25 years with the department. 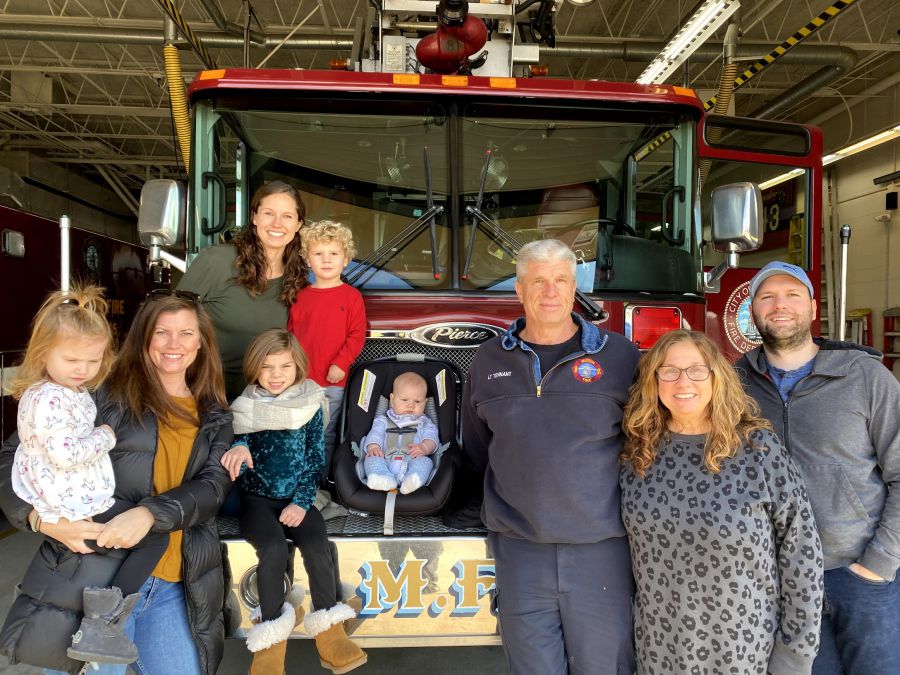 Stepping into retirement, he shows no signs of slowing down. Tennant looks forward to spending more time with his family, and he knows his “fire family”— known for its supportive nature both on- and off-duty— won’t be too far away.

This content is free for use with credit to the City of Madison - Fire and a link back to the original post.
Category: General, Station 1, Station 2, Station 3, Station 4, Station 6, Station 9
Tags: Meet the MFD