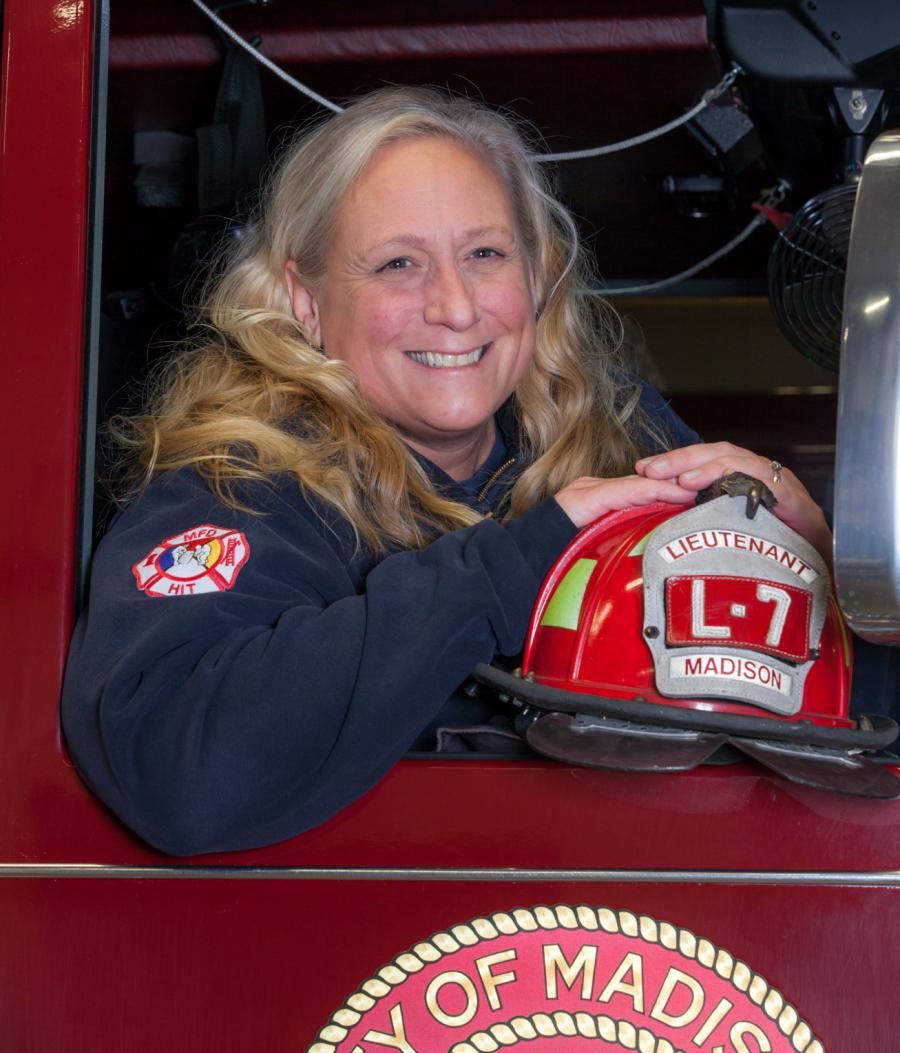 HazMat Leader Has Her Sights Set On The Next Adventure

Lieutenant Tracy Recob bid farewell to the Madison Fire Department this month, putting to a close 24 years of service to the City of Madison.

Recob graduated with a teaching degree in 1992 but knew she was destined for something else. She recalls looking for other opportunities in the local newspaper when she stumbled upon a job ad for the Madison Fire Department.

“I thought, ‘That’s perfect!’” Recob remembers. “I played volleyball through college, and I missed the athleticism and the team atmosphere.”

She was hired on January 31, 1994, and her career took her to stations across the city, serving as a member of the MFD Hazardous Incident Team for 23 of her 24 years on the department.

After starting out at Station 6 on the south side, she moved on to Station 5 on the east side, where she enjoyed the wide variety of calls the territory presented with its mix of residential and industrial buildings.

It was during her stint at Station 11 when she experienced one of the most memorable calls of her career: A 100-car pile-up on the Interstate.

“It was foggy on the Interstate, and it just caused this huge deadly chain reaction,” Recob recalls. “Even though you were on scene, you kept hearing cars pile into each other even though you couldn't see what was going on.”

Recob was promoted to Lieutenant in 2008, a move that sent her to Fire Station 9 on Madison’s west side. But it was Station 7, on McKenna Boulevard, she called home during her last four years as one of MFD’s Hazardous Incident Team leaders on the department.

“My crew here is fantastic. We have a lot of fun, but when the time comes and the tones go off, we work like a well-oiled machine,” she said.

She’s enjoyed the fact that no two days are alike, and that the job has always been a good mix of seriousness and fun.

“It’s not boring! There’s always somebody you can relate to or talk to, especially in a larger station like this,” she said of Station 7, which is staffed by a ten people each day.

Over the years, Recob has seen several changes in fire and EMS—in particular, the increased use of synthetic materials in building construction, which is causing fire to burn faster and increase firefighters’ exposure to cancer-causing carcinogens.

“When we switched to CCR from CPR is when we started noticing people surviving pulseless, non-breathing heart attacks,” says Recob, referring to the practice of giving continuous chest compressions without stopping to provide breaths to the patient. CCR has been found to keep oxygen flowing more effectively than CPR, keeping the brain alive longer and increasing the chances of survival.

Recob remembers the first time she successfully revived a patient, a 54-year-old woman in need of help during Recob’s tenure at Station 6.

“I’d never saved anybody from a (pulseless, non-breathing) heart attack in 19 years on the job. I had to go back into the emergency room to see her actually talking because I didn’t believe them when they told me,” she recalls.

As she retires from the fire service, she already has her sights set on the next chapter.

“My dream retirement job: Working for Delta Air Lines,” she said with a smile. “I already applied yesterday.”

When she’s not jet-setting, she looks forward to spending more time with her husband, retired MFD Apparatus Engineer Bob Recob.

“It goes really fast,” she said. “This isn’t a job for everybody, but it’s amazing for some people. It really is.”