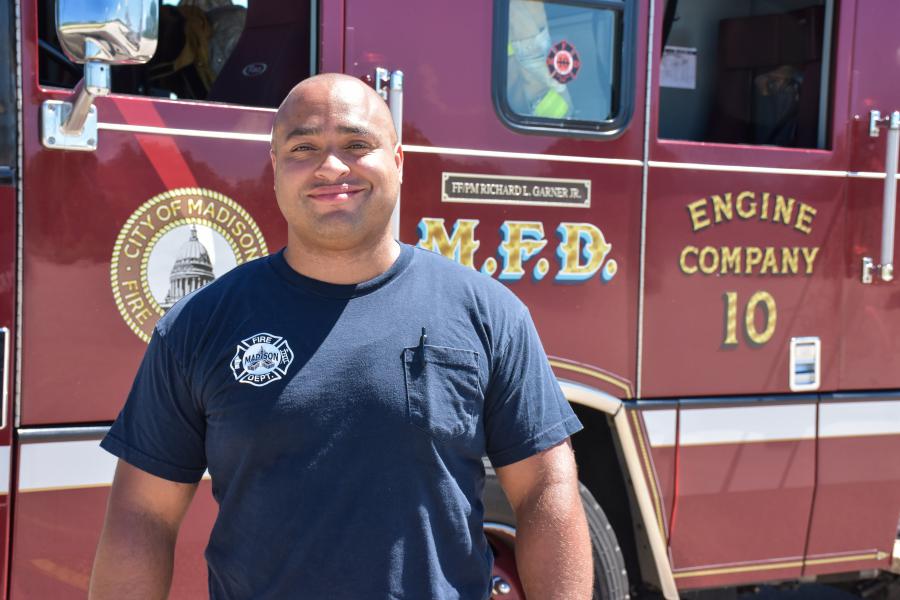 Four new lieutenants were recently promoted at the MFD. Get to know them all week long on the MFD Blog!

Where are you stationed?
I am stationed at Firehouse #10 on the B shift. That’s on the north side of Madison.

Where were you previously?
For the past 10 years, I was stationed downtown at Firehouse # 1 as a firefighter on the B shift.

How has your perspective changed now that you're a lieutenant?
Going from riding in the back as a firefighter to now sitting up front and in charge changes your perspective when you get a fire or you’re on an EMS call. As a firefighter, your job is to just jump in there, get the job done, and work as hard as you can. Now, as a lieutenant, I have to take a step back and let the firefighters do most of the heavy lifting, which is hard to do.

What are some unique qualities or characteristics about your territory, and how do they shape your service to the neighborhood?
I had been at the same station and crew for the past 10 years, so being assigned to a different firehouse in an unfamiliar territory has been an adjustment. I’ve come to really like Station 10’s territory, though. We have a little bit of everything here on the north side and every day is different.

I like that Station 10 is a community station. You can tell the community here on the north side really has a sense of pride in their fire station and for the people who work here, and that just makes our job easier and more rewarding when we are out helping people on calls.

This content is free for use with credit to the City of Madison - Fire and a link back to the original post.
Category: General, Station 10
Tags: Meet the MFD