Urban and rural settings in and around Madison have the potential to present a variety of unexpected emergencies beyond the scope of standard Fire or EMS response. In some cases, that’s where the Madison Fire Department’s Heavy Urban Rescue Team (HURT) comes in.

HURT encompasses multiple disciplines focusing on high-angle rescue, confined space, grain bin/silo, entrapment, trench cave-in, and building collapse scenarios. Technical rescue may be needed at any time, and this versatile team will respond anywhere in the region if requested. They hone their expertise through a variety of specialized training exercises.

Recently the HURT went to a training site in Cottage Grove to participate in Grain Bin Rescue Training. This exercise simulated a situation in which someone became trapped in a bin or silo filled with corn. 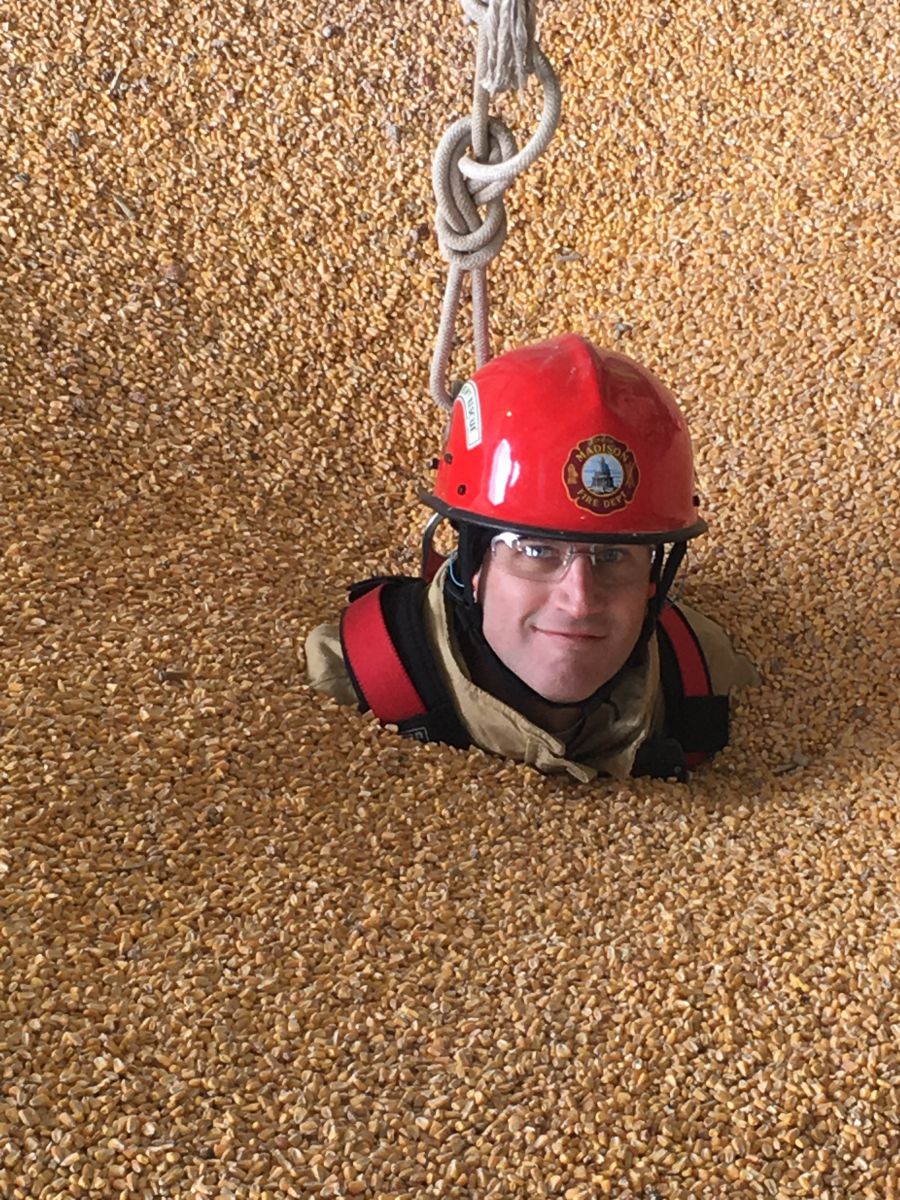 When the HURT enters a scene like this, they’ll first monitor the air quality. Often these types of rescues take place in confined spaces with high concentrations of particulate matter in the air. Rescuers may wear confined-space air packs known as Supplied Air Breathing Apparatuses (SABA). They will also use a fan to ventilate the space as a precaution to minimize the chance of a dust explosion.

Milk crates are a small, simple tool that can make a big difference in keeping rescuers safe. The crates can be used as stepping stones to displace a rescuer’s weight, preventing them from sinking into the grain and possibly becoming victims themselves. 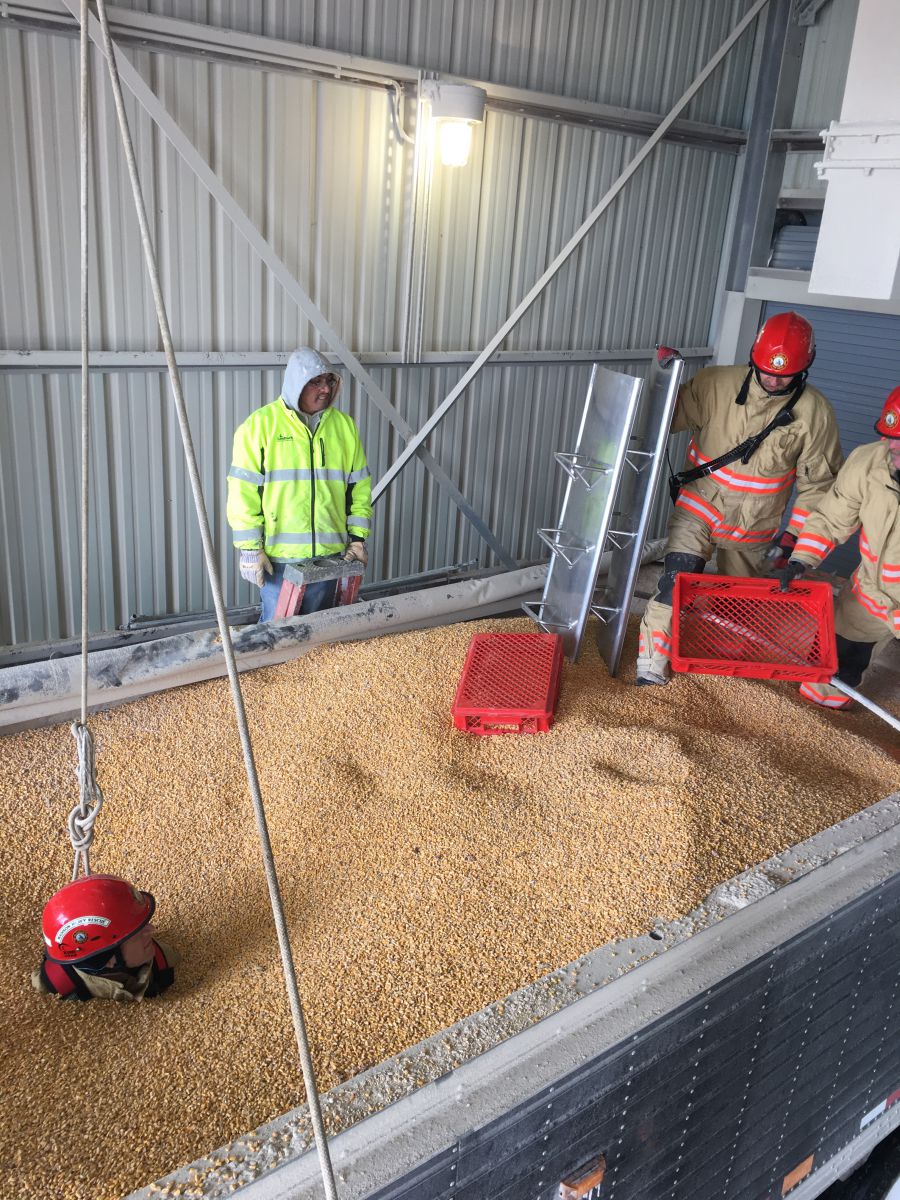 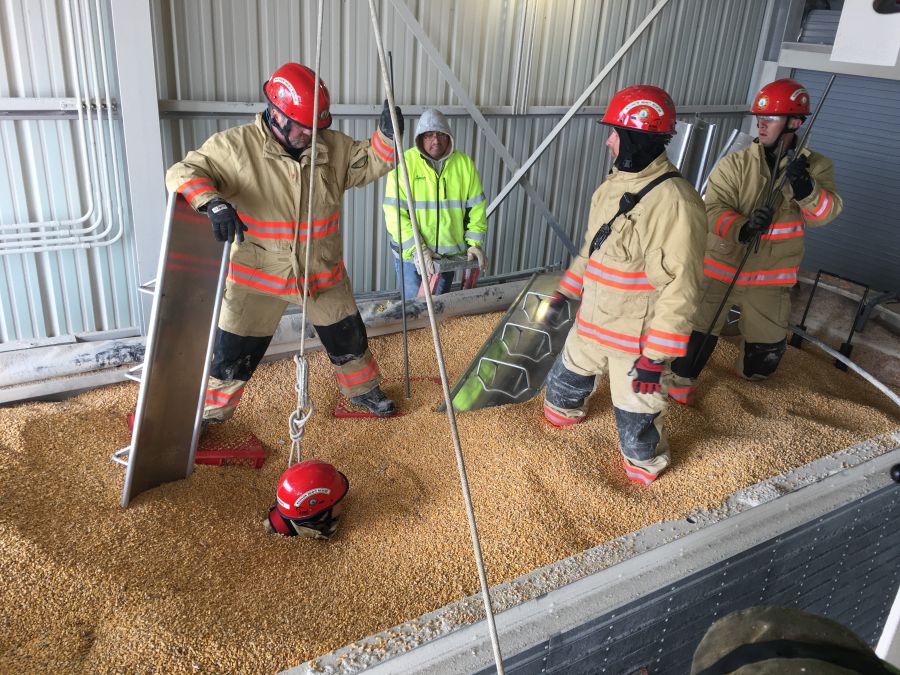 The size of the Grain Bin Tube will vary depending on where the victim is located and the amount of space available around the victim. It may also depend on whether the patient is conscious or unconscious and whether a rescuer will also need to enter the tube. 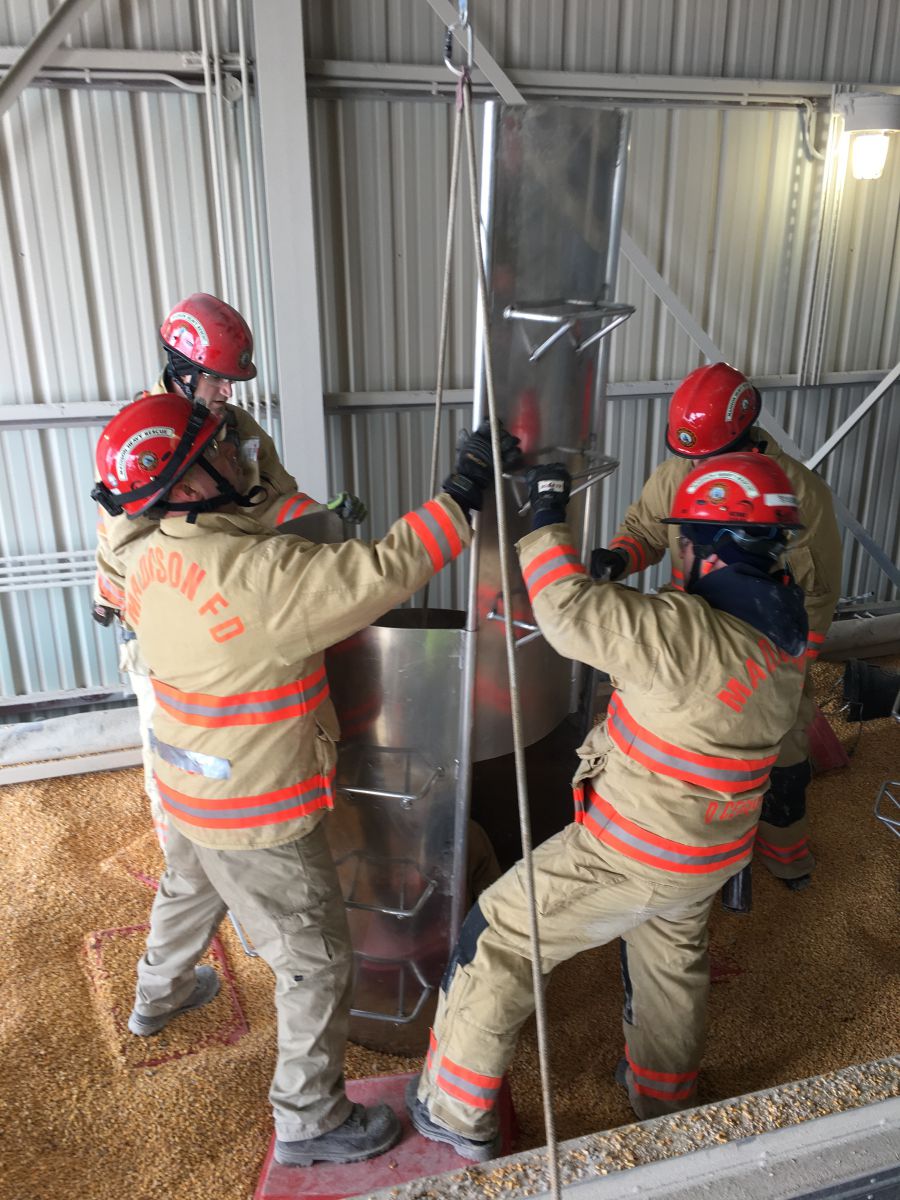 Once the tube is constructed, rescuers can start removing grain from inside the tube without letting additional grain to flow back in. If the patient is conscious and able to assist, rescuers may hand them a bucket to help with the scooping! 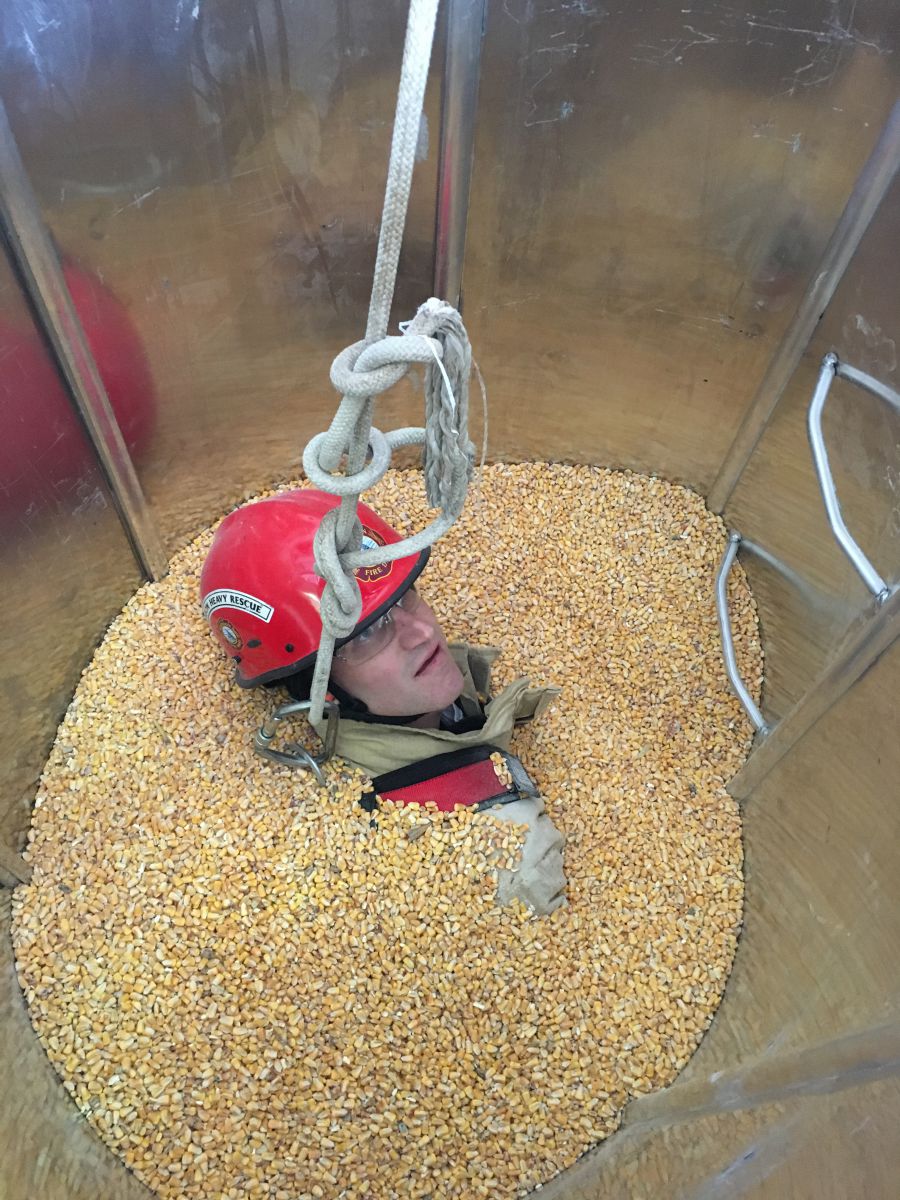 Ladder steps on the inside and outside of the tube allow the patient to climb out or rescuers to climb in. Once rescuers access the patient, they can begin providing emergency medical care if needed.

The HURT conducts ongoing training each Monday, studying and preparing for some of the most complicated scenarios the Madison Fire Department may ever see. Learn more about their specialties on the Heavy Urban Rescue Team page.


Firefighter David Hartman and Captain John Fleming contributed to this blog.
Our good sport trapped in the grain bin was Firefighter Sean McGinnis.

This content is free for use with credit to the City of Madison - Fire and a link back to the original post.
Category: General, Station 8
Tags: Heavy Urban Rescue Team, MFD Behind the Scenes, Training & Professional Development