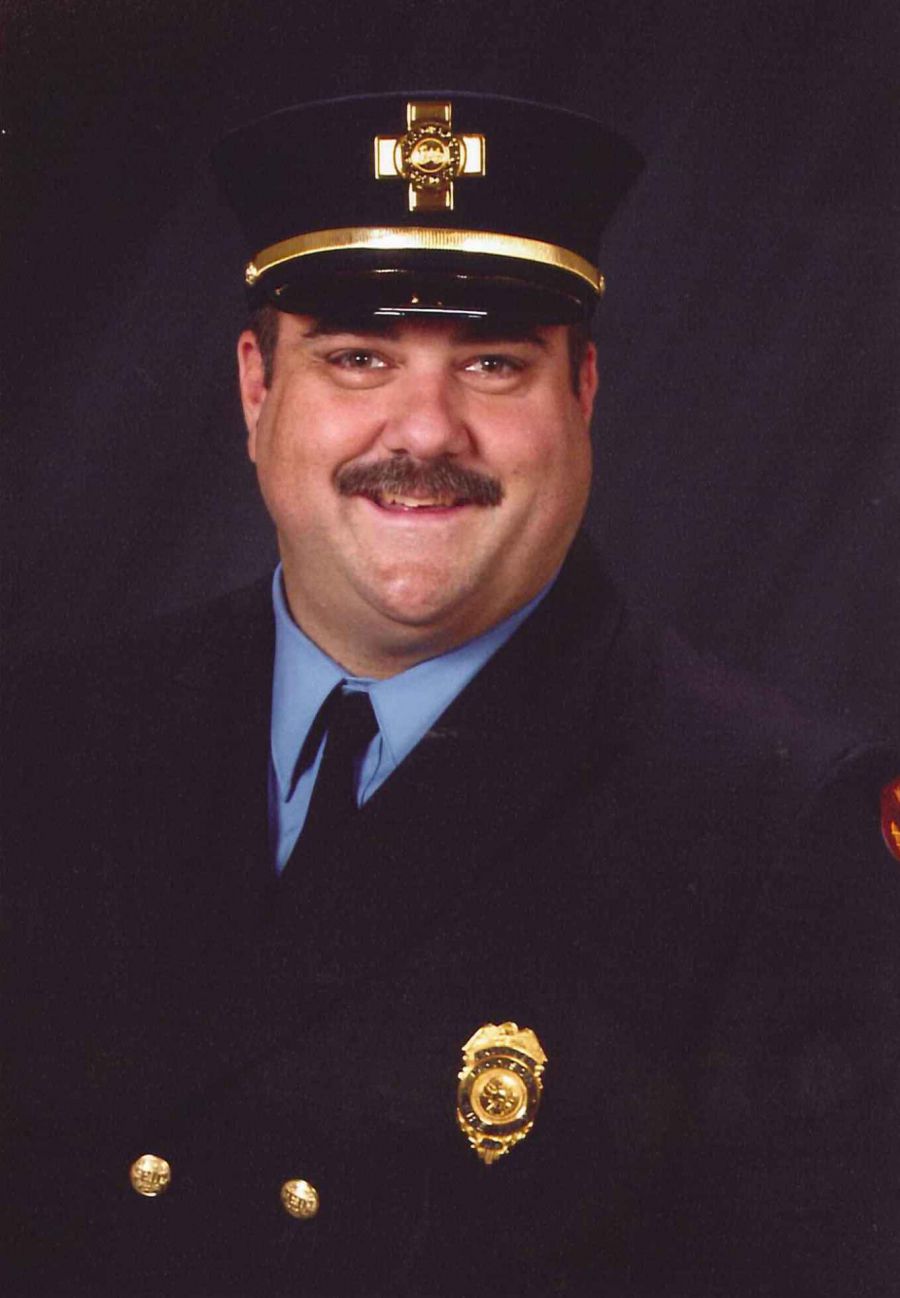 Apparatus Engineer Jon Byrd retires this week, capping off 22 years of service with the City of Madison.

Byrd joined the MFD on August 10, 1998, but his journey toward a career in fire and EMS began early in his childhood. His dad was a founding member of Waunakee Area EMS, which meant the younger Byrd spent a lot of time exploring the station as a kid, eventually becoming his dad’s sidekick on EMS calls once he was old enough to drive. The early exposure to some serious and tragic calls was an eye-opener, he says, but it did not deter him from pursuing the career full-time.

With experience at Waunakee Area EMS, Blooming Grove-Burke-Maple Bluff EMS, Fitch-Rona EMS, Oregon Fire & EMS, and an internship at Fitchburg Fire under his belt, Byrd was ultimately hired as a full-time firefighter in Fitchburg in 1995 before making the leap to Madison in 1998.

Byrd spent the first ten years of his career at Fire Station 6 on W. Badger Road, an assignment he enjoyed the most because of all that the territory had to offer.

“I got experience working with different cultures, different age groups, all sorts of people,” Byrd said.

The mix of business and residential property, along with proximity to the Beltline and the ability to be the second-in ladder to all downtown structure fire calls, kept him on his toes.

Byrd was promoted to Apparatus Engineer in 2008, a position he was well prepared for, having been a driver-operator instructor at MATC prior to applying for the promotion. 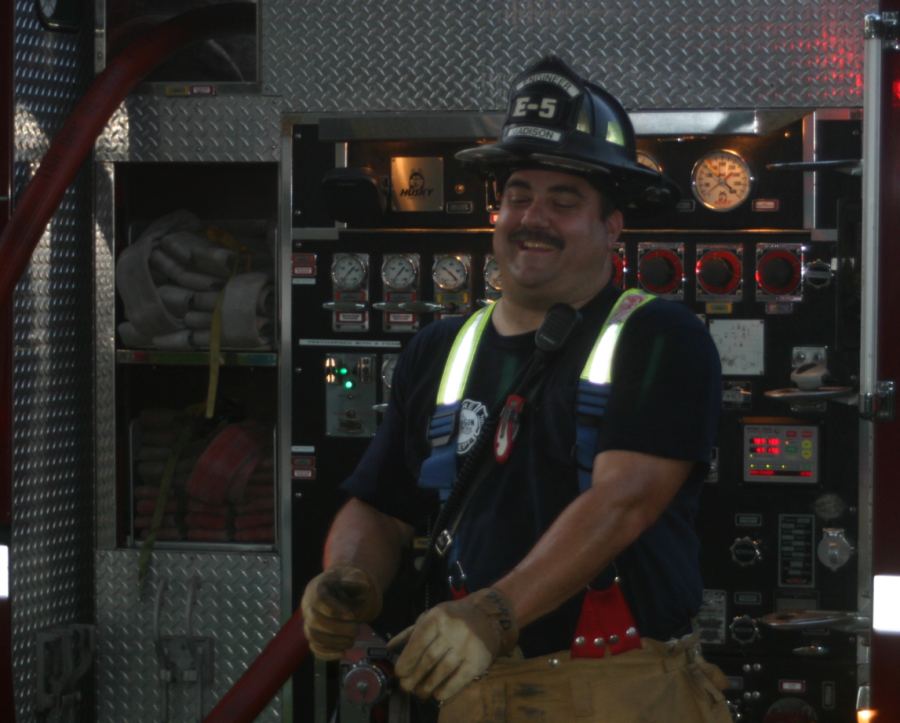 “The lieutenants that I drove didn’t have to worry about anything at the pump panel because they knew I was comfortable and could get the job done back there,” Byrd said. “It made me feel very good to know I had their trust.”

Byrd also brought his skills as an educator to the MFD, helping with recruit academies and serving as lead instructor for the two most recent classes of newly-promoted Apparatus Engineers.

“Our theory is when you’re a driver and you’re going to a fire, you have two minutes of sheer terror followed by four hours of pure boredom,” he quipped.

Throughout his career, it was important to him to keep the curriculum fresh and to stay informed about the latest in fire apparatus technology so the department could remain on the cutting edge of changing industry standards. As a member of the MFD/Fire Fighters Local 311 Apparatus Committee, Byrd helped design and spec 36 new vehicles, including engines, ladders, squads, and most recently, the new tiller at Station 1.

While he’s enjoyed every aspect of being an apparatus engineer, it’s the on- and off-duty camaraderie of the fire department he’ll especially miss. He was proud to have served not only the community but also the visitors that traveled through the City of Madison.

Among the most memorable calls he responded to was significant pile-up on the interstate highway resulting from thick fog that rolled through the county. The string of serious crashes resulted in several injuries, some of them fatal.

“At the end of the incident we were all drained, emotionally and physically,” Byrd recalls. “We got up out of the ditch by the ladder truck and the fog had lifted. Suddenly you could see down the street very well, and there were a ton of car seats sitting on the interstate that they’d pulled out of the vehicles. That was the most heart-wrenching thing; my son Graham was probably two years old at the time.” 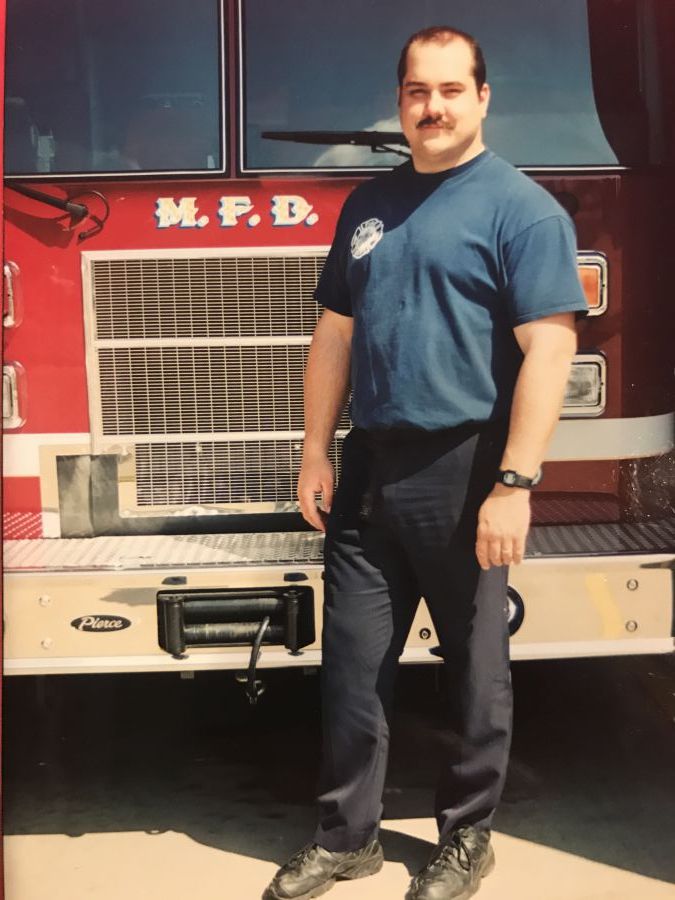 Among Byrd’s patients that day was a young woman who was extricated from her vehicle with serious injuries. Byrd later saw her interviewed on the news, an assurance to him that she was doing alright. A couple years later, while dining out with his wife, Byrd recognized that one of the waitresses at the restaurant was the same woman he had helped on the interstate.

“We had a little ‘hello, how are you doing?’ and we were able to see one another again.”

Though this line of work sometimes brings fire and EMS personnel into unfathomable situations, Byrd is quick to remind the admiring public that the “heroes” really are just regular people.

“We’re cut from a different mold because we’re crazy enough to go into a burning building while everyone’s running out, but when everything’s all said and done, we’re still human.”

As he eases in to retirement, Byrd looks forward to spending the summer months in the Upper Peninsula of Michigan and the winter months in the warmth of Florida. No doubt, he’ll keep an eye on how the department continues to evolve.

“I hope labor and management can continue to work together even in the rollercoaster of an economic period that we’re having nowadays,” says Byrd. “I hope that members never lose the mindset that we’re here together as a team to help serve the community.”

This content is free for use with credit to the City of Madison - Fire and a link back to the original post.
Category: General, Station 1, Station 5, Station 6, Station 7, Station 9
Tags: Meet the MFD