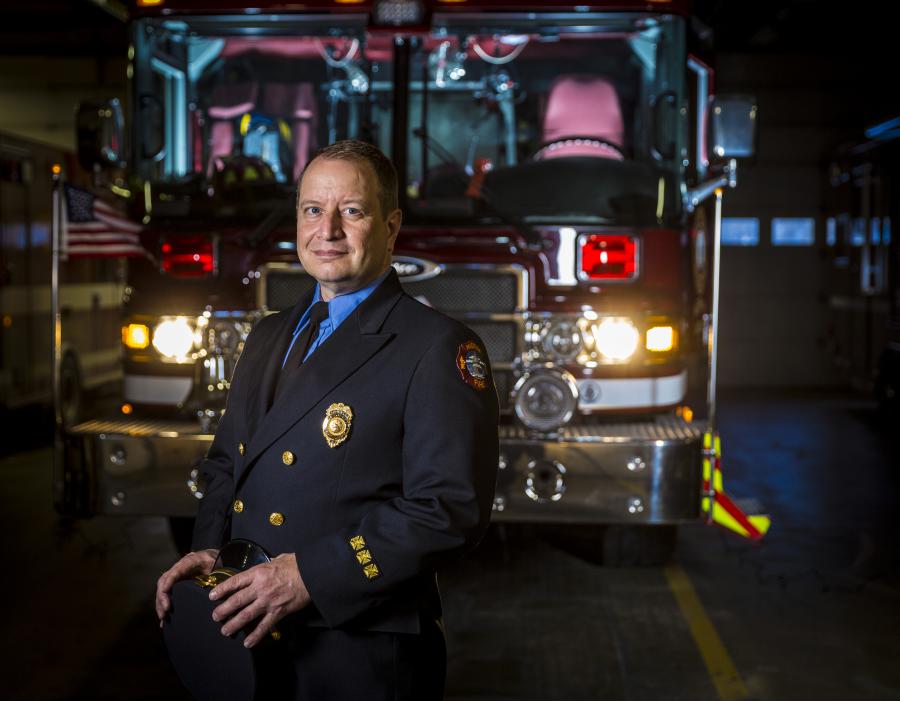 The new year opens a new chapter for Apparatus Engineer Steve Dahlgren, who retires from the Madison Fire Department today after 25 years of service.

For Dahlgren, the path to the MFD was one that came by way of photography. After studying photography and media in Minnesota, he landed part-time jobs with a newspaper, radio station, and television station, eventually clinching a videographer gig with WKOW, Channel 27, in Madison. He spent five years chasing stories and bearing witness to the triumphs and tragedies of life, all the while acquiring skills he would later realized are critical in the job of firefighting and EMS.

“You see people in their highs and their lows (while working in news),” Dahlgren said. “A lot of that is the same with the fire department. When people call us, they’re having a bad day. Somebody’s sick, or they’re sick, or there’s some kind of emergency. When you don’t know what to do, you call us.”

While working at WKOW, he began volunteering on the side, helping produce training videos for the Madison Fire Department. Not long after that, the department took a new approach to Community Education, making new positions available to civilian candidates for the first time in the department’s history.

In 1993, Dahlgren was hired in the first group of civilian Community Education Officers, a position that allowed him to continue working with the local media as a Public Information Officer while also visiting schools and working with businesses on their evacuation and disaster preparedness plans. He was also instrumental in the establishment of Safety Saturday, now a long-standing annual event held at the Capitol Square in June, and in the development of the MFD’s Occupant Services Unit.

Although standing on the periphery of fire scenes—often with a camera in hand—was fun, being part of the action seemed like it could be even more fun. It wasn’t long before Dahlgren started thinking about taking the plunge into firefighting.

“It took me three attempts to get hired as a firefighter,” Dahlgren recalls. “Chief (Debra) Amesqua was the chief then, and she said, ‘I want to know the people we’re hiring.’ In my last interview, I reminded her of her statement and I said, ‘If you didn’t know me after six years of doing this, you’re going to know me better than anybody you ever hired.’ And then I got hired.”

That was eighteen years ago. Since then, Dahlgren has served at a variety of fire stations across the city, starting at Fire Station 8 on the east side. Very soon after that, he was accepted to the MFD’s Hazmat Team and transitioned to Fire Station 6 on W. Badger Road. There he served for about five years before moving on to Stations 2, 12, and 7 (where the Hazmat Team is based today). He maintained his Hazmat certifications and remained a member of the special response team while also serving as an Apparatus Engineer serving “on the road.”

“Hazmat is so encompassing. There are so many different skill sets that you need, and everybody brings to the team a different skill set,” said Dahlgren, who had a particular interest in computer imaging and had a hand in bringing more efficiency and better design to the team’s newest response vehicle.

After years of emergency response, several calls stand out to Dahlgren, but you could say that one of the most memorable calls of his career sort of fell into his lap.

While on duty at Fire Station 5, the crew received a dispatch for an imminent childbirth. The paramedics stationed there were out on a call, and Engine 5 was all alone.

“The couple was just on the way to the hospital and said, ‘I don’t think we’re going to make it,’” Dahlgren remembers. “The dispatcher told them to pull over to Station 5. They pulled in, and within five minutes there was a baby boy there, and maybe five minutes after that the ambulance showed up.”

Soon after, passersby on Cottage Grove Road could see balloons and decorations declaring, “It’s a boy!” on the doors of Fire Station 5. The family returns to the station each year to commemorate the occasion and meet the crews that work there today.

After a while, it can be easy for calls to become routine, but Dahlgren says it's important never to lose perspective or compassion. On one occasion, he found himself in the back of an ambulance as a patient—a reminder of what it’s like to be on the other side of the emergency medical service.

“Now when we go into somebody’s house in the middle of the night and put them in the back of the ambulance, I think about all the things they’re going through for the first time,” he said. “These strangers (who are helping you), as nice as they are, are still strangers.”

With two and a half decades of service coming to a close, you’ll see Dahlgren standing behind a tripod now, not in front of a pump panel. He plans to invest more of his time into photography, as well as traveling and, most importantly, “sleeping through the night.”

As he hangs up his helmet one last time, he reflects on what has been a rewarding career.

“I truly appreciate the fire department, and I loved working here,” said Dahlgren. “I wouldn’t have wanted to do anything else.” 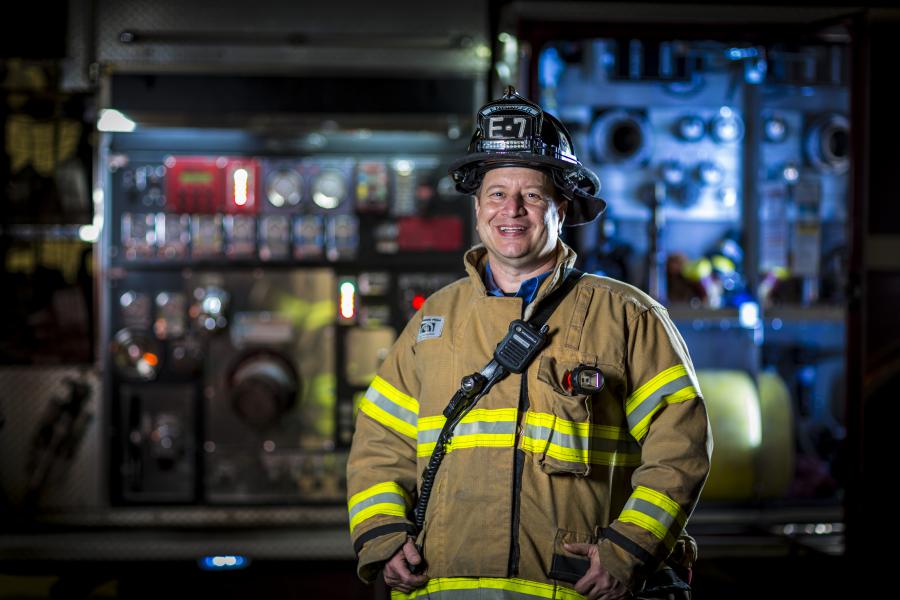 This content is free for use with credit to the City of Madison - Fire and a link back to the original post.
Category: General, Station 2, Station 6, Station 7, Station 8, Station 12
Tags: Meet the MFD