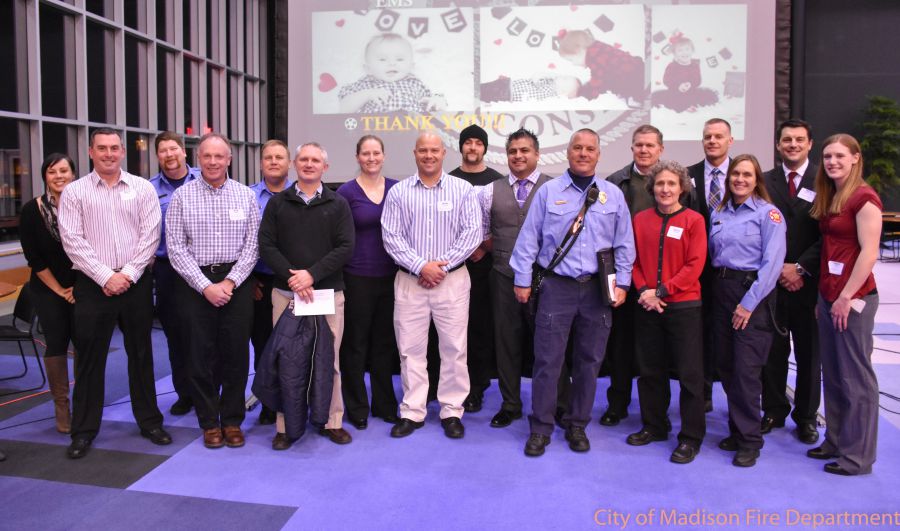 As they see it, saving lives is just what they're expected to do. It's part of the job.

That’s why the humble firefighters and paramedics of the Madison Fire Department sometimes get a little bashful when a spotlight shines upon them.

The event was an opportunity for cardiac incident survivors to be recognized and meet the first responders who gave them another lease on life.

“I literally owe my life to them,” said Village of Oregon resident Nicki Wagner at a press conference last week.

Wagner collapsed in a parking lot near the Oregon Fire/EMS station on October 1, 2015. As Oregon EMTs began lifesaving measures, Madison paramedics Aaron Babcock and Bob Wallace, riding Medic 6 from Badger Road, were dispatched to assist with advanced life support and transport Wagner to the hospital.
“After the (cardiac) arrest, I started to educate myself,” said Wagner. “Over the moon and back, a million thanks.”
There were 31 cardiac saves in Dane County last year, a new record according to Dane County EMS. The Madison Fire Department responded to 15 of those calls.
24 of the 31 saves involved bystander compressions provided by witnesses, police officers, and other non-EMS responders. We hope these numbers increase as more citizens equip themselves with knowledge of CPR and activation of the PulsePoint smartphone app.
In addition to the outstanding work of its first responders credited for cardiac saves in 2015, the Madison Fire Department is proud of the 21 individuals recognized for their many years of service in Dane County.
Below is a complete list of those honored at the 2016 Dane County EMS Survivor Banquet. 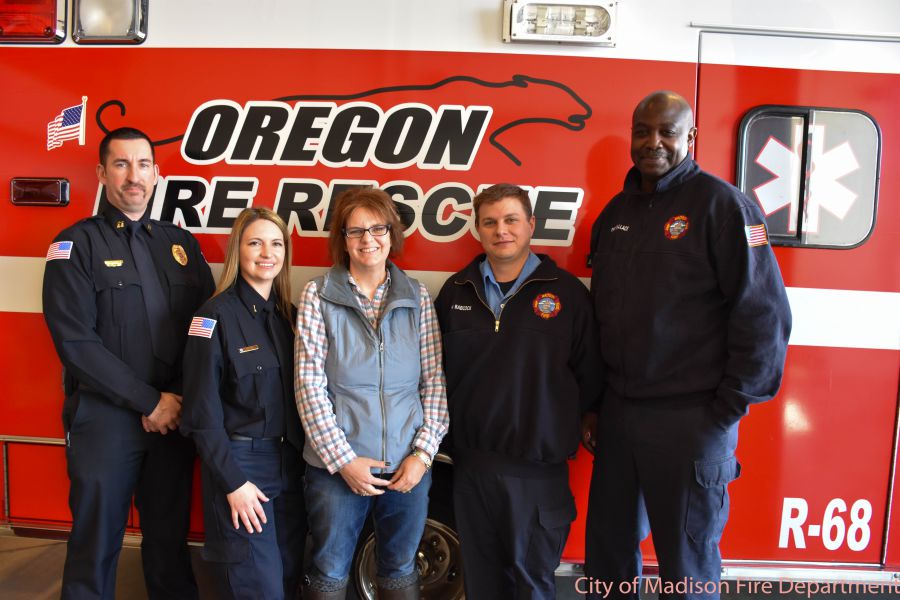