New Lease On Life: Oregon Man Reconnects With Crew That Helped Save Him

Family Visits Station 12 With Gratitude, And A Message For the Community 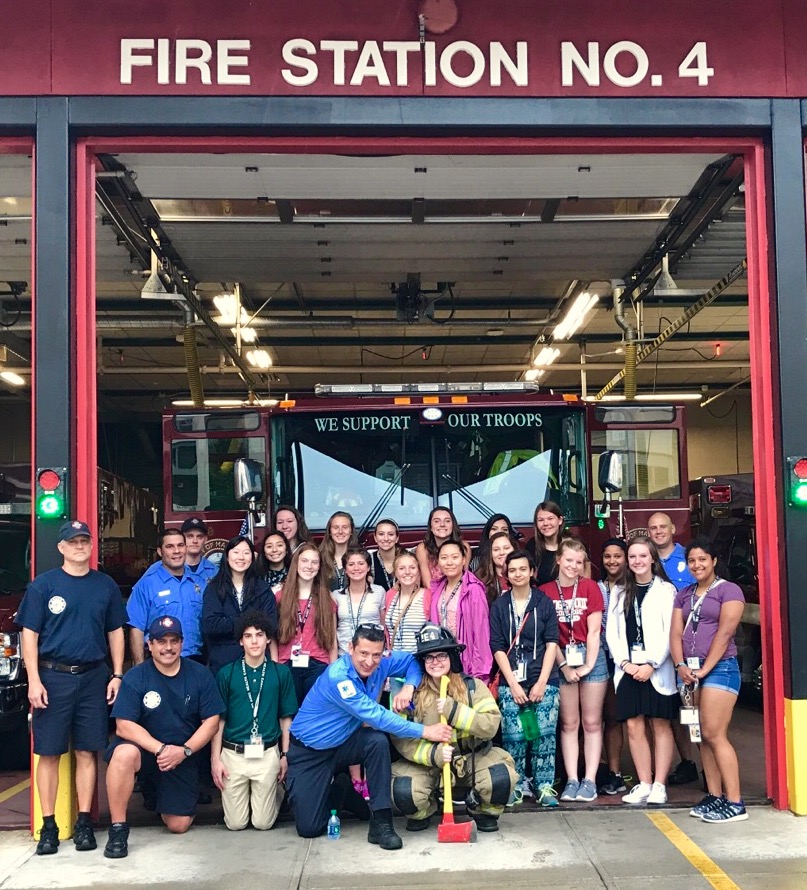 It’s not every day our members get a status update on the patients they’ve helped in a time of great need. That’s why the McKee family of Oregon, Wis., felt it was especially important to stop by Fire Station 12 to let the Firefighter/EMTs there know they made a big difference...

McKee was in the middle of a meeting at work when his heart suddenly stopped. Initially, his co-workers thought he was having a seizure. They lowered him to the floor and dialed 911.

Engine 12, out conducting fire inspections in the neighborhood, happened to be nearby when they received the dispatch. Within moments they were in contact with Chad and discovered he had no pulse.

The crew swung into action. As two firefighter/EMTs alternated in providing chest compressions, another established an airway, and the fourth set up an Automated External Defibrillator (AED). Several shocks were given, and a couple doses of epinephrine were administered by Middleton paramedics.

Engine 12 personnel assisted Middleton paramedics during transport to the hospital, but McKee’s prognosis was still uncertain when they parted ways with him.

Three weeks later, the McKee family is thrilled to report that Chad made a “remarkable recovery.”

“If you met him now you would never know what happened three weeks ago,” said Chad’s wife, Ange.

The McKees may never know why Chad’s heart stopped beating, but if there’s one lesson they can impart on the community following this experience, it’s this: Learn CCR or CPR.

“This could have gone very differently if they didn’t start chest compressions right away,” Ange said. “I want people to know that continuous compressions work.”

Chad’s company also realized the importance of having an AED on hand. They’ve made plans to purchase and install an AED on site so those who have been trained on CCR and AED activation can intervene even before paramedics and EMTs arrive.

On a recent Sunday, the McKees headed over to Station 12, where they caught up with the A-shift over dinner and dessert. It was a special occasion for the crew, and it was especially important to the McKees to have the chance to show their gratitude.

“They do this every day without a thought,” Ange said, “but they’ve affected our lives forever.”

This content is free for use with credit to the City of Madison - Fire and a link back to the original post.
Category: General, Station 12
Tags: Madison Fire EMS