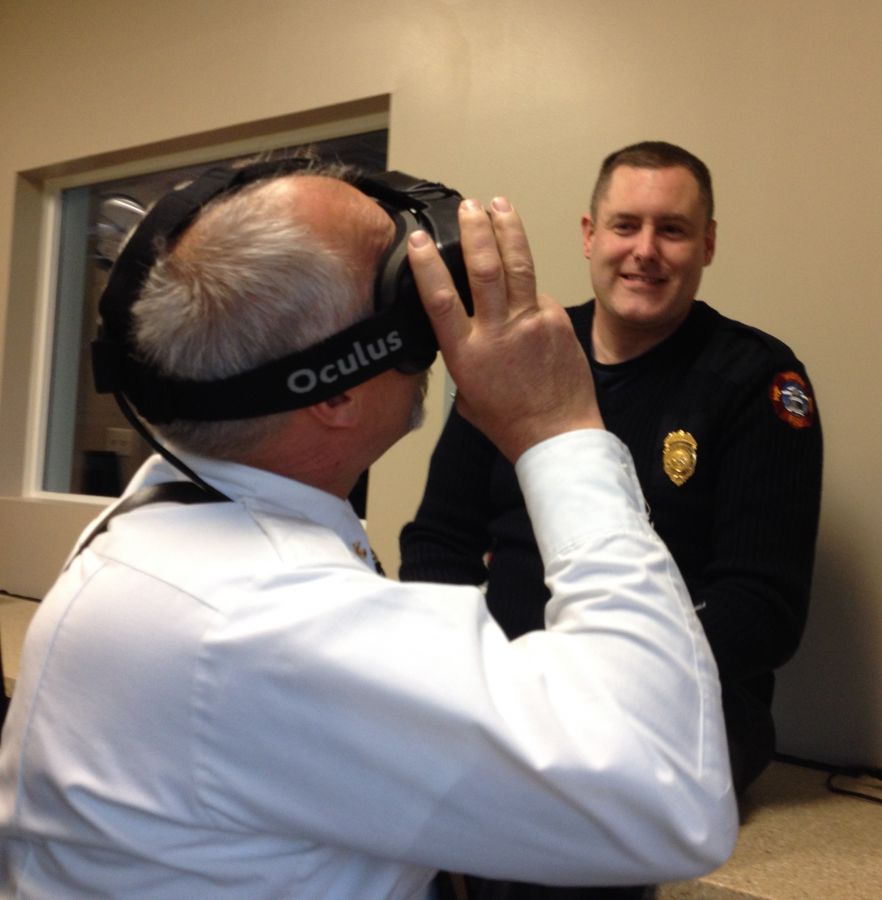 MFD Apparatus Engineer Wes Ecker (pictured in the background) has been hard at work on a virtual reality-based training system designed to allow firefighters to simulate real-life situations in a relatively safe environment.

Just as other agencies, like the Madison Police Department, use video simulators to condition new officers to stressful environments, Ecker’s training system brings a 21-century twist to standard firefighter training.

Ecker has been testing a headset prototype expected to be on the market this year. Used along with other software tools and code he writes himself, the final result is a comprehensive simulation powered by PC or laptop.

The headset gives the user a vision-filling, head-tracking, three-dimensional view of the virtual fire scene. To a degree, it fools the brain into thinking what's going on is real.

The goal, of course, is to add some of the stress of a real fire scene (disruptive noise, smoke and fire visuals) while making the user perform their size-up tasks and decide on initial assignments, etc.

This all is accomplished without having to destroy property or put anyone in a situation too dangerous to be recreated.

Going beyond many of the traditional two-dimensional size-up practice tools currently available, the virtual reality simulator allows users to look in windows, move around, and view a building from multiple angles in a natural manner, the way a firefighter would at an actual incident.

As for the aerial operations, the stereoscopic 3D provides the user with a good amount of depth perception. A firefighter could do an effective job of placing the tip of the aerial ladder where he or she wants it.

The system is not without a downside: People who are prone to motion sickness might struggle with the headset. The program can still be viewed on a projector or large display, but the illusion of total immersion would be lost.

An innovative tool that combines practical skills with the principle of stress inoculation, virtual reality may soon find its place in the mainstream of fire service training. 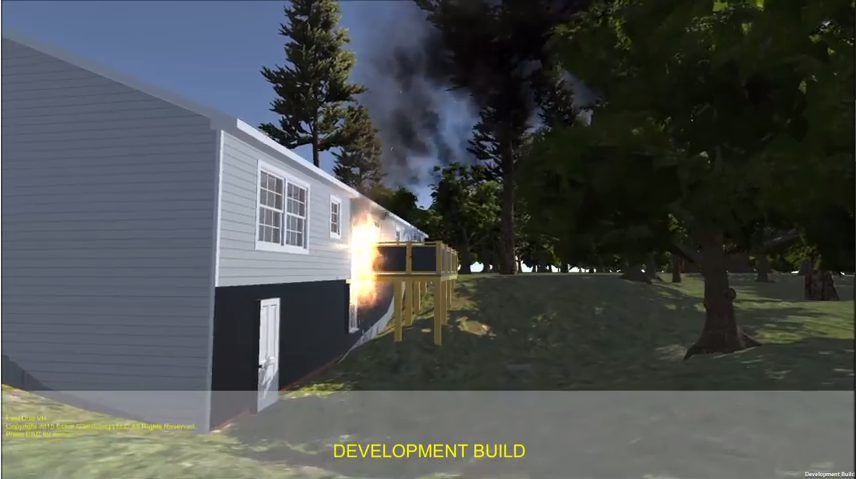 Pictured Below: A video simulation of a structure fire as seen during a firefighter's initial 360-degree exterior sweep of a building.

This content is free for use with credit to the City of Madison - Fire and a link back to the original post.
Category: General, Station 13
Tags: Madison Fire EMS, Meet the MFD, Training & Professional Development