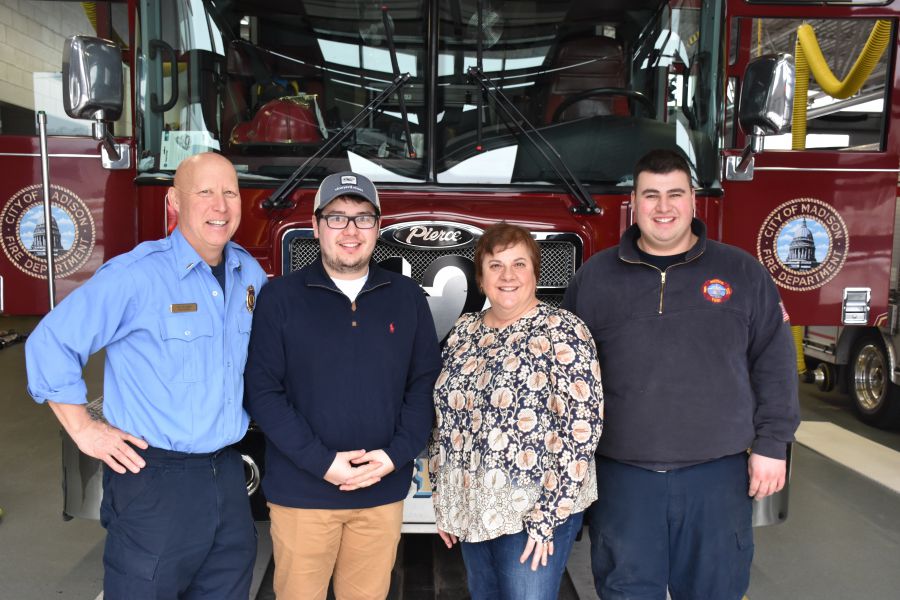 It was the motto of the Japanese-American 442nd Infantry Regiment of the U.S. Army during World War II, and it’s been a career-long mantra for Lt. Rick Miyagawa, who retires from the Madison Fire Department after 30 years of dedicated service.

Meaning “to wager everything,” the phrase exemplifies the spirit with which Miyagawa forged his path in the department.

“Go for it. See what happens!”

Miyagawa’s roots in Madison run deep. The West High graduate says he’s proud to be a life-long westsider. By his estimation, he’s one of the lucky ones who figured out at a young age that Madison is a great place to live. In fact, he says some of his best years at the MFD were spent serving his own neighborhood from Fire Station 4 on Monroe Street.

“I grew up between (Stations) 4 and 9. That was home,” he said. “I knew every street, every alley, every building when I was down there. I was comfortable there.”

He was drawn to the fire service when his childhood best friend went into fire science. For Miyagawa, it turned out to be the perfect career because he “doesn’t sit still very well.”

As an Apparatus Engineer at Station 2, he found himself one day as the first-in acting officer at a fire on Junction Road. Ladder 2 was dispatched in a single-engine response for a leaking gas grill on a fourth-floor balcony. As they rounded the corner to the apartment complex, the fire which began at the neck of a propane cylinder spread to the base of the balcony, up the wall, into the eaves and attic, and onto the roof.

“For a single-engine response to grow into a multi-million dollar loss…” Miyagawa reflected. “…Yikes.”

All told, the incident grew into a two-alarm response that took over two hours for firefighters to control and resulted in $2 million in damages, but it also catalyzed a change in City ordinance pertaining to the use of grills on balconies. 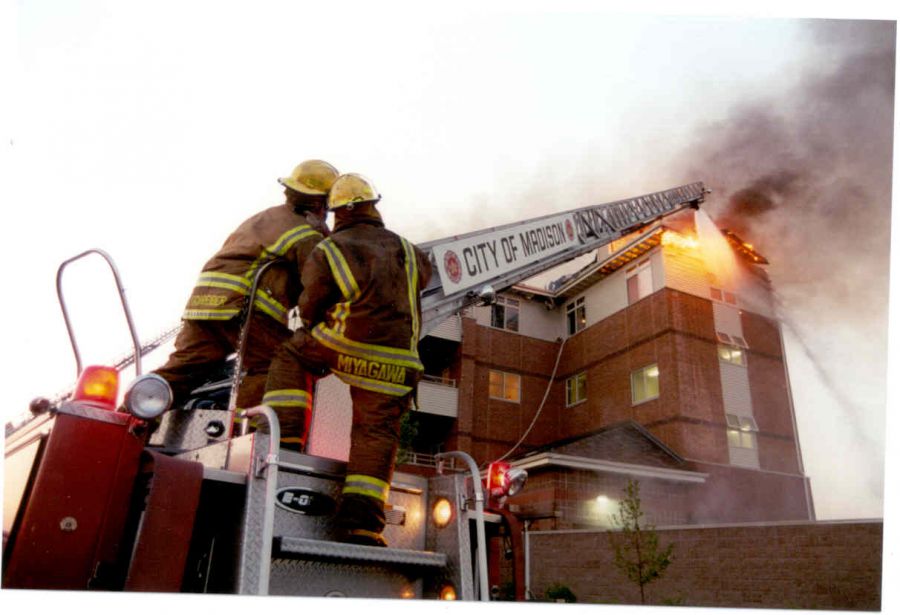 In addition to firefighting, Miyagawa was a longstanding member of the MFD Tech Rescue Team, which eventually came to be known as the Heavy Urban Rescue Team (HURT). Though the HURT is based at Station 8 on Madison’s east side, he served as a satellite member while continuing to work at fire stations on the west side. The training brought experiences he would never have found anywhere else.

“How many people get to go rappelling at the Kohl Center and Field House, or get to jump off a water tower, or go to Volk Field to work in ‘The Pile?’” he said, referencing a military training ground where the HURT simulates a building collapse.

His father was a national collegiate championship boxer, a sport that brought him family to Madison from Maui in the 1940s. So it may be no surprise to find that athletic talent runs in the family.

In addition to coaching his sons’ baseball, hockey, and lacrosse teams, Miyagawa has been a member of the Madison Fire Department's hockey team since its inception. He says playing left wing, #9, has not only been fun— it's been rewarding.

“Hockey is a sport I really love,” he said. “And we’ve done great things for the Make-A-Wish Foundation.”

The Madison Firefighters Hockey Club’s mission includes supporting charitable organizations in the community. When the team won a national tournament in Nashville last year, it donated its $1000 prize to the Mosquitoes, a local disabled youth hockey team.

Miyagawa looks forward to playing with the team well into retirement, starting with the Battle Of the Badges 2017 Hockey Classic on January 28.

There are also more travel opportunities on the horizon. With a family visit to Maui in March, a summer in Alaska, and a September hunting trip to Montana, there’s much to look forward to. But his heart — and home — will remain in Madison. Plus, his son Richard continues to serve as a firefighter at Fire Station 3 on Williamson Street.

“I’m very proud to say I was born and raised in Madison and had the opportunity to work for the City of Madison,” he said. “But it’s time to free up these lieutenant bars for someone else.”

To his successors, he has one simple message: Go for broke. 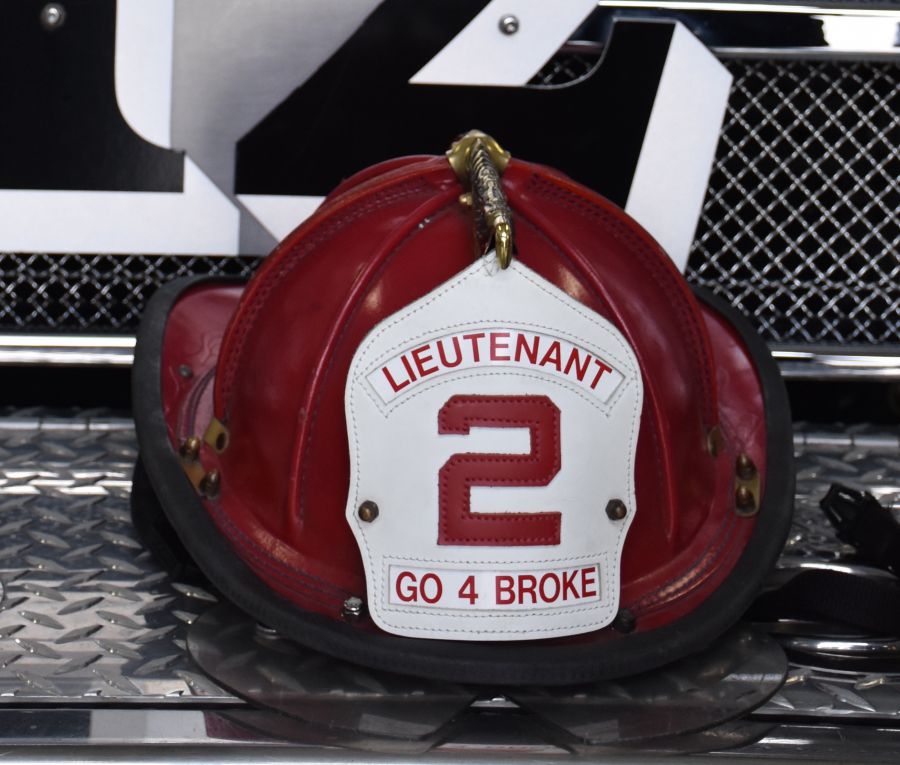 This content is free for use with credit to the City of Madison - Fire and a link back to the original post.
Category: General, Station 2, Station 4, Station 12