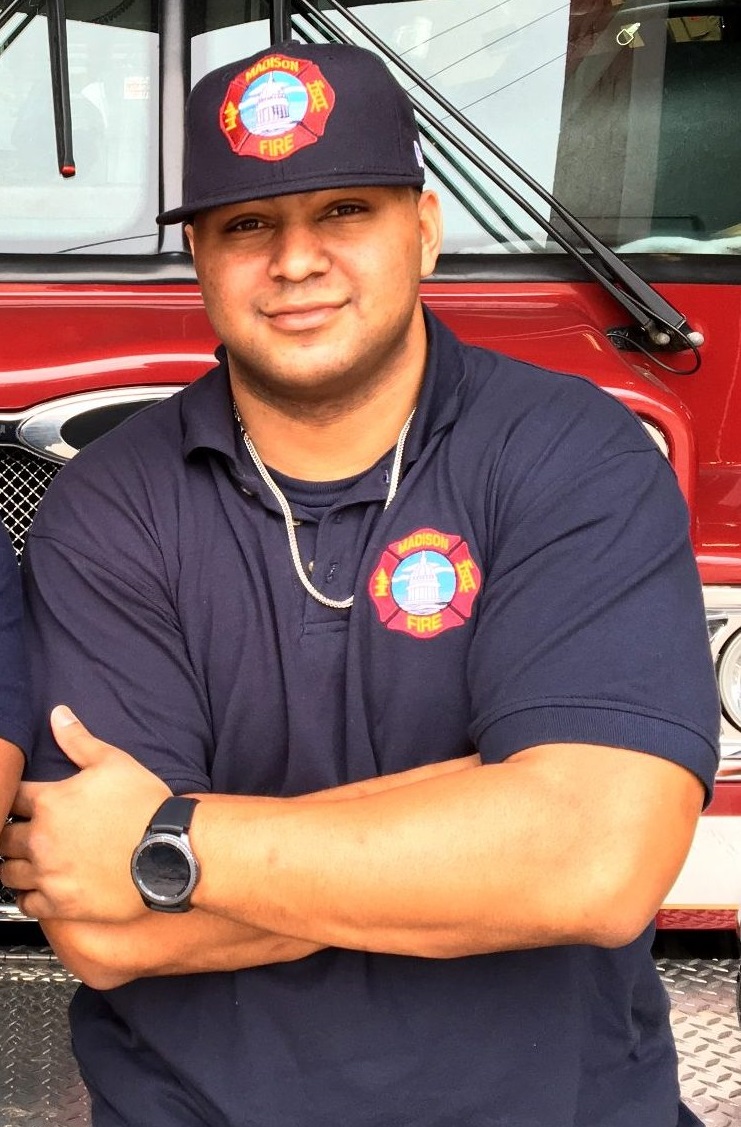 One year ago today, our department was shaken by the untimely death of our dear friend and brother Richard Garner. One year later, Rick's friend and ambulance partner David Guthrie shares these memories of a man we all remember as generous, caring, gregarious, and kind:

If there is one thing that really sticks in my mind regarding Rick it would have to be his selflessness. When I first met Rick, I thought he was loud and sort of a “Mr. Know-It-All.” I judged him by the very limited interaction I had with him. I judged him from the stories I heard. But then I got to know the real Rick. I learned why he was loud and why he talked so much, and I was fortunate to get to know who Rick really was.

I realized that he talked so much because he cared so much about others. I never knew this about Rick until we got to be on the same crew at Station 10, and later being medic partners on Medic 10.

Rick treated everyone the same, whether he knew someone for five minutes or five years. He treated everyone fairly, and he would go out of his way to help anyone out, no matter the size of the need or request. Rick always put others before himself.

One story that comes to mind, and really made me realize who Rick was, dates back to June 2017. I was doing some landscaping around our new house, and I had texted everyone on my crew, 10C. It was just after the school year had let out, so a lot of people were out of town on trips or had other things going on. Rick texted me that night and said that he wasn't sure if he was going to make it but that he would try. I figured, since it was a nice summer night, he was probably out with some friends having fun, and I told him not to worry about coming out if he had stuff going on.

Well, about 7:30 or so the next morning, I was out in the yard getting all the equipment out and ready to go when all of a sudden I hear the exhaust of a Harley coming down the road. I knew it was Rick.

Rick comes flying down my street, pulls in my driveway, and with his goofy smile says, "You’re not done yet!" Then he proceeded to ask me if I had any shovels for people who were above average height.

So we started to work, and a few other guys rolled in to help. It was almost noon when I was going to start ordering some pizza and having some refreshments ready.

That's when Rick said, "Hey Guth, I'm good. Not sure how much longer I'm going to stay, I gotta drive back to Racine."

I looked at Rick and said, "Back to Racine? You drove all the way from Racine this morning just to help me out?"

He said, "Yeah, why not? You said you needed some help."

I couldn't believe it. He had literally gotten on his bike at probably 5:30 in the morning to drive two hours to help me do landscaping in the 90+ degree heat, and now he was going to drive back to Racine. He hung out a bit longer and then took off. He wouldn't take gas money, food, or anything. Rick did more for me in the short time that I knew him than some of my friends I’ve known my entire life.

Rick lived life to the fullest. He gave everything that he had to help others, and he never once asked for anything in return.

This content is free for use with credit to the City of Madison - Fire and a link back to the original post.
Category: General, Station 10, Station 5