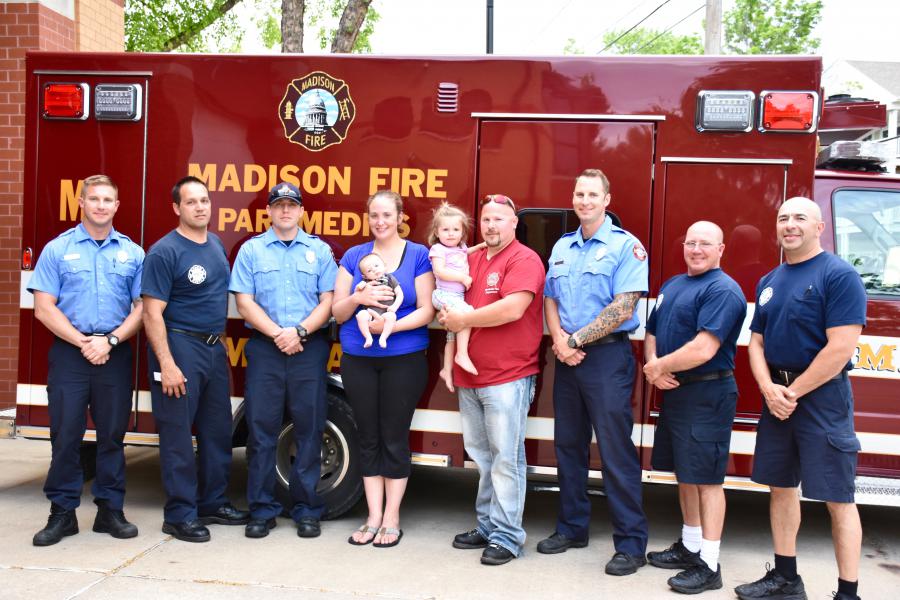 “Where were you born?” For many of us, the answer is usually the name of a town or hospital. For little Jax of Monticello, Wis., the answer is extra special…

Jax’s mom, Monica, went into labor around midday on March 19, 2017, just a day after her due date. Around 5:30 p.m., she and her husband, Shawn, packed up the car and headed from their home in Monticello to UnityPoint Meriter Hospital in Madison.

Around the time they reached McKee Road in Fitchburg, there was no more waiting: Jax was ready to go!

It was just before 6 p.m. when Ladder 6 and Medic 6 received the dispatch alert for an imminent delivery. They were to look for a vehicle pulled over on northbound Verona Road headed toward the Beltline.

Within six minutes, the crew was on scene and assisting Monica into the ambulance. Medic 6 pulled away toward the hospital with lights flashing and sirens blaring.

Only a minute into transport, Monica started having another contraction. Medic 6 pulled over to the side of the Beltline. That’s where Monica gave one last push, bringing their second child, affectionately nicknamed “Beltline Jax,” into the world at 6:13 p.m.

Paramedics wrapped up baby Jax in a blanket and handed him to Mom as the ambulance completed its journey to the hospital.

Nearly three months later, Jax is a happy and healthy!

He, his big sister Alexa, and Mom and Dad stopped by Fire Station 6 to reunite with the crew that came to their rescue on that fateful day. For most involved, it was their first experience helping deliver a baby, and each earned a stork pin to commemorate the occasion.

Over a delicious firehouse meal, everyone took a moment to hold Jax and reminisce about the call they’ll never forget. 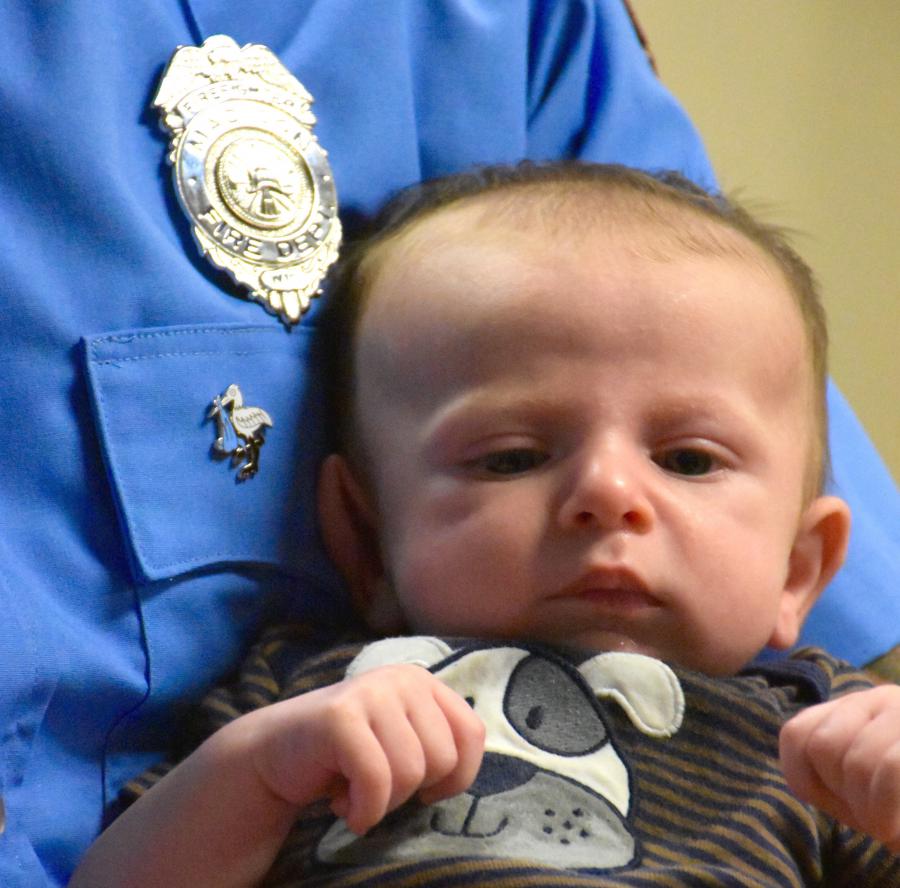 This content is free for use with credit to the City of Madison - Fire and a link back to the original post.
Category: General, Station 6
Tags: Madison Fire EMS