'Junk Drawer' Fire Was The Result Of Exposed 9-Volt Battery

A fire that flared up in the “junk drawer” of an east side home is believed to be caused by an exposed 9-volt battery coming into contact with a metal object.

Engine Company 14 responded to the 4200 block of Jerome Street, where homeowners said they noticed smoke coming from a drawer in their kitchen. When they opened it up, flames flared up. They removed the drawer from the kitchen, took it outside, and doused it with snow to put the fire out.

The drawer contained a number of electrical items, including assorted batteries, some of which were not stored in any kind of packaging. About 30 minutes prior to the fire, the homeowner had placed two charging cords in the drawer. The responding fire investigator concluded that when the homeowner placed the charging cords in the drawer, the introduction of this cord or the movement of the drawer contents brought a metal object into contact with a battery. This caused a short that produced enough heat to ignite other materials inside the drawer.

The damage the fire produced was minimal thanks to the homeowners catching it early and taking actions right away.

Many households have at least one “junk drawer” or storage space where charging cords, batteries, keys, and other miscellaneous items are kept. The Madison Fire Department warns to keep extra batteries stored in their original packaging, or to maintain the plastic cap that protects the positive and negative posts on the end of 9-volt batteries. This prevents the batteries from coming into contact with other metal objects, which poses a fire hazard.

NOTE: An earlier version of this report stated that the fire resulted from the metal end of a charging cable coming into contact with a 9-volt battery. Fire investigators could not conclude that this was the exact cause of the fire. 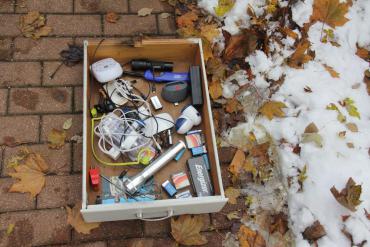 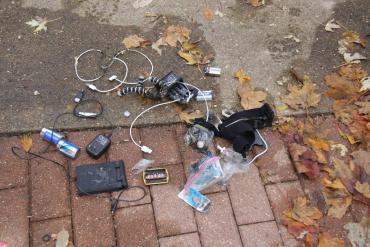 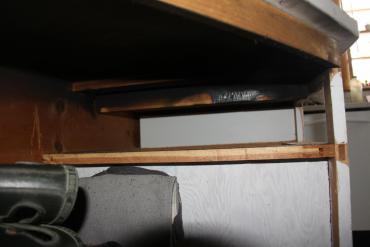