The Madison Fire Department has learned that the swan rescued from Lake Mendota Sunday afternoon has died from illness, but the lives of other wildlife may have been saved by this rescue.

“Once the swan was back on land, our volunteers quickly transported it back to the Dane County Humane Society’s Wildlife Center for a full exam. It had extremely high levels of lead in its blood, and although we started treatment right away the swan did not make it through the night. We are sad to lose this patient, but a silver lining is that the swan passed away in a warm and quiet place rather than suffering in the cold. Taking this swan out of the area also prevented the two bald eagles present from being exposed to another source of lead. This rescue reduced suffering for the swan, and possibly saved the lives of the two eagles.”

A tundra swan is on the mend after it was found stranded on the ice of Lake Mendota Sunday afternoon.

The Madison Fire Department was called to Picnic Point to assist the Dane County Humane Society, which received multiple calls from citizens concerned the swan may be frozen to the ice. Engine Co. 9 and the MFD’s Lake Rescue Team responded, along with the UW Police Department.

The swan was about 200 feet from the shore west of Picnic Point and appeared to be unable to move. With eagles seen circling in the area, time was of the essence for the struggling swan.

The Lake Rescue Team launched its airboat, which is equipped to traverse both water and ice, and received specific instructions from the Humane Society on how to approach and handle the swan.

The swan grew more animated as the loud boat approached. Though it appeared to not be frozen to the ice after all, it was having difficulty moving.

Per the Humane Society’s instructions, MFD Lake Rescue Team members delicately placed a towel over the swan to calm it down, then carefully picked up the swan, and placed the swan in the crate provided to them.

Bystanders, UWPD officers, and fellow MFD firefighters applauded the rescue as Lake Rescue 1 safely delivered the swan back to shore. UWPD assisted in transporting the swan to the base of Picnic Point, where it was turned over to wildlife assistants from the Dane County Humane Society to receive proper medical attention. 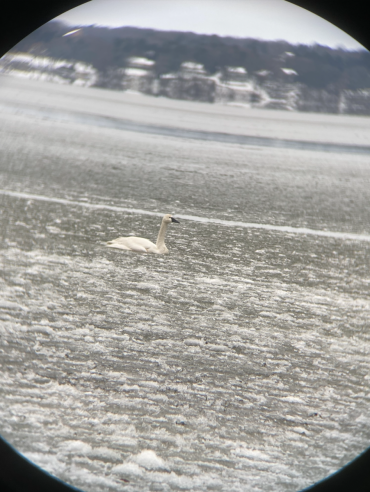 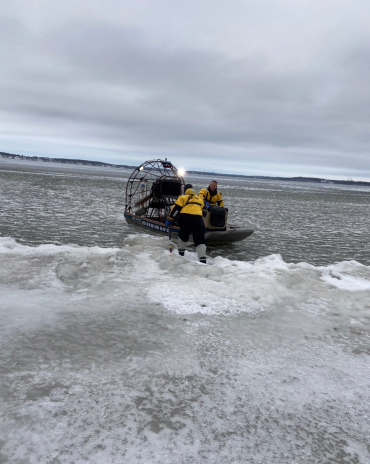 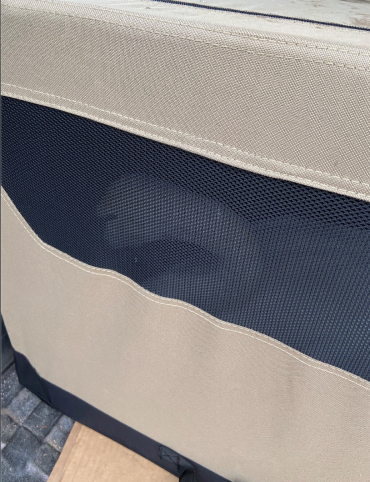