"We’re pleased to announce the addition of the ninth paramedic ambulance to our EMS service," said Madison Fire Chief Steven Davis. "With the addition of the ambulance, the Fire Department will be able to better serve the southeast residents, Town of Blooming Grove, and the city as a whole."

Medic 14's placement at Fire Station 14 on Dairy Drive allows the Madison Fire Department to enhance its paramedic-level service to the area while also providing hospital transport sooner for patients who need it. Prior to Medic 14’s activation, ambulance response to Station 14's territory was typically provided by Medic 5 located on Cottage Grove Road, Medic 6 located on W. Badger Road, and/or Medic 8 located on Lien Road. Engine 14 had been staffed with at least one paramedic each day to provide advanced emergency medical care on scene until an ambulance arrived to continue treatment and transport the patient to the hospital.

"Providing health and safety services for our community is a top priority for the City of Madison," said Madison Mayor Satya Rhodes-Conway. "I am pleased that the new ambulance will improve the quality of care and reduce response time for calls on Madison’s southeast side. I want to thank Chief Davis for his leadership on this issue, and the District 16 alders— Denise DeMarb, Mike Tierney, and especially Alder Jael Currie— who have advocated for this investment over the years."

Activation of the ninth ambulance comes after widespread support from the Madison Common Council, as well as years-long advocacy from constituents on the southeast side.

"I am relieved the City was able to get a ninth ambulance in service this year and earlier than anticipated! The improved services could not come at a better time for our community and I am so pleased members of the Madison Fire Department, Finance Department, Common Council, and the Mayor's Office worked together and alongside long-time advocates in order to deliver this collective win,” said District 16 alder Jael Currie.

Fire Chief Davis added, "We in the MFD are all very grateful to Mayor Rhodes-Conway and the Madison Common Council for providing the department the resources necessary to improve our service delivery. The addition of the ambulance will help reduce the department’s ALS response times to a scene, and greatly improve the ability to transport patients across the system." 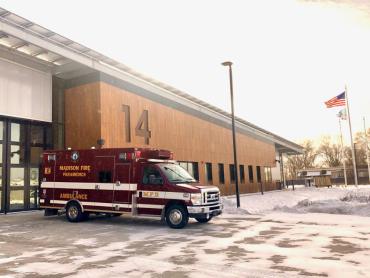 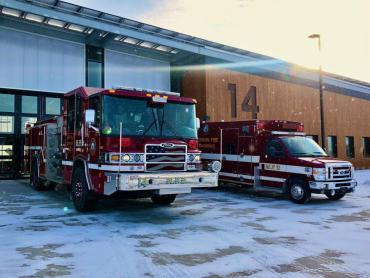