Today, I joined Alders Heck, Foster and Vidaver, along with our Director of Transportation Tom Lynch, Traffic Engineer Yang Tao, Pedestrian-Bicycle Administrator Renee Callaway and Robbie Webber from Madison Bikes to celebrate the 24th annual Madison Bike Week. The week, occurring now until Saturday, September 18, celebrates biking to work, school, a park, the library, a restaurant — or riding a bicycle simply to feel the wind blowing. It also highlights the importance of safe, well-lit, and clean bike lanes and intersections throughout the city.

Madison is consistently recognized as one of the most bike friendly cities in the United States, and is one of five cities recognized as a Platinum Bicycle Community by the League of American Bicyclists. Our city currently has over 65 miles of paths and over 160 miles of bike lanes and bike boulevards. Every year we invest in new projects to add paths, lanes and boulevards while maintaining our current infrastructure. Madison is committed to building a bike network that reaches the entire city, and to addressing gaps in the bicycle network in order to improve usability of the system and appeal to potential cyclists of all ages and abilities.

The City is also committed to eliminating serious and fatal crashes on our streets through our Vision Zero initiative. Everyone in Madison deserves to be safe as they move about their neighborhood and our city.

Combined with improved transit and safer streets for walking, I aim to make Madison a place where everyone, regardless of their age or ability, has realistic, comfortable, safe, and easy options for getting around the city. Bicycling is a great choice for those trips with a distance too far to walk, but maybe not logical by transit. 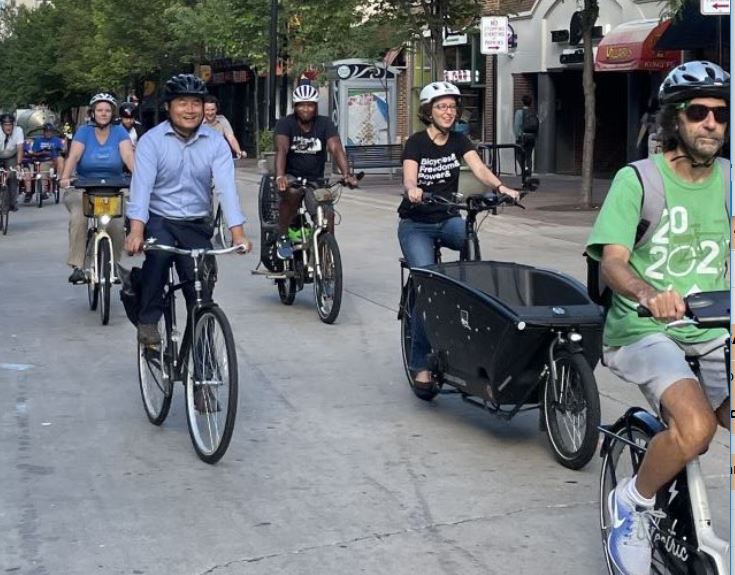 This content is free for use with credit to the City of Madison - Mayor's Office and a link back to the original post.
Category: Sustainability
Tags: Bike Week, Madison Bikes