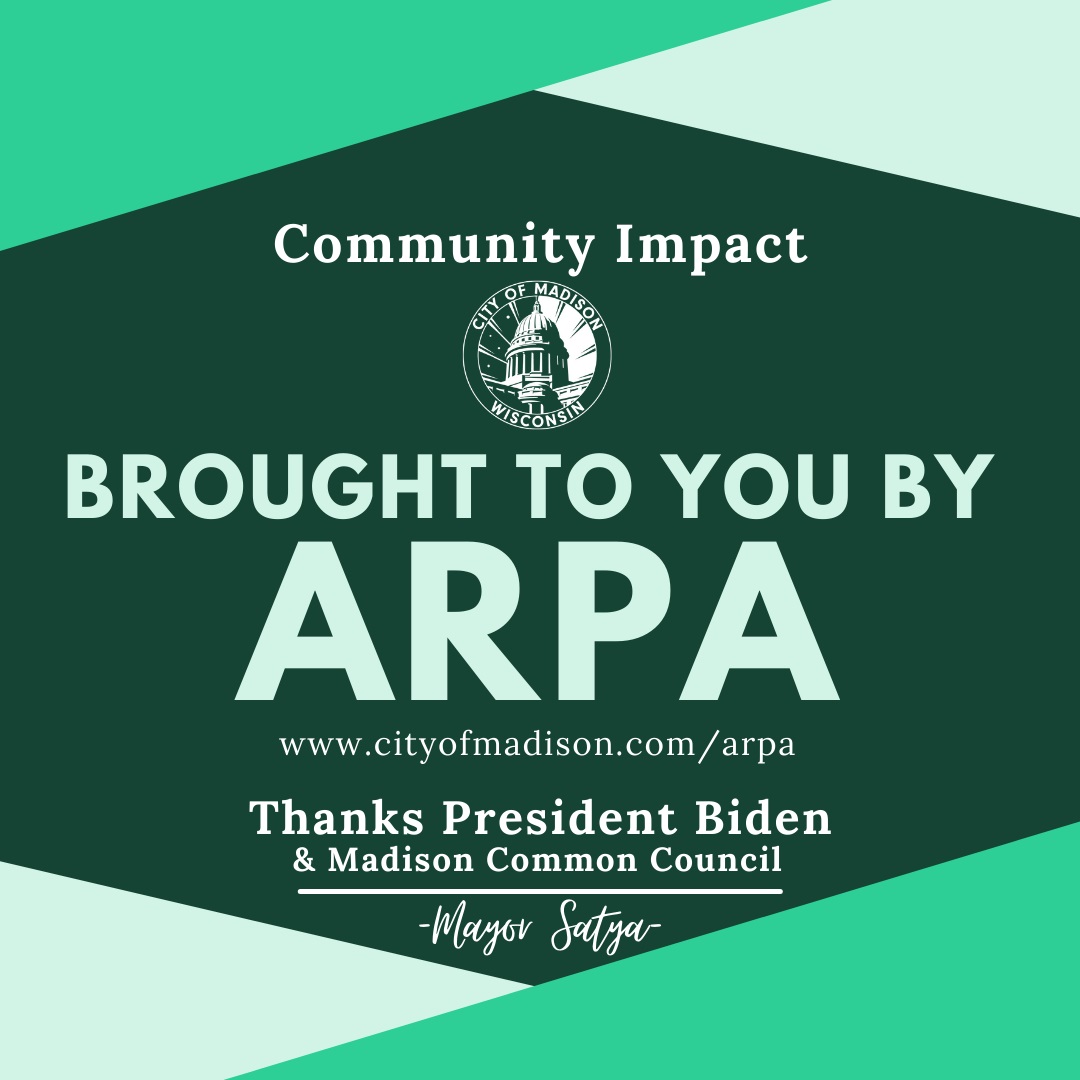 In July 2021, I submitted, and the Common Council approved, a plan to allocate $22.8 million of American Rescue Plan Act funds to community investments, including almost $8.3 million to be spent in 2021. Of this immediate allocation, $150,000 in ARPA funds will be used to support connection to basic needs for Madison’s most vulnerable populations. I’m glad to say that these funds have been vital in stabilizing many Madison residents into the new year.

One partner in this work was Tellurian. Funds allocated for Tellurian’s work allowed the organization to conduct outreach to more Madison residents experiencing homelessness than ever, especially during non-traditional business hours when other agencies are not open. It also expanded transportation assistance, which allowed Tellurian to increase the amount of funds provided to car campers. Tellurian was able to exceed its goals for number of people with disabilities served, and increase the overall number of individuals served more than two fold.

This funding also supported Outreach, an organization that specializes in supporting Madison’s LGBTQ+ community. Outreach assisted 54 LGBTQ+ adults and families in the Madison area, providing basic needs including assistance for transportation, food, utility bills, clothing and housing. They too were able to double their goal of individuals served, and served nearly 4 times more families with children experiencing homelessness than they expected. The ability of these organizations to exceed their goals by such margins goes to show that they are addressing dire and widespread need in our community, and that by funding community organizations that know best how to serve their communities, these ARPA funds can have the greatest impact.

Each of these numbers represents someone’s story. Empower Home, a program of YWCA Madison, was also a recipient of these ARPA funds. In one case they were able to provide direct financial support to a mother to cover unexpected daycare costs, which allowed her to keep working. After the father of her child was ordered to pay child support, there was a decrease in the daycare financial support she had been receiving from the State. Empower Home was able to provide support that allowed her to come to an agreement with the daycare and avoid losing her job. She is hoping she will soon receive a promotion and hopes to find permanent housing in the near future.

Another Empower Home participant was able to replace a flat tire on her personal vehicle. With her new home, she has been able to stabilize herself and her daughter. She has been attending school for psychology, with a goal to work with youth in her community. She also won the Stark Scholarship, which has allowed her to pay for her final semester of schooling, along with books and technology support she needed.

Yet another Empower Home resident and her 1 year old baby were referred to the program from a homeless shelter. When she enrolled in Empower Home, she did not have any form of income or financial support but received direct assistance in the form of a rental subsidy. Once in the program, she was able to obtain W-2 benefits, which allowed her to look for a job and daycare. While in the program, she received case management support to address domestic violence issues and her abusive ex-partner, which included family court, restraining orders and support from MPD. Now that she is nearing program completion, she has a stable job and expects a promotion to a managerial position shortly. She will be transitioning to community housing in a rental home, where she will also receive support from a Rapid Rehousing Program.Stories like these make real the incredible number of people these organizations were able to support through this ARPA allocation. I’m grateful to our partner organizations for their work, and to the Biden administration for making ARPA funds available directly to cities. I look forward to further success stories as we continue to implement ARPA-supported programs here in Madison.

Update 2/9: The language above has been edited to reflect that not all $150,000 of program funds have been expended to date.

This content is free for use with credit to the City of Madison - Mayor's Office and a link back to the original post.
Category: Equity
Tags: ARPA