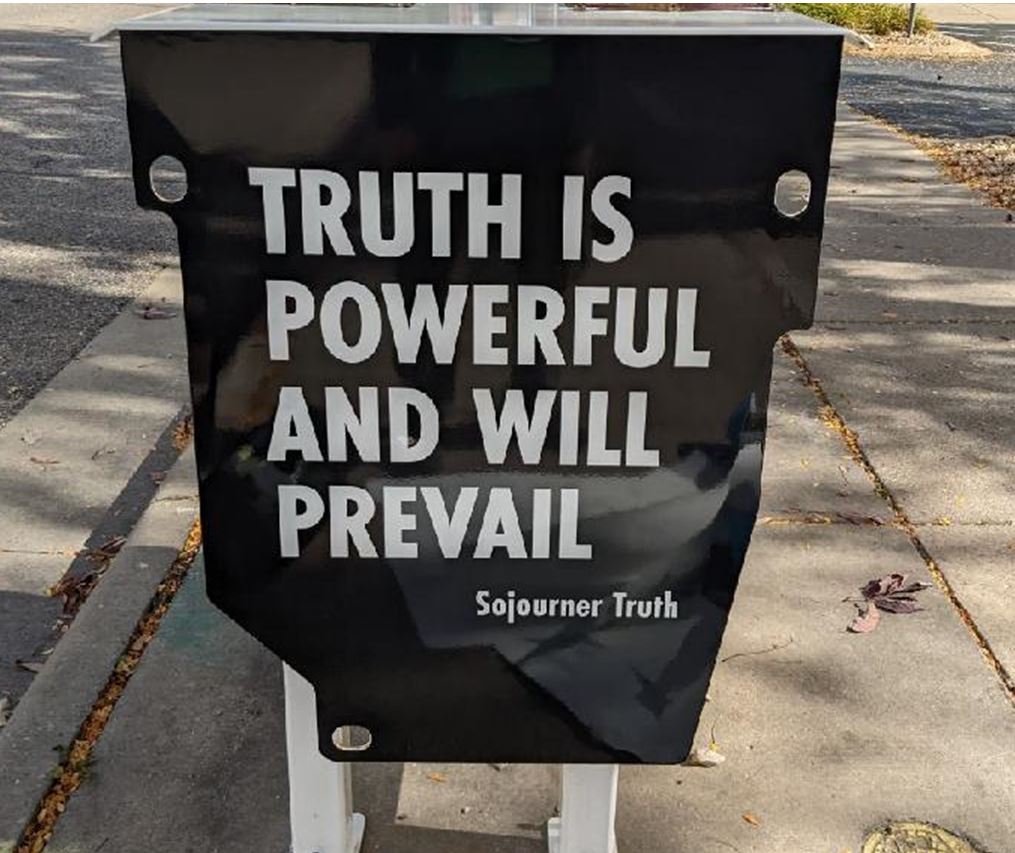 In the face of the erosion of such fundamental democratic pillars such as truth, voting rights and the rule of law, this week the City of Madison will shroud the drop boxes in the artwork of internationally known artist Jenny Holzer, who lifts the voice of many in hopeful messages about enduring democracy.

“This court decision is one in a long line of decisions that negatively impacts voters in Wisconsin. Unfortunately, it disproportionately impacts voters with disabilities and voters of color in cities, including Madison,” said Mayor Satya Rhodes-Conway. “The ability to vote easily, safely and securely is fundamental to our democratic process. Rather than removing these secure ballot drop boxes, we wanted to transform them to share the powerful words of Sojourner Truth and to convey our community’s belief in democracy, voting rights and the prevailing power of truth.

“Holzer’s work is impactful, because it uses simple messages to engage the viewer and draw their attention to the topic at hand. The artist uses this Sojourner Truth quote because it also conveys the importance of gender and racial equality in voting rights. It is my hope that this artwork will hearten and inspire people who see it, and encourage everyone to vote this fall,” said City Arts Director Karin Wolf. 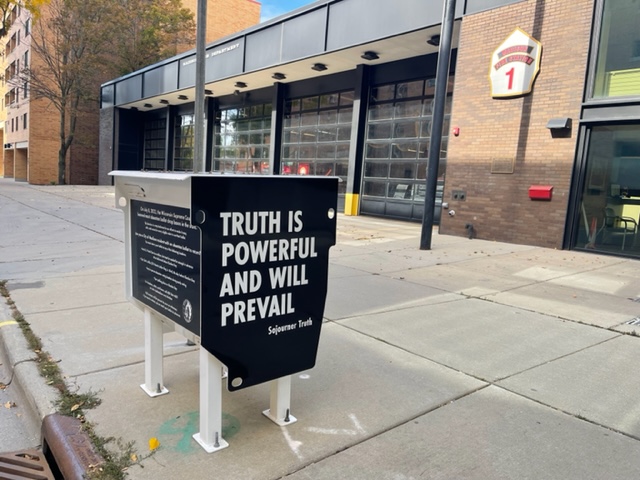 In 2020, Jenny Holzer, a New York-based artist, contributed her work for the YOUVOTE campaign and the City of Madison participated in this national get-out-the-vote effort by sharing her work for that project on kiosks, banners, murals and mobile billboards. After the Wisconsin Supreme Court’s decision this summer, the City approached Holzer about redeploying the Sojourner Truth quote that Holzer highlighted during the campaign. The City gratefully acknowledges the artist and Leah Kolb and Virginia Shore, independent curators collaborating with Jenny Holzer Studio, who helped facilitate permissions for the City to use this work.

The July Wisconsin Supreme Court decision banning drop boxes received national headlines. The decision is another in a long line of voter restrictions that has transformed Wisconsin over the years from one of the easier states to vote in to one of the hardest. According to a new study by the Election Law Journal, a peer reviewed law journal covering election and voting rights, Wisconsin became the 4th hardest state to vote in (2022 edition of Cost of Voting in America Study). The new ballot box art project is already underway and can be seen at Fire Station 1, 316 West Dayton Street.

This content is free for use with credit to the City of Madison - Mayor's Office and a link back to the original post.
Tags: ballot drop boxes, absentee voting, voting