It was an honor to join all members of the Madison Common Council last evening in recognizing June 19, 2021 as Juneteenth Day in Madison. This day, along with others throughout June is a great opportunity to celebrate the history of Black Americans in our community through a number of activities both virtual and in-person. I look forward to being part of the parade and Celebration in the Park on the City’s Southside on Saturday.

I want to thank the organizers, Kujichagulia, for all their work in establishing these wonderful celebrations. I would be remiss if I didn’t send a special thanks to City employee Annie Weatherby-Flowers for her years of work to make Juneteenth a part of our City celebrations. 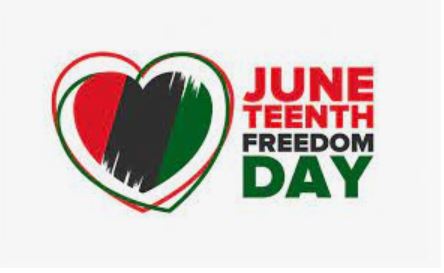 The text of the resolution is below:

WHEREAS, news of the end of slavery traveled slowly to enslaved laborers throughout Texas, with some plantation owners keeping the news from them until after the harvest of that year; and

WHEREAS, although slavery was formally abolished in December of 1865 with the enactment of the 13th amendment to the US constitution, the amendment contains an exception for the labor of incarcerated individuals, which has incited a rash of practices, policies and laws targeting and disproportionately disenfranchising Black people in America through criminalization, exploitation of their labor, mass incarceration and voter suppression; and

WHEREAS, in 1866, emancipated communities began celebrating Juneteenth as Jubilee Day; and

WHEREAS, Juneteenth celebrates the continued resilience of people of African descent in America; and

WHEREAS, the City of Madison and Dane County representatives together raised the official Juneteenth Flag on June 1, 2021. The flag will remain raised until the end of the day on June 30th. The flag represents a new beginning: the burst surrounding the star represents the new horizon, opportunities and promises that lay ahead. The star represents the Lone Star State (Texas), a nod to where Juneteenth was first celebrated in 1865, and freedom of every Black African American in all 50 states. The colors red, white and blue stand for all Americans who cherish and stand for freedom; and

WHEREAS, according to Wallethub's recent study of 50 states, Wisconsin ranks as the state with the most economic racial inequality across eight major metrics, including median income, unemployment rate, homeownership rate, and poverty;

NOW, THEREFORE, BE IT RESOLVED that the City of Madison and all Madisonians commit to promoting racial equity and social justice, bringing meaning and significance to this day as we embark on ways to eradicate systemic racism though police reforms, addressing health disparities and economic inequities.

BE IT FINALLY RESOLVED that the Madison Common Council and Mayor recognize and celebrate June 19th, 2021, in commemoration of Juneteenth.

This content is free for use with credit to the City of Madison - Mayor's Office and a link back to the original post.
Category: Equity
Tags: Juneteenth